Top API security risks and how to fix them

What are the pitfalls that developers face, and how can firms fix top API security risks and mitigate common vulnerabilities?

As the Open Web Application Security Project (OWASP) – a not-for-profit foundation that focuses its efforts on improving software security – notes, the application programming interface (or API) has become the foundation for today’s ‘app-driven world’. “From banks, retail, and transportation to IoT, autonomous vehicles, and smart cities, APIs are a critical part of modern mobile, SaaS, and web applications and can be found in customer-facing, partner-facing, and internal applications,” writes the team. Widely deployed, APIs are part of the attack surface targeted by malicious actors, which is why it’s important for developers to understand the top API security risks and know how to fix them.

Whether you are building APIs using the SOAP protocol or implementing RESTful architecture, OWASP provides a useful 10-point checklist of the common pitfalls that developers face. And, importantly, the guide offers suggestions on how firms can address top API security risks. Top of the API vulnerability list is Broken Object Level Authorization.

Object level authorization is the mechanism deployed behind the scenes, which makes sure that API users only have access to objects, or data, that they are authorized to see. If the object ID received by the API endpoint is predictable and unchecked, then bad actors can simply change its value in the URL request to discover information that should otherwise be protected. To secure the API endpoint and shut down one of the top API security risks, OWASP recommends that global unique identifiers (GUIDs) should be random. And values need to be validated so that users can only perform actions on objects that they have genuine access to.

Closely related to Broken Object Level Authorization is Broken User Authentication, where vulnerabilities in the API’s user authentication mechanism give attackers access to user accounts on the system. Developers can quickly identify whether their setup is susceptible to one of the top API security risks by asking the following questions:

The best practice here, to avoid another one of the top API security risks, is to make sure that all data is filtered on the server side. Clients should receive just the data that they are entitled to see and nothing more – even if it is hidden to the user. Any additional data included within API responses will inevitably be discovered at some point. If the developer is lucky, it’ll be found by a security researcher who’ll report it through a vulnerability disclosure mechanism (if the API operator has one). But the danger is that a malicious user will simply hoover up all of the excess sensitive information, which is not a good look, potentially adding to an already long list of data breaches worldwide. 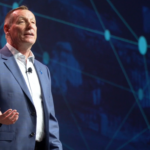 Regular users shouldn’t be able to access administrative endpoints. Bad actors will attempt to guess API endpoint URL parameters based on any exposed hierarchy, such as roles or groups used by the application. To harden systems, it’s important that API endpoints are thoroughly reviewed to identify any potential function level authorization flaws.

Properties that can be assigned by clients should be allow listed – for example, to prevent bad actors from setting their credit to ‘999999’. Also the entire API stack should be screened for possible security misconfiguration. Only HTTP verbs that are required by the API endpoint should be allowed. Any unrelated HTTP verbs should be disabled to reduce the attack surface and mitigate top API security risks.

Other common API security vulnerabilities to be watchful of include injection flaws. Malicious users could attempt to fool the interpreter into sending restricted data or executing unauthorized actions by including untrusted data within a command or query. Attention also needs to be paid to asset management, as well as logging and monitoring (to make sure that any potential API tampering doesn’t go unnoticed).