Is there a way to give technology a safe, trustworthy, economical second life? 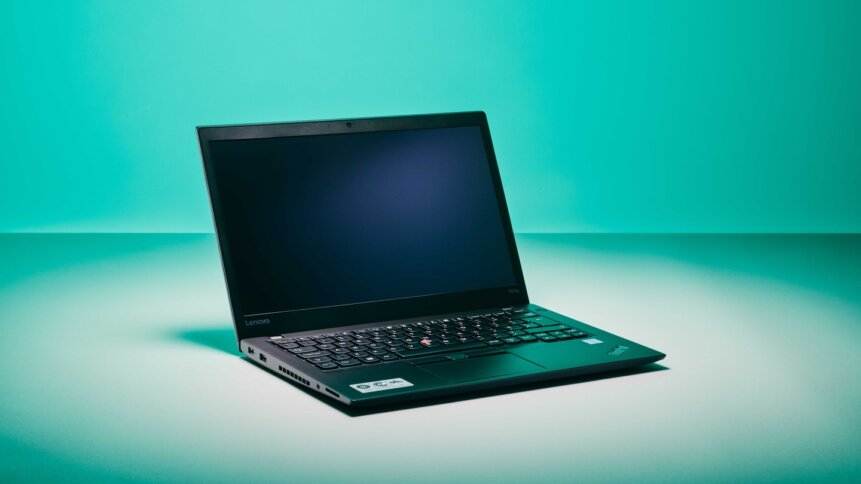 Shiny and new, or remanufactured? Bet you can’t tell the difference.

“The economy’s in trouble, the planet is burning, technology supply chains are stagnating and everything costs a fortune. Good luck business, here’s Tom with the weather.” Sometimes these days, the outlook for businesses can be undeniably bleak, especially if they’re trying to be ethical businesses and commit to standards like Net Zero. But what if there were a way to renew your technology, cut costs, and do your bit to save the planet? Yes, exactly, you’d think it sounded like an infomercial. But remanufacturing is growing in popularity across a range of business sectors – and the evidence is strong that it could revolutionize technology procurement processes, too. 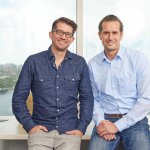 We sat down with Steve Haskew, Head of Sustainability at remanufacturer of business tech, Circular Computing, to get to grips with remanufacturing as a concept, and what it could mean for businesses.

First thing’s first. There’s a sense of mistrust in business about buying refurbished technology. Remanufacturing’s a different thing, we know, but firstly, what’s wrong with buying simply refurbished business technology and giving it a second life?

The concept of secondhand products is not new, and yes, the idea is that technology has its first life, all shiny and new and up-to-the-minute, and then, if it’s properly treated, it can have a second life. But what has happened in technology is that we’ve adopted a very linear behavior, because we have been sold on the idea of getting something new and shiny every other year or however often your purse can afford it. And that’s been adopted for the last 25 years or so.

The difficulty with mobile technology in a refurbished state is that it becomes like eBay. Stephen’s selling this iPhone, Tony’s selling “the same” iPhone, both as refurbished, but each device has its own particular first life, so it comes down to whether you trust Stephen more or Tony more, and you end up making the judgment call and living with the decision you make. 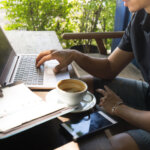 That’s fine on an individual basis. But if you scale that up to an organization, like an enterprise-level company or a government department, then you’re talking about 100,000 plus devices. And every single one of those devices has had their own, potentially very different first life experience, because every user operates their technology differently, and the categories of condition description are very broad. But it’s all categorized as refurbished technology. A reseller of refurbished technology cannot be prescriptive, because they don’t actually have a steady state. So it might be that as a technology procurer, I’ve gone and collected 1000 devices from a company who no longer wishes to use them. And I then have to sell those on. It’s very difficult for an organization to buy those 1000 as refurbished, because each one is different. So what happens is, I would then end up selling, for example, one device 1000 times. So on the way in, you have one times 1000, and on the way out, you’ve got 1000 times one. That’s exhausting and time-consuming, and subject to variation in both condition and price. 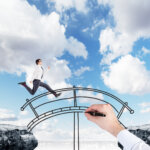 What about the argument that refurbished tech is, say, at least two years old, and the state of the art has moved on in that time, so the second life is likely to be curtailed in any case?

By definition, you’re correct. But it also might be that the shiny new machine in two years’ time has a few enhancements, it’s got a slightly curvier exterior, and it can offer you certain new features that the manufacturer will heavily load into their PR to sell to you. But fundamentally, if you think about it in car terminology, you can technically drive a Ferrari at 211 miles an hour, but my Volkswagen and your Ferrari will get us to work at exactly the same time because of the rules that apply equally to both. Every piece of technology that you currently have will have features you don’t use, and may not even know about. I mean, touchscreen technology, for example. I own a touchscreen laptop. I don’t ever use it as a touchscreen laptop. But the laptop has a touchscreen, and maybe when I bought it, it cost extra because it was touchscreen, and that was the latest enhancement that year, when I happened to need a new laptop. So we would argue that the strategy of the users is actually defined by the manufacturers, who’ll continue selling you features that you perhaps don’t need.

So technology’s being sold on the basis of “Ooh, shiny!” rather than “Ooh, necessary!”

Correct. There’s a lot of “Surely newer is faster and better” thinking in this equation. And it’s probably true in very strict circumstances. But you’d be surprised about the differentials. Say we take a new model laptop as having a speed of 100%. It might be 95% for a two or three-year-old machine, and the extra 5% for the new machine represents less than the blink of an eye. You’re still going to be able to do everything you can on the new machine on a machine two years or three years old. If you’re an organization that has deep data architects, or people that are manipulating very complex models, you might need that extra 5%. But in the main, a two or three-year-old machine will do everything you need it to do.

The definition of remanufacturing.

Okay, let’s get into it. What’s the difference then between refurbishment and remanufacturing?

Okay. Refurbishment is what people do to sell their technology on eBay. Flush the data, take it back to factory settings, polish the screen, do all the wash-and-brush-up stuff. In fact, the British Standards Institute, the BSI, defines refurbishment as “bringing an asset back to a good working condition.”

Remanufacturing is very different. The BSI defines that as “bringing a product back to as good if not better than new.”

If you think of the difference between those two definitions, it gives you an idea of what remanufacturing entails. Refurbishment is going to clean the product up, make it look as nice as it possibly can, and make sure it’s working.

Remanufacturing is what we do.

The product arrives, and we disassemble it down to sub-component level. Each of those sub-components gets fired off down the production line, where they are tested, they’re remanufactured, retested or replaced and then they go back onto the production line, they get reassembled, and in some cases replaced or upgraded. If something comes in with 8 GB of RAM and 256 GB of SSD, say, we might well replace that with 16 GB RAM and 512 GB before it’s reassembled, so we take note of the “newer and shinier” version being sold as new, and give the product more use and a longer second life. We standardize to that higher spec, just to create a steady state of reliability for the consumer.

And at the moment, we’re the only company that has the BSI Kitemark for this process. So if it leaves us, it leaves with the Kitemark on, which helps boost that trust factor when organizations buy from us.

In Part 2 of this article, we explore the potential of remanufactured technology to meet the varying demands of companies – and boards – in 2023 and beyond.