Devices currently on the market reveal the challenges of augmented reality vs mixed reality and may hint at obstacles facing Apple. 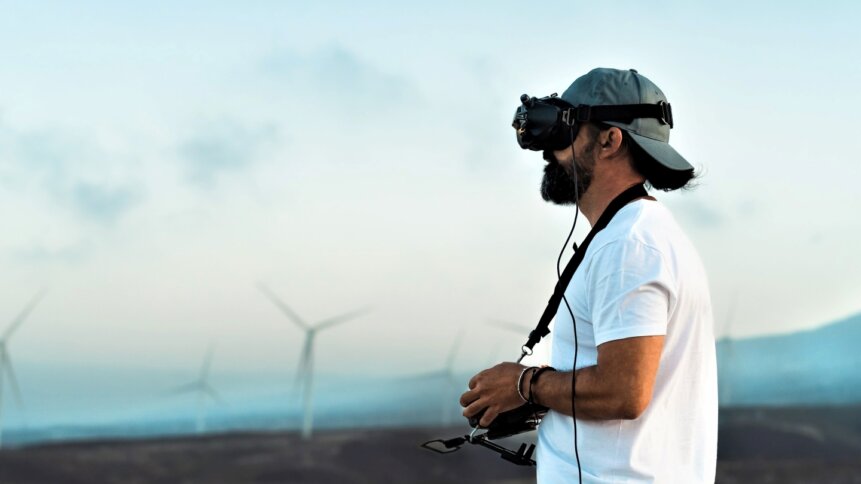 The latest round of Apple rumours suggests that the US firm is struggling to make augmented reality glasses work as a product, at least one that satisfies the company’s high bar on design and UX. Instead, if the tech gossip is to be believed, the Cupertino-based firm will be consolidating its efforts behind a mixed reality headset. If true, Apple will be competing with a range of developers offering mixed reality devices. Existing products provide clues on what Apple glasses will be capable of and possible use cases for the long-awaited wearable gadget. But before we get to the product pitch for Apple glasses, let’s examine the differences between augmented reality vs mixed reality to understand each category in more detail. 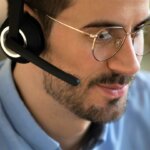 Computing giant Intel has done a great job of demystifying the virtual reality landscape, highlighting what sets virtual reality (VR), augmented reality, and mixed reality apart from each other. As Intel notes, VR has become an umbrella term for various technologies. But, at its heart, and dialing up the sci-fi, VR allows headset wearers to escape from the real world, albeit for as long as the batteries last. Considering augmented reality vs mixed reality, both are immersive. But unlike traditional VR, these variants allow the real world to bleed in. Augmented reality overlays information on top of the view as seen ordinarily by users. According to Intel, it enhances the real world with digital details. So how about mixed reality?

Mixed reality pulls together both real and virtual worlds. But the real world component could be taken from a camera feed, rather than from light streaming in through a pair of glasses. As a result, product form factors resemble headsets rather than spectacles. Picturing a wearable iphone-like device, turned landscape, as a starting point for mixed reality, Apple will naturally have to make some tweaks. Unable to swipe on the screen, users would need an alternative navigation surface, perhaps a touchpad somewhere on the outside of the headset. Voice control is another option, as well as eye-tracking. Apple has great device navigation skills to draw upon, exemplified by design wins such as the capacitive sensing click-wheel found on early iPods.

Design clues from Meta and HTC

Headsets give device developers more room to play with compared with augmented reality elements, which are often based around spectacle frames (a pinch point that we’ll dig into shortly). But the bulkier units become, the less appealing they are to wearers. Meta’s Quest Pro, which features handheld controls – also a potential option for Apple, which would sit well with its Apple Arcade ecosystem – weighs 722 g. Reviewers of the Meta device, note that its designers have been clever in how the mass has been distributed, as the headset feels balanced. Nonetheless, the Quest Pro remains heavy, and users are unlikely to forget that they are wearing it. Comfort will be one of the deciding factors in whether Apple succeeds in the mixed reality market. 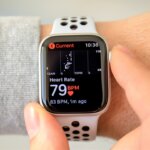 It’s telling that HTC has pushed hard to make its new Vive XR Elite headset, unveiled at CES 2023, lightweight. The mixed reality headset reportedly weighs around 100 g less than Meta’s Quest Pro, highlighting how critical headset weight could be in whether a product succeeds or fails. Users are likely to be wearing the headset for an extended period of time, giving plenty of opportunity for any ergonomic issues to become apparent.

Considering augmented reality vs mixed reality, each has its own set of design challenges. As touched on, keeping the headset weight low is a priority for mixed reality headsets – although, if well-balanced, heavier designs may improve their market appeal. Augmented reality hardware has the potential to be extremely lightweight. Google’s Glass Enterprise Edition 2 highlighted some of the possibilities. The product also shined a light on the many genuine business and industrial opportunities for augmented reality, which provides workers with information, while keeping hands free and eyes on the job.

Apple devices have a good track record in accessibility. Homekit – an API that allows smart plugs, cameras and other home automation products to interact with iOS –is one example of how technology can help all kinds of users. And augmented reality has the potential to add to this. But designs are much more space and weight constrained than headsets, which could hint at the augmented reality obstacles currently standing in Apple’s path.

To get a view on this, imagine trying to mount an Apple Watch – which represents the best in class in smart watch miniaturization, maximizing battery life for all-day use – on a pair of spectacle frames. Spectacles weigh around 20-30 g, and adding Apple Watch components (based on Apple Watch Series 8, 41mm, with an aluminum body) would more than double that weight. A similar-sized first-generation Apple Watch weighed around 50g, and Apple has taken great strides in reducing device weight since the product range debuted in 2015. From a software perspective, however, there are likely fewer hurdles. WatchOS could be a great match for an Apple glasses product, particularly an augmented reality one, given the minimal controls required.

Once Apple has found a way to make things beautiful, we’ll soon see its vision for next generation wearables. And its devices should settle the debate on what elegant design looks like in terms of the augmented reality vs mixed reality landscape.