Tim Cook tweeted, “Apple silicon unlocks a new level of performance for our users. And soon, many of these chips can be stamped `Made in America’.” 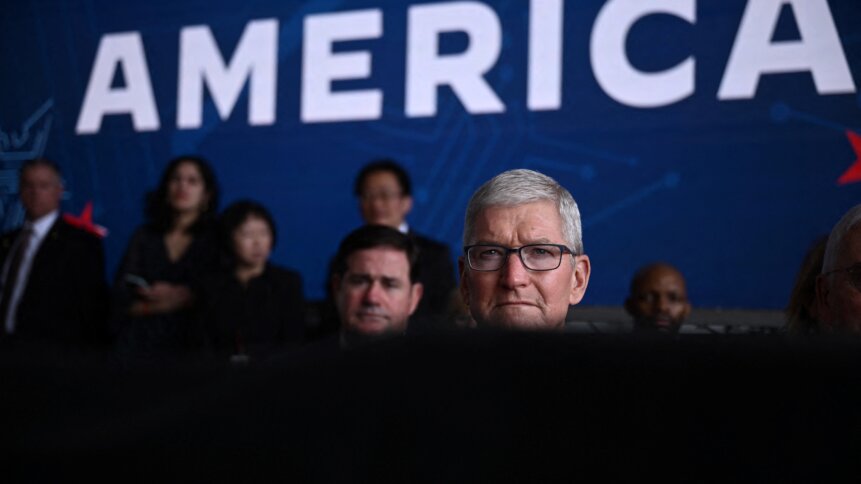 Apple to build chips in the US for the first time — by 2024. Apple CEO Tim Cook listens to US President Joe Biden deliver remarks on his economic plan at TSMC Semiconductor Manufacturing Facility in Phoenix, Arizona, on December 6, 2022. (Photo by Brendan SMIALOWSKI / AFP)

Earlier this week, the White House and the world’s largest contract chip maker, Taiwan Semiconductor Manufacturing Co (TSMC), announced plans to boost the latter’s investment in the state of Arizona from US$12 billion to US$40 billion. The plan is to build a second chip plant in the state, with an eventual target of producing 600,000 microchips a year. The move would significantly reduce US reliance on semiconductor imports. 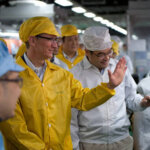 To celebrate the mammoth expansion of the Taiwanese semiconductor plant, President Joe Biden and the CEO of Apple Tim Cook, were present at the site in Phoenix, Arizona. Cook took the opportunity to announce that Apple will also begin incorporating made-in-America chips into its iPhones upon the completion of the first part of the TSMC’s plant, currently slated for 2024.

“The opening of TSMC’s plant in Arizona marks a new era of advanced manufacturing in the US — and we are proud to become the site’s largest customer,” Cook said in a tweet on Tuesday. Besides Apple, Nvidia Corp, and Advanced Micro Devices Inc were among other major TSMC customers that will have their chips made in the new Arizona plants.

Apple silicon unlocks a new level of performance for our users. And soon, many of these chips can be stamped “Made in America.” The opening of TSMC's plant in Arizona marks a new era of advanced manufacturing in the U.S. — and we are proud to become the site’s largest customer. pic.twitter.com/rBoiEUwZaX

It is however fair to note that Apple is TSMC’s largest client. In fact, there were reports from earlier this year that exposed TSMC‘s top 10 revenue contributors, and Apple appeared at the top. To put that into context, for the financial year 2021, Apple accounted for over 25% of TSMC’s revenue. No other company even comes close.

Apple relies on TSMC as the sole manufacturer of chips used in iPhones, and since it moved on from Intel in 2020, the Silicon Valley group has been using its own-designed chips produced by TSMC in its laptops and desktop computers. For months, there have been reports and updates indicating that Apple is actively shifting its focus to reduce its reliance on Asia-based manufacturing.

When Cook confirmed the Apple shift to domestic chips this week, it did not come out as a surprise to many — but it also did not mean that it is walking away from TSMC. In fact, it means Apple will be expanding its relationship with TSMC, which already produces chips for the iPhone maker, when the Taiwanese giant’s US factory opens in 2024. The move is the most significant one from Apple in more than a decade.

“As many of you know, we work with TSMC to manufacture the chips that help power our products all over the world,” Cook said, according to Bloomberg. 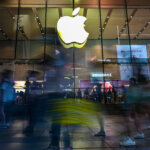 “And we look forward to expanding this work in the years to come — as TSMC forms new and deeper roots in America.” Alongside Cook at the site of the TSMC plant, President Joe Biden added that “Apple had to buy all the advanced chips from overseas. Now, they’re going to bring more of their supply chain here at home. It could be a game changer.” Cook then emphasized that the Apple silicon chips found in most of its devices will be built at the Phoenix plant.

“Thanks to the hard work of so many people, these chips can be proudly stamped ‘Made in America,” he said. For context, TSMC’s first plant will produce 4nm chips of the kind used for iPhone 14 Pro processors. The additional facility will begin operation by 2026 and will be the first plant in the US to make 3nm chips, the most advanced currently available, a White House official said.  Once that plant and the 3nm facility are operating at full capacity, TSMC’s total output in Arizona will be 60,000 wafers per month, triple its original plan of 20,000.