By stripping all the potential bias out of the process, can VR deliver better candidates? 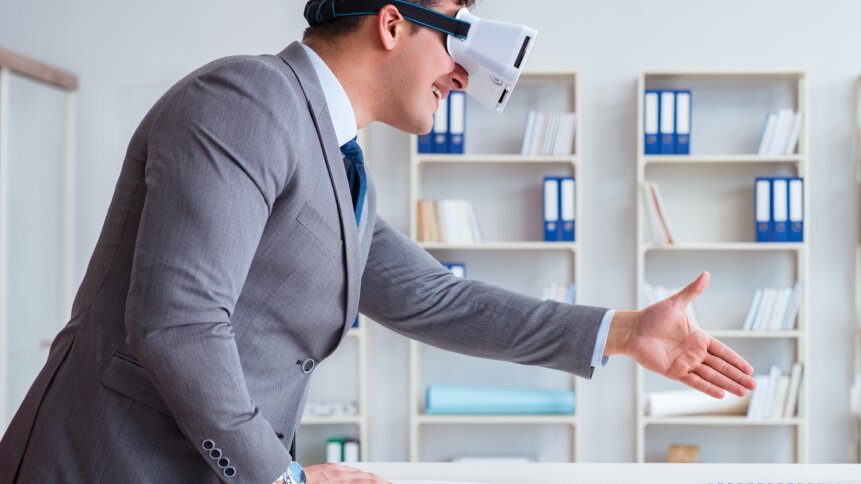 Job interviews are rarely fun for anyone on either side of the table. For candidates, there’s the pressure to perform, to walk the tightrope between doing and saying the right things and being enough of “themselves” to give the recruiter or the team leader a true sense of what they’ll bring to the team. And for recruiters and managers, they involve taking time out from their other duties, matching resumes with actual candidates, and getting a sense for who fits which role – if they do at all. Artificial intelligence (AI) has been used in recruitment for some time, usually as a first-stage filter for potentially hundreds of resumes – though it’s had a very checkered history, which has included imposing a kind of ‘digital bigotry’ or ‘digital misogyny.’ But both AI and virtual reality could have an increasing role to play in making sure your company gets the staff it needs – in a recruitment process that stands a chance of equalizing the playing field and erasing some ingrained prejudices. 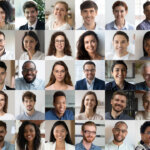 We’re sorry to tell you this, white people, but you’re more inherently racist than you think you are. Don’t take our word for it, though – research by Katherine DeCelles and colleagues at the Harvard Business School proved that ethnic minority candidates got almost twice as many interviews when they simply “whitened” their names. And that’s before they walked in the door.

There’s also an in-built misogyny in the recruitment process – quite apart from the data that shows men will typically apply to jobs for which they meet only 60% of the role requirement, while women will typically apply only to jobs for which they feel they meet the full 100% of the role profile, there’s an unfortunate likelihood that recruitment managers (certainly male ones, at least) will carry an unconscious bias towards hiring a male-presenting man when one is available from among a raft of equally qualified candidates of other sexes and genders.

All of this in an unfortunate hangover from the nature of Western society, which is essentially a pyramid of trap doors, with rich, white, cis, male-presenting, heterosexual, non-disabled, conventionally attractive people at the top, and everyone who differs in some degree from that combination moving down the pyramid one trap door for every point of difference. The more we learn, the more trap doors we are uncovering, including one for people with neurodivergence, and one for women (particularly) who have children (which underpins the societal misogyny behind the idea that women “should” under “normal” circumstances be the primary caregivers in a family, and so might not be able to focus fully on their jobs). 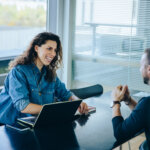 While we may not be intentionally prejudiced against anybody in the world, much of our Western decision-making paradigm about people has been sculpted by this pyramid, resulting in the ongoing bias against candidates from ethnic minorities, women, people with disabilities or neurodivergence, and others who have at least one trap door against them.

AI, as we’ve said, was initially supposed to be a way of stripping out these learned bigotries – machines, after all, have no emotions, and should therefore be incapable of learning disparaging impressions of one group or another. Unfortunately, AI is dependent for its neutrality on two things – the mindset and level of understanding of its programmers, and the dataset from which is begins its learning process.

That has been a combination that has legendarily let it down in the past. In particular, no less a company than Amazon, using AI to select candidates for high-level hires, discovered the algorithm was negatively selecting against qualified women because tellingly, they didn’t match the previous human hires to similar positions in one important respect – they weren’t men. 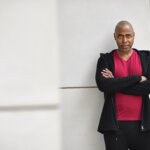 AI-vision – A roadmap for diversity in tech talent recruitment

After unsuccessfully trying to correct the algorithm for some time, Amazon disbanded the team that was working on the AI recruitment algorithm, and went back to human judgment.

Companies like UK-based Bodyswaps are already developing these interview practice modules in virtual reality, which, with an AI component acting as the interviewer, allows candidates to hone their interview skills and potentially overcome any inherent societal biases on the part of human interviewers.

The point of these virtual reality interview practice modules is not only to build a candidate’s confidence, but also to give useful feedback on what they did wrong and what they did right, so they can improve their performance in their next interview. In a sense, using AI and virtual reality can gamify the interview process, so candidates can keep trying until the virtual interviewer would be prepared to offer them the job.

While every company and every team is necessarily different, this kind of no-stakes but real-time interview practise module can potentially improve a candidate’s chances of getting a role in which they could shine significantly.

Beyond interview preparation though, there are companies developing and deploying virtual reality and AI in combination to deliver a full, live interview experience.

Not only can it put candidates at their relative ease, but it can genuinely remove some of the inherent societal biases from the process, because with an AI interviewing an avatar, even the algorithm is based not so much on previous people in the role, but the job role and what the candidate actually says in the interview, disconnected from ethnic and gender prejudices.

What’s more, companies are finding that the sometimes stilted responses of a face-to-face video interview are significantly eased out by using AI interviewing in virtual reality.

Between reducing bias, boosting candidate confidence, and delivering a more natural, intuitive response for more ideal candidates, virtual reality interviewing is becoming a technological solution that can help to overcome the ever-growing staff shortage that the technology industry in particular is suffering.