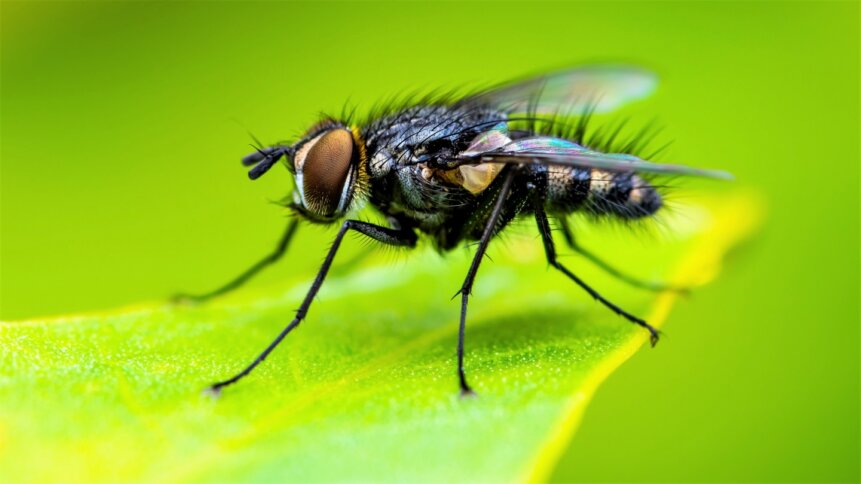 If asked to picture flying robots, you might think of drones checking inventory in warehouses or even performing last-mile parcel deliveries. Other use cases include filming and surveillance operations. But in all of these examples, the devices themselves are relatively large and easily seen by the naked eye. There’s a whole category of miniaturized flying machines (enabled by silicon microfabrication) dubbed smart dust, which has interesting industrial applications too.

Swarms of tiny aerial robots – each device weighing no more than a grain of rice – could gather temperature, pressure, sound, chemical information, or other data over a wide area. In recent years, researchers in the US have made great progress in creating various insect-inspired designs. Examples of these include Harvard University’s RoboBees, MIT’s Soft Fly, and RoboFly – developed by engineers based at the University of Washington.

RoboBees’ inventors note that their design has potential uses in crop pollination and as eyes in the sky for assisting with search and rescue missions. Each of the miniature flying devices – measuring the length of half a paperclip – is aware of its airborne neighbors, allowing Robobees to coordinate and behave as a unit. Remarkably, modifications allow the tiny robots to swim underwater. And units can ‘perch’ on surfaces utilizing static electricity. 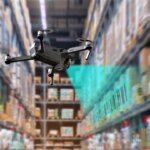 Advances in the field include improvements in lift.  Soft Fly’s developers report an 80% improvement, which allows collision recovery and enables the tiny flying robots to perform somersaults. The aerial units are powered by dielectric elastomer actuators capable of driving miniature flapping robot wings at a frequency of 300 Hz. And refinements to the overall design give around 40 minutes of flight time. What’s more, wireless schemes could improve on this by allowing smart dust to hang in the air for longer.

RoboFly (not dissimilar in size to a real fly) features an onboard circuit designed to convert incident laser energy into electricity for powering the device’s wings. And the creation – slightly heavier than a toothpick, according to the team – can fly for as long as it’s in range of the laser. Cleverly, the electricity transmitted to the tiny aerial robot’s wings is shaped using a series of pulses. This results in a fluttering motion that mimics efficient insect flight much more closely.

Other energy options could include harvesting power from radio frequency signals. And adding to the list of use cases, is the possibility to sniff out gas leaks. Here the inventors drew inspiration from the fact that flies are good at discovering smelly things. It’s clear that there’s much about the prospects for smart dust to capture the imagination. However, bringing swarms of miniature flying robots to market requires checking a few more technical challenges off the list. But engineers are making advances on this front.

Publishing their results in the November 2022 issue of Science Robotics, mechanical engineers in the US have been examining weight-saving opportunities for smart dust. Current designs are remarkable in many ways, as touched on above, but they are still relatively heavy – weighing between 100 mg and 600 mg. “Reduction in size to below 10 mg amplifies many of the scale-dependent benefits of small robots,” write the authors of the study. 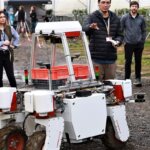 Smaller flying robots could be deployed in greater numbers for similar costs, estimates the team. And a lightweight design could potentially map airflow patterns in ways that are not possible today. But one of the biggest plus points comes from improvements in energy harvesting. “The increasing surface area–to–volume ratio…favors solar power in small robots,” point out the researchers in their work.

The tricky part for smart dust designers is that while length scales linearly, mass varies to the power of three. “This implies that sensor mass must diminish as scale reduces, which rules out many sensor types,” writes the team. It means that tiny designs will have to shed relatively heavy components such as gyroscopes and rangefinders. Also, attention needs to be paid to sensor and controller power to satisfy a potentially tighter energy budget.

In their simulation, the engineers showed that it could be possible to stabilize a 10 mg flying robot using an off-the-shelf accelerometer weighing 2 mg. Completing the sensor suite is an optic flow camera and a microcontroller, which altogether take the total up to just 6.2 mg. This is a 22x improvement on a 30 g quad-rotor (the lightest flying robot to perform sensor-autonomous hover).

Considering power, the 10 mg package could draw as little as 167 µW, which is a 128x improvement on the real-world quad-rotor device. The gyroscope-free solution is a nod towards the way that a fruit fly infers airspeed from the bending of its antennae. And calculations show that an accelerometer should be capable of providing useful input given the high acceleration due to air drag on tiny flying robots.

Complimenting the solution is a few-pixel camera, which could be aimed at the ground, to perform so-called ‘optic flow’ measurements. This component, including its multielement lens, weighs just 1 mg. Luminance readings collected at uniformly spaced angles contribute to autocorrelation-based visual processing. And this allows such an airborne micro-robot to estimate and reject wind as well as control its attitude. These developments are certainly food for thought on the progress toward smart dust.