Digital twin technology benefits from an expansion of the tools that help deliver them faster and more accurately. 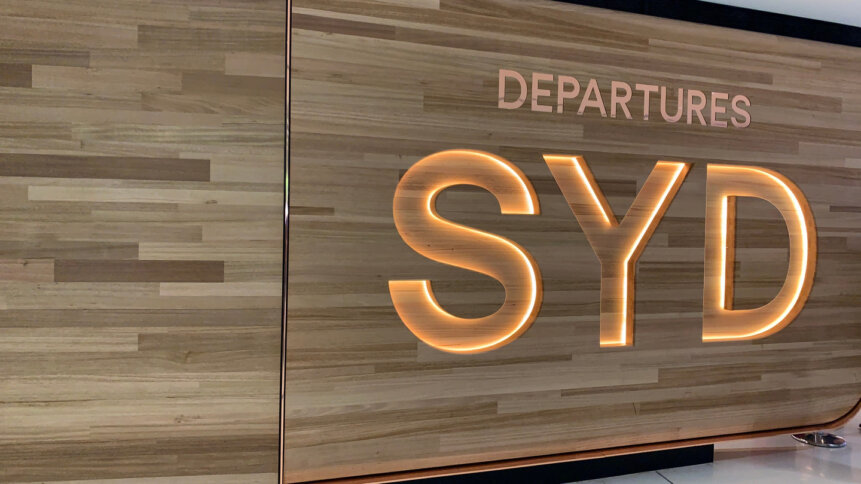 Welcome to Sydney Airport – one of many infrastructure projects using a digital twin.

The world in which we live is underpinned by software, and yet we know the names of only a handful of software brands or applications. Microsoft, Google, AWS, etc have made their way into a very public familiarity, while most of the rest of the world’s software is known only to those to whom it is directly relevant. Those who build digital twins will have heard of Bentley for a whole reasons, and one of the biggest of them is its iTwin software, which helps aggregate data layers in modelling the twins that help them achieve their project aims. 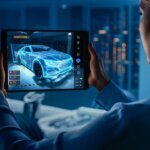 Today is Christmas for iTwin fans.

Speaking at Bentley’s regular Year In Innovation Awards event in London, UK, CEO Greg Bentley and a handful of chief officers revealed that the standard iTwin platform was expanding outward into a handful of other time-saving tools, and that the way in which the tools would be going forward would involve a shift from its previous file-based model towards a much more data-centric approach that allows for  much more lateral and rapid application to the problems encountered along the way to building a digital twin.

Joining the already widely-understood iTwin platform that underpins digital twin projects from Japan and Sydney Airport to Stonehenge and Minnesota, there are three new tools in the twin-maker’s arsenal.

iTwin Experience is a cloud-based overlay that lets you visualize, query, and analyze infrastructure digital twins, to any level of granularity and at any scale. All the assets in your twin can be geo-coordinated and made fully searchable, to quickly and at scale create much more asset-specific digital twins. It’s also, relatively importantly, available as an out-of-the-box product, rather than using the traditional iTwin platform-as-a-service model. If your digital twin is rich in assets that need to be deeply queried to gain the most flexibility and function from the twin, iTwin Experience has been designed to save you time and tedium. 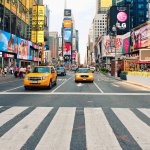 iTwin Capture, the second new element in the iTwin suite, is designed to handle all your “reality data,” from surveys to drone footage, and help you transform your data into engineering-ready, high-resolution 3D models of your infrastructure assets.

Why is that a big step forward? It means you could – at least in theory – strip out a whole level of the digital twin creative process. The BIM stage, where you laboriously create a BIM (Building Information Model) as a kind of skeleton on which to hang the detailed flesh of your digital twin.

A lot of the projects that are in contention for an award at 2022’s Year In Innovation Awards explained the time it took to come up with the BIM level on which their digital twin projects were based, from a project to plan roads around ancient heritage sites like Stonehenge to the complete “Google Maps” digital twin for Sydney Airport in Australia. The point of iTwin Capture is to speed up the digital twin-building process without sacrificing the accuracy that a painstaking BIM layer can give you. It’s a shortcut for an industry that hasn’t previously particularly dared to dream that a shortcut could exist, and can deliver versatile reality capture to serve as your digital context, whether you’re surveying, designing, monitoring or inspecting your digital twin site. 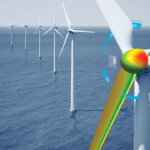 And moving with the times, Bentley has added iTwin IoT to its roster, which as the name suggests, allows you to add IoT sensor data to your digital twin in a dedicated, relatively rapid way. That means your digital twin can monitor environmental changes almost ‘instinctively,’ rather than only every time you run another potentially costly survey update layer. Using real-time IoT data at scale allows a vast increase in the usefulness and reliability of your engineering, environmental and even geotechnical data.

While the use of iTwin is fairly niche – if you’re not in the business of creating digital twins, it’s not for you – the expansion of the platform into this suite of tools also shifts the whole thing from a platform-as-a-service offering into a much more straightforward product range, with the three new tools available more or less off-the-shelf.

The way of the future

The investment behind the expansion of iTwin into a suite of tools also tells us the way things are heading in both engineering and infrastructure design projects. The future is digital twinning, first and foremost because it makes the whole project far more cost-effective in terms of ironing out environmental wrinkles before you go in with a JCB and a scale drawing.

But digital twinning also helps you plan for weather and climate, increasingly necessary as climate change becomes a larger factor in all our lives, for strain and load in road projects, and for a range of other environmental change factors over time. And if you have an accurately updating, plugged-in digital twin of an area, you have a maintenance model to help you cut out guesswork and ultimately save you time and money as the return for your digital twin investment rolls in.

The new iTwin tools have yet to pass our desk for testing, but adding to the toolkit that engineers and planners have, and speeding up the creation of accurate digital twins in the world, can only be a step in the right direction.