US gets anti-China boost from GCHQ on cybersecurity

The anti-China rhetoric is strong in this one... 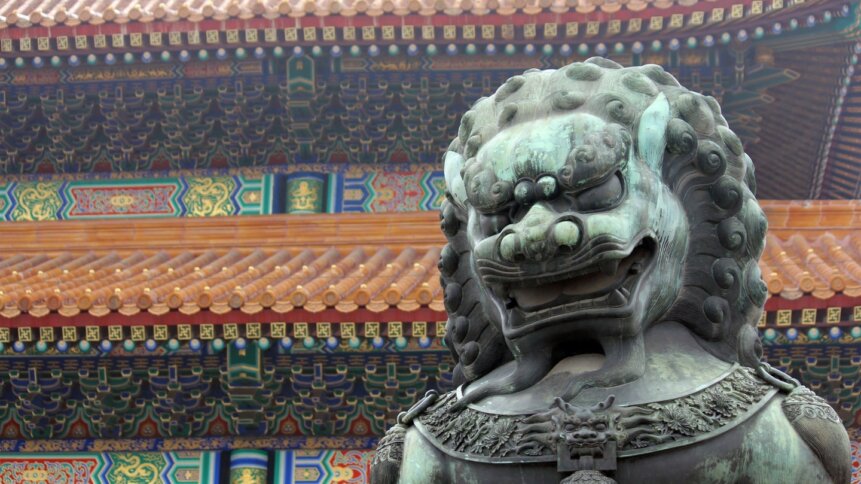 The roaring of China’s technological lions has GCHQ concerned.

The US-China technological cold war has been no secret since the days of Donald Trump’s first period of office. The decline of the US as a chipmaker on the global market, coupled with a rise in Chinese dominance in the same market, has been observable by economists for significantly longer than that. The Biden-Harris administration has spent much of 2022 trying to boost domestic chip production (through measures like the CHIPS Act), limit the degree to which US manufacturers can invest in or aid the Chinese military (through new licensing arrangements enforced on companies like Nvidia and Intel), and attempt to establish chip supply lines from Taiwan, in the face of Chinese assertions that the independent island nation is actually part of Chinese sovereign territory.

Suffice it to say, tensions between the two superpowers are running high, though they make headlines less often than might be expected, given other major events like Russia’s continuing illegal invasion of Ukraine, the spiralling cost of living through rising gas prices, and the release of a Disney movie with a mermaid of color front and center.

The US narrative of China being not only a dominant power in technology but also a dangerous one got a boost this week though, as the head of the UK’s Government Communications Headquarters (GCHQ) delivered a stinging indictment of the Chinese domination and ‘manipulation’ of the technological ecosystem around the world.

GCHQ is the organization which, in any James Bond movie worth the name, hands M and Bond all the latest information about a situation, including the supervillain’s current address and phone records. It’s the intelligence center of UK security, including these days the art of cybersecurity, monitoring, hacking and counter-intelligence through information and data. If you want a quiet life, you do not get on the wrong side of GCHQ.

Which means that when its head, Sir Jeremy Fleming (Yes, we know, but the last name is just a Bond-esque coincidence – as far as we know) gives a lecture on security issues, it’s worth listening.

Sir Jeremy this week said that China’s leadership was using technology to establish control both at home and overseas, and that the Chinese technological dominance was an urgent issue that “needs to be addressed by the UK and its allies.” secure control at home and abroad.

He made the point that it was credible to believe that the Chinese government’s connections to Chinese-based technology companies, whose products and service underpin lives and encourage multiple daily interactions around the world, allowed the country’s Communist government to embed its influence everywhere, allowing what feels like standard technology to be used for surveillance.

In what could also be taken as a description of the role free market capitalism plays in regard to Western democracies, he explained that China’s exports of technologies around the world sought to create “client economies and governments,” that would “mortgage the future by buying Chinese technology with “hidden costs.” 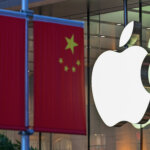 If the rhetoric had come from right wing Republicans ahead of the November midterms, it would be easy to dismiss as xenophobic saber-rattling. Coming from the head of GCHQ, it’s more sobering than laughable.

He went on to enumerate examples of Chinese technology and development that could be dangerous. They included the BeiDou satellite system (Chinese GPS), which has been built into exports to more than 120 countries. He claimed the satellite system could be used to track people, or combined with plans to knock out GPS in the event of an escalation from a trade war to a hot war.

The receivers in your technology

This is partly true – if you couldn’t use a satellite navigation network to track people, what you’d have would be a lot of expensive space junk. But it’s also worth noting that BeiDou is by no means the only other satellite network in operation – Russia has its GLONASS system, and the European Union has an equivalent Galileo system, receivers for which tend to come bundled in most navigation-capable devices these days. It’s also to some extent true that China, Russia and Europe all invested heavily in their own systems when it became apparent that GPS-style positioning would be essential in the 21st century, and nobody especially trusted the US Government with sole control over that power.

He also mentioned plans for new Chinese cryptocurrencies – a way for China to benefit from Russia’s mistakes and potentially insulate its financial infrastructure from international financial sanctions. While there’s certainly a danger in that, it’s also Western-centric to assume that China and Chinese businesses shouldn’t be allowed to create their own cryptocurrencies, just because to do so might give them an option in the light of increased military aggression.

The fear of client economies 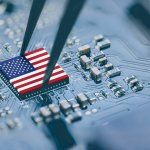 There’s certainly some logic underpinning Sir Jeremy’s fears of Chinese client economies and companies, though. As the US ramps up its anti-Chinese rhetoric, leading companies are finding that decoupling entirely from China so as to build profitable and prosperous futures in league with the US is much more difficult than they might have previously assumed, simply because China has the supremacy it has in the world chipmaking market – which it achieved both by a great deal of domestic productivity and the standard rules of international commerce.

And the future of Taiwan (an island nation responsible for many of the world’s most essential chips, which is technically democratic but which is claimed by China as part of its territory) could well be a flashpoint issue for future, potentially global, conflict – especially as it has just joined with the US in a chip alliance.

But Sir Jeremy stopped short of attacking TikTok, the world’s most recent mega-player in the social media world. Despite US legislators asking the impossible or the impractical of TikTok managers – that they guarantee that no US user data will ever end up in Chinese hands – the head of GCHQ said he “wouldn’t stop children from using TikTok, but I would speak to my child about the way in which they think about their personal data on their device.

This is probably sound advice, but it’s applicable without any particular Chinese spin. It bears repeating that Meta, the US-based owner of Facebook, Instagram, and Meta, is being sued for user data misuse, Instagram in particular was just handed a $400 million fine for exposing the data of minors, and Amazon, the most American of techno-concepts, currently holds the record for the amount fined for user data negligence – a cool $800 million. Western techno-businesses have quite the beam in their own eyes to attend to before they can call on their Chinese brothers to cast out the mote in theirs (Matthew, 7:5).

The point of Sir Jeremy’s lecture was not to simply fearmonger about Chinese technological development, he said, but to spearhead a “grown-up conversation” about collaboration between western universities and Chinese ones – particularly on cutting-edge technologies like AI and quantum computing. While he would still be in favor of Chinese students coming to UK universities, he said there would have to be clarity on “the areas of technology where we will require additional safeguards” – like those cutting-edge technological disciplines which will end up changing the world, at least in part for the better.

The US Government under President Trump instigated a policy of refusing or restricting the visas of Chinese grad students, particularly in fields like engineering and computer science.

The Biden administration has maintained this policy. Almost three years into the Democratic Party’s latest administration, it looks as though it will remain in place for the foreseeable future as US-China technological trade hostility deepens. While it’s largely regarded as costly and unfortunate, the comments by the head of GCHQ will at least offer some heavyweight support for caution on university co-operation between US and Chinese students in some of the most important technological areas of study today.