Robo-Teacher? Maybe not - at least not quite yet - but there may be a growing role for AI in the classroom. 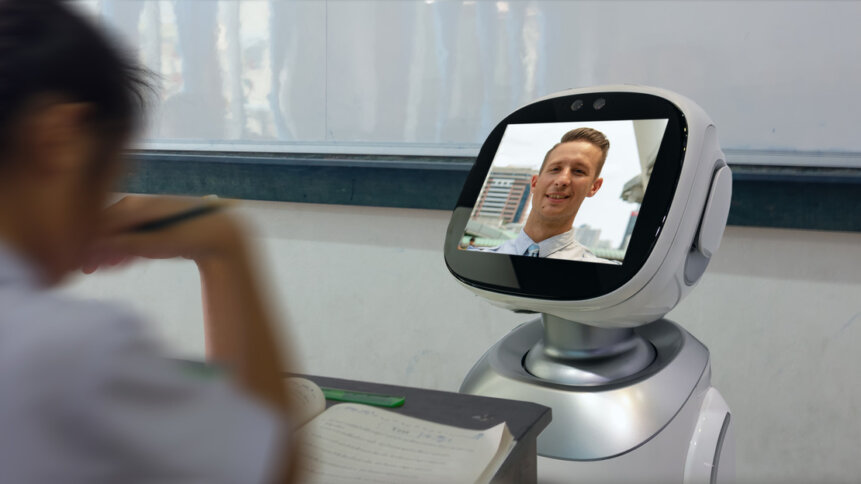 AI in classrooms – a smart solution to a big problem?

AI is being increasingly viewed as an acceptable component of classroom equipment to help children learn, with some advocates seeing it as the solution to a growing crisis in the teaching profession.

Admittedly, at the moment, society is in the “denial” phase about AI technology, which reinforces the idea of human exceptionalism. “Robots will never replace the human instinct,” “AI can’t deal with the things a human can,” and similar tropes are largely self-soothing mantras we’re currently using to defend our own right to roles in the economy – particularly when it comes to jobs like teaching our children. We are not, as humans, in any sense ready for hard and dedicated work to be done by electronic systems, and if you Google “AI teachers,” you’ll find a handful of screaming headlines that “AI WILL NEVER REPLACE TEACHERS!”

It may not, but one British education expert, Anthony Seldon, has claimed that not only will AI replace teachers, it will do so by 2027. 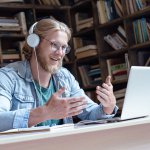 Granted, Seldon’s claims were made in 2017, and it’s always safe predicting the future from a ten-year vantage point, but there are things which have happened in the interim that suggest Seldon may not be as off-target as the screaming headlines claim.

First, there was the global delight that was Covid-19 – a catastrophe that threatened to stop all aspects of society from functioning. Technology quickly stepped in to bridge the gaps of proximity that were no longer fillable by direct, in-the-room contact. Both workplaces and educational hubs adapted rapidly, with video meeting software taking the place of the classroom, and while it was seldom ideal – especially for younger children, whose parents found themselves pulling some heavy lifting shifts working their own job from home and helping with the teaching and education load too – there were the beginnings of a sense that in an emergency, techno-schooling could be a handy safety net.

There was also, in teaching particularly, a boom in educational apps and software packages that helped traditional teachers to deliver their curricula in ways that were engaging in the online medium, rather than face to face. They – the teachers and the tech combined – became an often unsung force of heroes, keeping society’s necessary tasks running, in similar ways to the doctors and nurses who were on the viral front line in hospitals and nursing homes.

Absolutely not. But it’s a good example of technology providing a third way to do things. The workplace is now mostly a hybrid experience, with some staff permanently in the office, in a pre-pandemic mould, some working entirely remote, in a pandemic model, but a large proportion of the workforce in the middle, working mostly remote with some office visits. The hybrid model is the way to think about the use of AI in the classroom. It’s probably not ready to entirely replace teachers yet, and there are particular factors at work in the US that will slow the adoption of an AI teaching model down, but AI is probably ready to step in and help out in a crisis.

When something cataclysmic happens, like a heart attack of a global pandemic, it’s incredibly easy to see the scale of a problem in a hurry. When a person or a system is gradually bleeding to death, it’s often significantly more hidden. 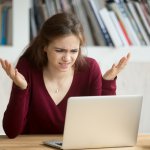 The US (and the world) has a serious teacher crisis on its hands. In the broader worldwide context, in 2015, UNESCO announced its plan to ensure that by 2030, every child in the world had equal access to a quality education. That goal, even in 2015, required the training of over 20 million teachers.

When faced with a problem like this, what do we do?

Ironically, traditionally, we increase investment in technology to lighten the burden of work off the pressurized workers. Right now, companies in the US are facing a barrage of cyberattack. The most effective strategy against this blitzkrieg is likely to be to deploy AI to lift the burden of mundane task off the shoulders of IT departments and data scientists, so they can focus on the more essentially human, critical thinking tasks of defeating cybercriminals.

Similarly, in Japan (and in the US), an ageing population is a problem coming down the cultural pipeline. The response, at least in Japan, has been to integrate more AI (and yes, some robots) into elderly care centers, freeing up the time of dedicated nursing and care staff to deal with human-centered aspects of their jobs. 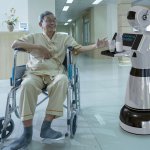 So why not education? Add AI into the equation and you relieve the pressure on teachers, freeing them to do more of what they’re good at, and also giving them the rest of their life back outside of

There’s AI, and then there’s AI

It’s worth de-sensitizing the issue, too. The use of AI in teaching does not inherently equate to robo-teachers replacing dedicated flesh and blood instillers of knowledge and wonder.

It’s true that there are moves afoot to develop AI that can function that way – no less a technological force than Google is working on an AI for further education by the name of Julian, that evolves the boundaries of current AI into something significantly more complex, able to teach higher-level students, most of whom it can be safely assumed are in the room to study and learn.

But there are also elements of current teaching burdens in public high schools where AI could be useful. Those hours teachers spend individually grading papers? AI is a learning tool – if there are right and wrong answers to questions, it should be the work of moments for electronically submitted papers to be graded on the percentage of right answers recorded.

If the grading is more nuanced, the AI would need to be trained on previous examples of essays or projects, but it’s likely the technology could quicky get up to speed with the requirements of paper-grading. Teachers would be able to check the grades given to any paper to ensure they agreed with them, but the whole process would be transformed from a long out-of-hours process of drudgery to a simple, fast grade-curve checking process, and no teachers’ careers would be harmed in the making of this teacher’s aid.

AI may not be the complete answer to the teaching crisis in the US or worldwide – but it might well have important inputs to make in terms of freeing teachers to teach more, and therefore feel more valued and stay in the profession for longer. And it might also help UNESCO with its goal of delivering a good standard of education in a hybrid-teacher model.

That hybrid-teacher model, where AI in classrooms is able to deliver some part of a lesson, while perhaps, teachers are available by screen to add value and a human connection, would also free up schools to take advantage of a wider national pool of teachers around the school year – evolving the Covid principle of remote learning, and extracting the benefits from the technology without sacrificing teachers on the altar of professional burnout.

The US Stumbling Blocks

Oh – and those impediments that might keep the US from adopting more AI in the classroom? They’re mostly political. There have been cases where teachers have been forced out of the profession, having incurred the wrath of parents who believe that teaching the equality of human beings irrespective of their sexuality equates to “grooming” children into homosexuality. There are currently cases where parents who learned only one side of American history are up in arms about the idea that there’s another side to the story they know (Critical Race Theory). There are parents who are furious that the racial and religious cultures of the world beyond a white Christian American norm are introduced to children in schools so they can understand them when they meet them in the real world.

The fact that these kinds of uproar are raised by parents is a symptom of an educational system in crisis. If AI can help teachers address the facts and the wonder of the world with children, that should only be a good thing – but in the US, there will be schools where introducing AI will also introduce a subsequent debate about who programs the AI, and with what kind of biases.

So perhaps AI won’t be in classrooms by 2027. But something needs to be done to address the teaching crisis in America, and AI could be at least a significant part of the solution.