AI is great for many things. Pretending to be a rapper is not one of them. 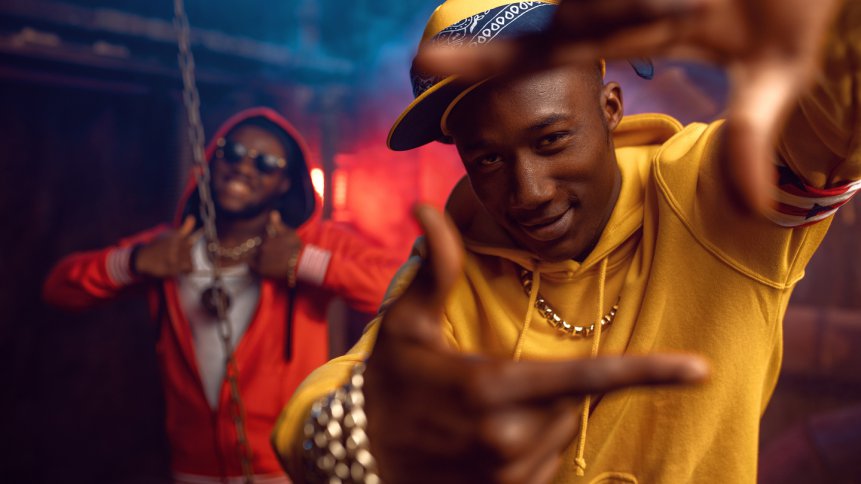 The more AI develops in its sophistication, the wider is the variety of uses to which it will be put. Since 2020, South Korean AI has been used to create “virtual social media influencers,” with millions of views on Instagram and TikTok, pulling in genuine, real-world branding deals and launching top pop singles by using a combination of AI, CGI, and, bought in as necessary, a real model who can walk virtual catwalks with the influencer’s face deepfaked over their own, and an anonymous singer’s voice dubbed in for those chart-topping singles. 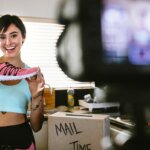 And the stakes have just been raised as far as what can, and what can’t, be allowed to AI celebrities. “Virtual rap artist” – yes, really – FN Meka has been dropped from the world-conquering Capitol Music Group, after the content of its lyrics was found to be racially stereotypical, including liberal use of the N-word.

Before the backlash came, the virtual rapper – composed of a black-coded avatar and lyrics rapped by “an anonymous black artist” – had more than 500,000 monthly Spotify subscribers, and over a billion TikTok views.

That’s not bad for an AI construct that – unlike South Korea’s virtual influencers – never pretends to be a single real human being. And while in 2021, Anthony Martini, cofounder of Factory New, the company behind the AI, said there was an anonymous black artist behind the AI rapper, he also admitted that the ultimate aim was to have computers not only write their own lyrics but perform them, without any interaction with a single fully human voice, even collaborating with other computer “artists” on songs.

This is where the AI element has fallen foul of real human sentiment over the FN Meka.

If you train an AI with the majority of 21st century rap music, you’ll get an AI creating lyrics reflecting the experiences of a slice of modern, probably urban, black America – without actually having had any of the experiences of which it’s writing.

That’s distinctly appropriative, without in any sense being the intention of the AI. The AI of course has no intention, it simply does what it’s programmed to do, which is to sift input, learn from the input, refine its sifting processes, and produce outputs that are similar to the combination of its inputs. But when you apply a machine process to a cultural experience and heritage, you’re in deeply morally dubious territory. 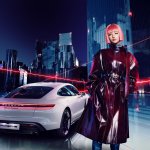 Quite apart from the infringement on the experiences of a sector of society already undervalued in a white male cis het patriarchy, you also have to deal with the appropriation of the right to create in a field that demands experience, emotional reaction, synthesis, and above all, a truthful human response to stimuli – as exercised by a combination of inputs and algorithms that, with a simple tweak to its variables, would produce only meaningless word salad.

It’s interesting from a technological standpoint not only that FN Meka worked at all, but that it thrived for long enough to amass its monumental collection of Instagram followers, Tiktok views and Spotify subscribers before anyone appears to have thought twice about the appropriative connotations of the project. It’s a testament to the degree to which new technologies, and the results they produce, will be tolerated far longer on the basis of their novelty than, for instance, human beings producing the same results would.

To some extent, the degree to which a backlash against this AI rapper was inevitable was always high. AIs process data in an iterative, learning way. If you try to produce a type of ‘human’ with AI, what you’re going to get will always be a mimic of the data-type you put into the system. But it’s only going to be a mimic, because it cannot live the experiences shared by the creators of the data sources – and that’s always going to ultimately be hollow and questionable when those experiences are vital to the creative process.

It’s hardly surprising then that equity activist group Industry Blackout eventually complained to Capitol Music Group that the FN Meka AI was not only appropriative, but that it was “offensive” and “a direct insult to the Black community and our culture.”

The group also said it was “an amalgamation of gross stereotypes, appropriative mannerisms that derive from Black artists, complete with slurs infused in lyrics.” What’s more, Industry Blackout reminded Capitol Music Group that FN Meka had released a song with the (human) rapper Gunna. Gunna is currently waiting to be tried on criminal charges – with his lyrics and social media posts being used as evidence against him.

“[He] is currently incarcerated for rapping the same type of lyrics this robot mimics. The difference is, your artificial rapper will not be subject to federal charges for such,” said Industry Blackout.

“This digital effigy is a careless abomination and disrespectful to real people who face real consequences in real life,” said the group.

The Meaning of Art

When FN Meka was created and signed, Mr Martini said “Not to get all philosophical, but what is an ‘artist’ today? Think about the biggest stars in the world. How many of them are just vessels for commercial endeavors?”

After his AI “artist” was dropped from its record label for what can probably claim to be the most literal case of “digital blackface” to date, it seems the answer is “the synthesis of genuine experience and genuine talent,” rather than simply the synthesis of data and processes.

That said, Factory New still has several virtual artists on its books, including the likes of so-called “crypto-rapper,” Lil Bitcoin – a golden-bodied rapper who exists solely to promote crypto-currency, than which a more cynical approach to music appears as yet not to exist.

AI is doing great things in the world already, and will go on to do even more and better in the future. But training an AI to mimic humans of a particular type for entertainment – whether they be the flawless young women living perfectly imaginary lives in South Korea, or virtual rappers claiming lived experiences they can never have, is a road to appropriation, deception, and naked greed.