When you legislate against healthcare for half a population, can you trust that your health data is safe? 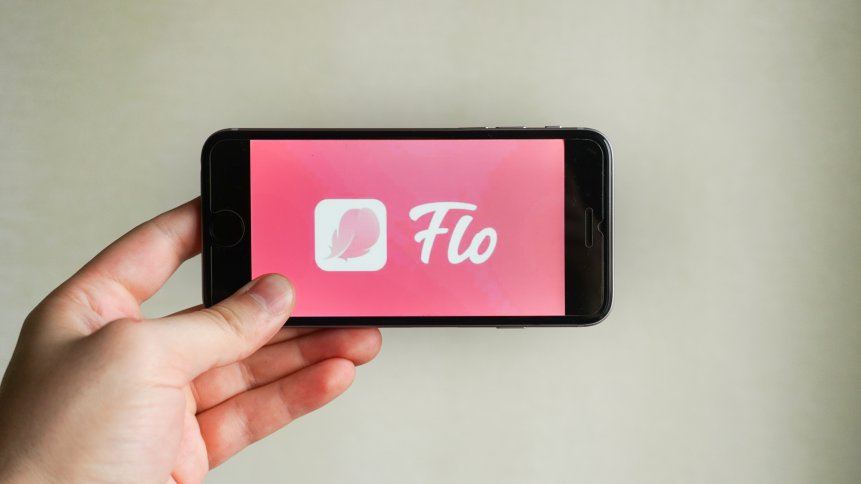 To track or not to track? Depends who can get the data in a post-Roe world.

Dobbs v. Jackson Women’s Health Organization. That’s the full name of the US Supreme Court case that, on June 24th, 2022, effectively consigned the protected right of American women to an abortion to the history books, ending the simple application of the previous case law known simply as Roe v. Wade. Immediately, in states with trigger laws, abortion – procuring one, performing one, aiding someone to acquire one – became illegal ‘in most cases.’

That number has now crept to over 10 states in which abortion not only doesn’t exist as a right, but is against the law. More states are expected to follow, though there are court battles going on right now to try to block the moves that would enact Dobbs Vs Jackson. At least four states now have laws that say an abortion is illegal six weeks after conception – by which point, most women don’t yet know they’re pregnant, making the distinction moth morally and factually disingenuous.

Meanwhile, Meta, the company behind Facebook, is fighting two legal actions surrounding its access to confidential medical data. The suits arise as a result of something called the Meta Pixel, a tiny piece of tracking code that investigative journalists at The Markup found installed in the registration systems of a third of America’s top hospitals. What the Meta Pixel does is send a data packet to Facebook every time someone presses a button to schedule an appointment.

The packet can contain their name, their doctor’s name, their medications – and the reason for the appointment. It’s also linked to an IP address, which can be used to geolocate them.

Facebook has no business having access to that level of data, though in one of the two lawsuits, it was then able to target advertising at people based on the conditions it was then aware they had. 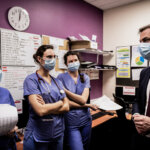 The lawsuits have caused a sensation, and raised the issue of women’s medical data, and how safe it is in the post-Roe era. The Meta Pixel case in particular has exposed the usually unseen traffic in data that could be used for more nefarious purposes than targeting people with annoying ads for medication to treat conditions they have.

In the age of technology, many women use online period trackers, some through smartphone apps. Their biomedical data is available via these trackers, and can be effectively ‘weaponized’ in cases where women seek a termination in an area where it’s now illegal. As soon as the Dodds judgment was drafted, Elizabeth C McLaughlin, founder of the Gaia Leadership Project, took to Twitter to advise women: “If you are using an online period tracker or tracking your cycles through your phone, get off it and delete your data. Now.”

While the idea of having data about your body used in evidence against you for seeking healthcare that you need is intrusive and misogynistic enough, and the use that was made of the Meta Pixel to target ads at people was probably a violation of existing data privacy laws (hence the lawsuits), neither of these are the big concern. 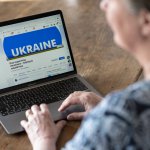 The big concern is that data concerning someone’s conditions (notably the condition of pregnancy), medications, and especially consultations with a doctor (especially about a termination) could we weaponized directly against people seeking abortions, doctors who perform abortions, and everyone involved in the business of ‘procuring’ abortions, from clinic staff to support workers.

The Facebook case has exposed how vulnerable and potentially ‘out there’ women’s healthcare data can be. Unscrupulous data brokers do not care about the real-life situations of the people whose data they sell. And there are, at least potentially, people and groups driven to both buy and use that data, either through what will now be a legal route, reporting abortion-seekers for the ‘crime’ of wanting autonomy over their own bodies, and allowing the legal system to put people through the wringer, or in a ‘court of public opinion’ way, potentially doxing and intimidating people for the crime of seeking an abortion.

These people are more likely to be less scientifically literate than necessary to make blanket decisions for other people. They may be driven by operatically emotional equations (such as the idea that a fetus is equal to a child), or Biblically misguided through a tangled interpretation of the Fifth Commandment. The fact that abortion is now illegal in some states gives them a power they should never be allowed, to intimidate women for their own healthcare choices. The fact that women’s healthcare data could be out there for the collecting as a result of the healthcare technology women use to minimize or maximize their chances of conceiving in any given month further empowers these people. 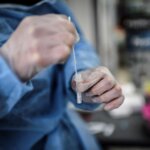 An iterative, or ‘Plug-and-Play’, approach to healthcare

Some period trackers are trying to adjust to the post-Roe world by either modifying what data they collect, changing how they store it, or changing how long they store it. For instance, Flo, a leading period tracker used by 240 million people, has introduced an ‘anonymous’ mode, to allow users to enter data that is then encrypted and disassociated from their name or email address, so that were the data ever to be subpoenad in a court of law, there would be now way to link the data to the user.

“Flo will never share or sell user data, and only collects data when we have a legal basis to do so and when our users have given their informed consent,” Flo’s data protection officer, Susanne Schumacher, said. “Any data we do collect is fully encrypted, and this will never change.”

Many people though are skeptical about quite how effectively an anonymous mode can separate users from their data if push comes to legal shove, with some calling for instant and complete deletion of datasets after a month.

Part of this messy situation is the result of an attempt to legislate against necessary healthcare for half the population of any state, but as the second Facebook case shows, anyone’s medical data can be vulnerable, either to commercial exploitation through advertising, or potentially as part of a ransomware or email scam. If someone has a condition they intend to reveal to their family when the time feels right to them, or if someone seeks particular treatment, be it contraceptive pills under legal age, or pubertal blockers for children who know they’re trans, but have yet to tell their parents, to PrEP for those who want to protect themselves (and potentially those they love) from HIV, healthcare data in the hands of unscrupulous data brokers could be among the cruellest new personal malware models in the data broker’s armory.

The fight for better data security in healthcare though, begins with women in the post-Roe age of Dodds v. Jackson Women’s Health Organization. For now, the jury on whether American women can trust their healthcare technology in the post-Roe world remains very definitely out.