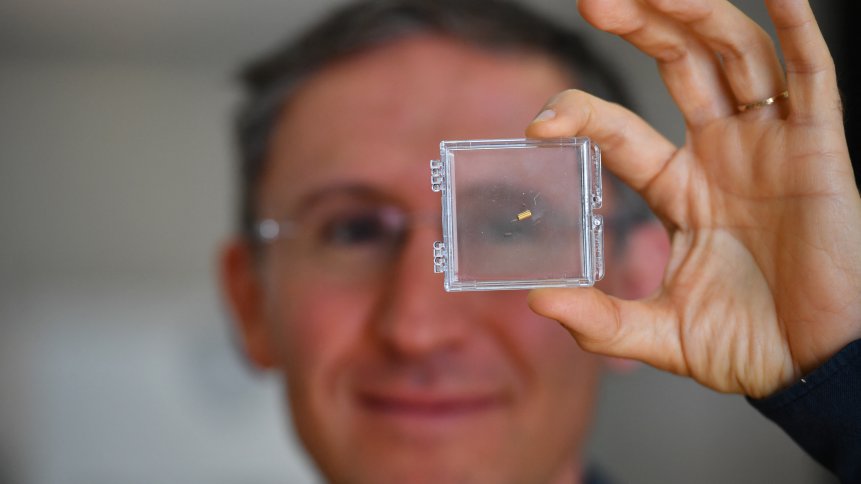 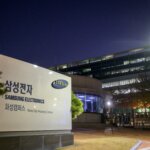 Samsung to “copy paste” the brain onto 3D chips – a precursor to human-like AI?

Sending miniature robots deep inside the human skull to treat brain disorders has long been the stuff of science fiction tech — but it could soon become reality, according to a California startup.

Bionaut Labs plans its first clinical trials on humans in just two years for its tiny injectable robots, which can be carefully guided through the brain using magnets.

“The idea of the micro robot came about way before I was born,” said co-founder and CEO Michael Shpigelmacher. “One of the most famous examples is a book by Isaac Asimov and a film called Fantastic Voyage, where a crew of scientists goes inside a miniaturized spaceship into the brain, to treat a blood clot.”

Just as cellphones now contain extremely powerful components that are smaller than a grain of rice, the tech behind micro robots “that used to be science fiction in the 1950s and 60s” is now “science fact,” said Shpigelmacher.

“We want to take that old idea and turn it into reality,” the 43-year-old scientist told AFP during a tour of his company’s Los Angeles research and development center. Working with Germany’s prestigious Max Planck research institutes, Bionaut Labs settled on using magnetic energy to propel the robots — rather than optical or ultrasonic techniques — because it does not harm the human body.

Magnetic coils placed outside the patient’s skull are linked up to a computer that can remotely and delicately maneuver the micro robot into the affected part of the brain, before removing it via the same route. The entire apparatus is easily transportable, unlike an MRI, and uses 10-to-100 times less electricity. 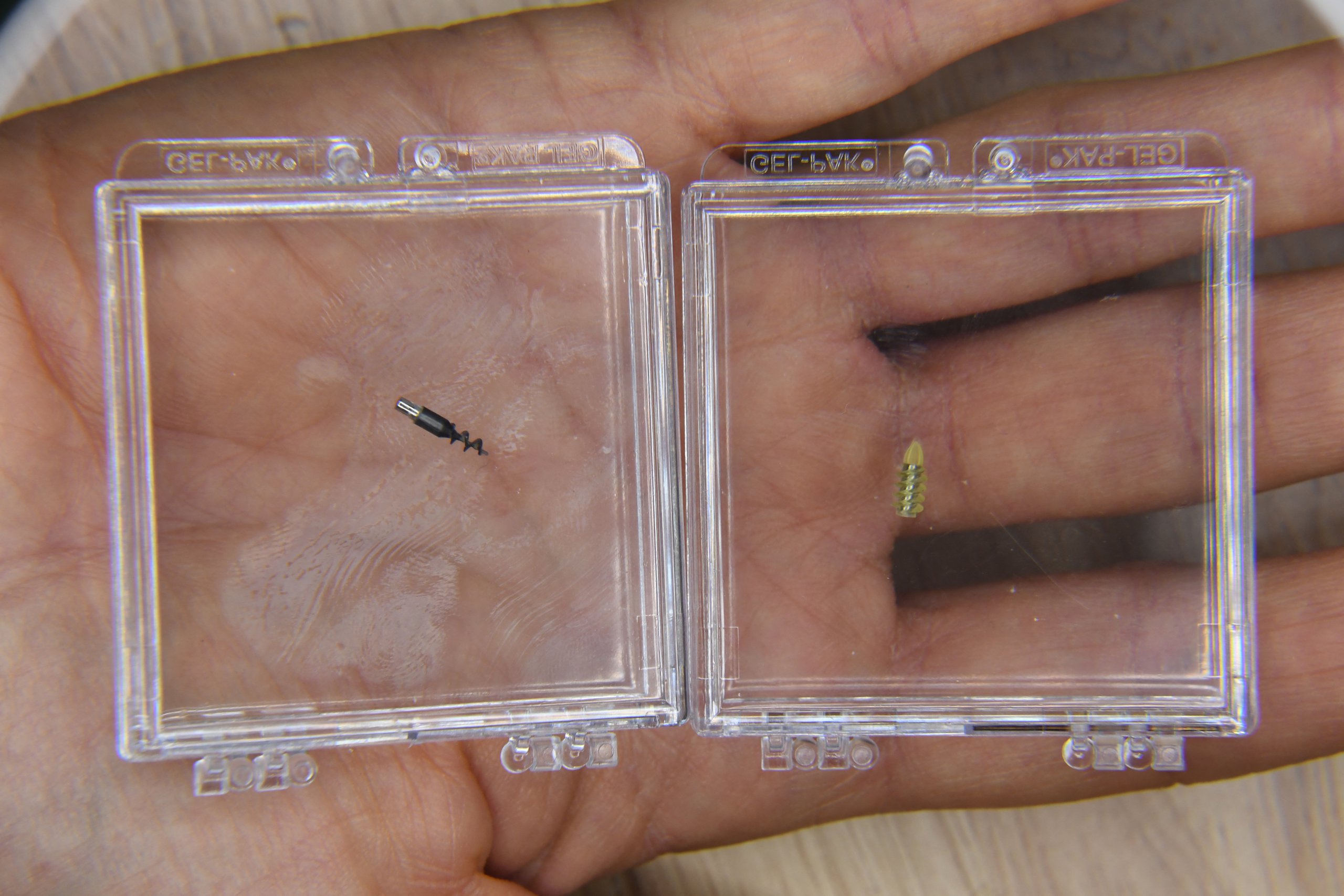 In a simulation seen by AFP, the robot — a metal cylinder just a few millimeters long, in the shape of a tiny bullet — slowly follows a pre-programed trajectory through a gel-filled container, which emulates the density of the human brain. Once it nears a pouch filled with blue liquid, the robot is swiftly propelled like a rocket and pierces the sack with its pointed end, allowing liquid to flow out.

Inventors hope to use the robot tech to pierce fluid-filled cysts within the brain when clinical trials begin in two years. If successful, the process could be used to treat Dandy-Walker Syndrome, a rare brain malformation affecting children.

Sufferers of the congenital ailment can experience cysts the size of a golf ball, which swell and increase pressure on the brain, triggering a host of dangerous neurological conditions. Bionaut Labs has already tested its robots on large animals such as sheep and pigs, and “the data shows that the technology is safe for us” human beings, said Shpigelmacher.

If approved, the robots could offer key advantages over existing treatments for brain disorders. “Today, most brain surgery and brain intervention is limited to straight lines — if you don’t have a straight line to the target, you’re stuck, you’re not going to get there,” said Shpigelmacher. 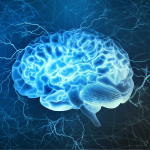 Micro robotic tech “allows you to reach targets you were not able to reach, and reaching them repeatedly in the safest trajectory possible,” he added.

Micro robots for treatment heating up

In the latter case, the micro robots will be used to inject anti-cancer drugs directly into brain tumors in a “surgical strike.” Existing treatment methods involve bombarding the whole body with drugs, leading to potential severe side effects and loss of effectiveness, said Shpigelmacher.

The micro robots can also take measurements and collect tissue samples while inside the brain. Bionaut Labs — which has around 30 employees — has held discussions with partners for the use of its tech to treat other conditions affecting the brain including Parkinson’s, epilepsy, or strokes.

“To the best of my knowledge, we are the first commercial effort” to design a product of this type with “a clear path to the clinic trials,” said Shpigelmacher. “But I don’t think that we will be the only one[…] This area is heating up.”