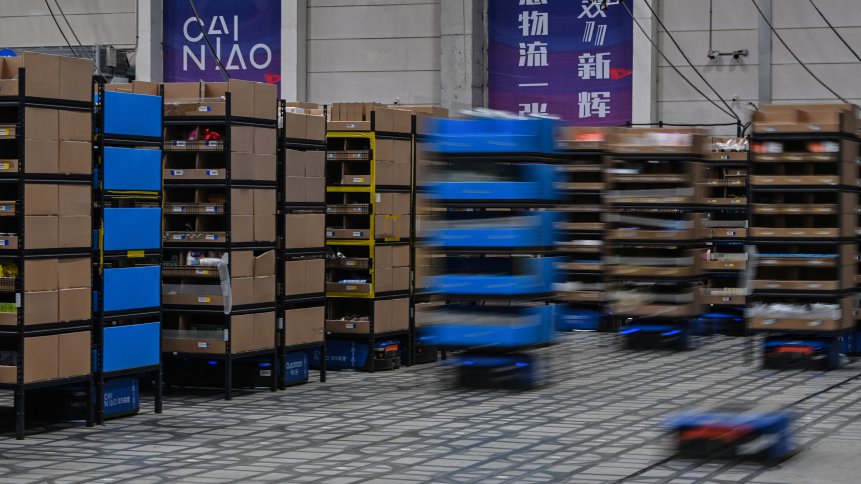 Will Alibaba really take Lazada to Europe, its first out of SEA expansion? (Photo by Hector RETAMAL / AFP) 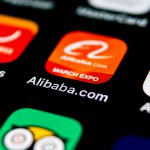 Over the last five years, China’s largest e-commerce company, Alibaba, has been sparing no effort to extend its reach in Southeast Asia (SEA), the largest and first overseas market where it established a foothold.

Yet Alibaba’s position is far from secure, as a seasoned SEA homegrown e-commerce platform, Shopee, seems to be capturing the lion’s share of the market. Due to that, Alibaba is left with little to no choice but to expand elsewhere to maintain its primacy, and there are talks indicating Europe is its next stop.

Currently, the only Alibaba presence in Europe is through its global e-commerce platform, AliExpress, which mainly targets consumers looking to source goods from Chinese manufacturers. However, multiple sources including Reuters are indicating that the tech giant is taking Lazada west as part of its strategy to drive growth in overseas countries.

If the word on the street is right, Alibaba may soon be replicating competitor Shopee’s headway in expanding beyond Asia and establishing a presence outside of its core markets. Although the Singapore-headquartered e-commerce provider Shopee has a history of being a latecomer, its expansion outside of SEA has been far quicker and wider as opposed to Alibaba’s lukewarm approach in spreading its wings.

So far, Alibaba has expanded the geographical presence of its logistics arm, Cainiao, in November 2021 by opening a central hub for European sales in Belgium. The smart hub, the largest of its kind in Europe, is a key part of the agreement concluded in 2018 between the Alibaba Group and the Belgian government to join the global Electronic World Trade Platform (eWTP) initiative.

The initiative was established with the aim to lower barriers to global trade for small and medium-sized businesses via e-commerce. Months prior to the opening of Cainiao’s hub, the logistics arm together with local partners recruited over 200 local people to work at the facility.

An analysis of GlobalData’s Job Analytics Database also revealed that Alibaba was building its presence in the European region by listing multiple job roles in Belgium, France, the Netherlands, and Spain to create talent pipelines and fill hard-to-fill positions. According to Reuters sources, Lazada’s current plans target local European vendors, while AliExpress will continue to focus mainly on cross-border sales from China.

Lazada Thailand CEO James Dong will help apparently spearhead the initiative. For Lazada, the sources did not specify which European countries the e-commerce platform intended to expand to. During the Alibaba Investor Day conference call in December last year, the company’s CEO Zhang Yong shared that the e-commerce giant is targeting a long-term goal of quintupling gross merchandise value, AKA GMV or the sum of transactions across Lazada’s platforms, to US$100 billion.

At that point, Zhang said that the company’s three strategies namely domestic demand, globalization, and advanced technology have progressed. So moving forward, Alibaba is eyeing Lazada to serve in excess of 300 million users eventually, according to its website. In fact, Lazada’s Zhang is optimistic and sees a “huge potential in the international markets” going forwards.

He emphasized that “in SEA, e-commerce penetration is only 11%, and Lazada’s annual consumers have reached only 34% of regional Internet users. There’s tremendous potential in both the overall market size and our penetration,” he hinted. Even Alibaba’s incoming chief financial officer, Toby Xu, said that its China commerce segment has faced “near-term challenges of a slowing macro-environment and a heightened level of competition.”

That, he said, has resulted in slower GMV and revenue growth in the most recent quarter, Xu said. “But we also see opportunities to tap into new addressable markets to grow new users that will position us well for the long term.” Market analysts share the same sentiment as reflected in an article by CNBC two years ago, quoting D.A. Davidson director of research Gil Luria who reckons that “Their growth is going to have to come from outside of China.”

“For them to sustain the levels of growth they have right now, with China approaching saturation, SEA is only going to carry them for so long before they have to get into some of those other markets in order to sustain this growth,” Luria concluded. In contrast,  Shopee appears to be thriving with its expansion out of the SEA region.

Starting with a marketplace in Poland in September 2021, Shopee entered Spain and France within the next two months. Nevertheless it was not all rosy for Shopee in Europe, as the e-commerce company admitted defeat just after a few months in France. It eventually shut down its operations in France on March 6 this year after setting foot in the country last October as part of its European push.

The company said it managed to draw just a few hundred thousand visitors to its website per month and was seeing no market for ultra low-price products there. In other words, even for Alibaba, venturing into Europe has the potential to be hugely successful but the tech giant has to eventually test the waters with its own recognizable market presence, if it is determined to expand beyond its home regions.