Twitter accepted an acquisition offer from Tesla CEO Elon Musk for roughly US$44 billion - a move that will privatize the company once the deal is finalized. 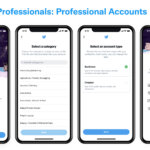 Twitter targets businesses and creators with its latest ‘Professional’ feature

On April 4, Twitter users worldwide woke up to find that Elon Musk was trending on the social media platform. The world’s richest man, who has also one of the biggest Twitter followings, disclosed a major stake in the short messaging company. Out of nowhere, Musk was suddenly Twitter’s largest individual shareholder, with more than a 9% share of the company.

The deal, one of the biggest leveraged buyouts in history, is expected to close this year, and it would take the 16-year-old social networking platform private. While the whole deal took many by surprise, Musk had apparently been working his way up gradually to outright ownership since the start of this year.

Various reports claim that Musk started buying shares in Twitter back in January 2022. By mid-March, Musk had accumulated over 5% of the company, as per AP. During this period, he was frequently tweeting ideas for revamping the social platform. By April 9, the billionaire confirmed he had bought more than 9% of the company, making him Twitter’s largest shareholder.

Even then, Musk was tweeting out business propositions for the social network, posting polls for users to vote on, and suggesting changes to the platform itself. By the end of April 9, after much hoo-ha, Musk finally bought himself a warm welcome from Twitter CEO Parag Agrawal. Musk unfortunately informed the company that he would be rejecting its offer to join the board.

After Twitter made the rejection public, Musk in an SEC filing and accompanying tweet on April 14 said he would buy out stockholders in a cash deal valued at US$43 billion and proposed to take Twitter private. Twitter founder Jack Dorsey, acknowledged in a tweet that as a public company Twitter has always been for sale.

After weeks of back-and-forth with the social media platform, Twitter finally agreed to Musk’s hostile takeover bid this week. Though Musk hasn’t outlined a specific plan to change Twitter’s policies around speech and content moderation — two issues Musk has been vocal on — his acquisition of the company means some of the internet’s thorniest issues are now his to handle.

Lets take a look at some proposals for Twitter that Musk has floated in a series of tweets and polls over the years.

Tesla and SpaceX CEO describes himself as a “free-speech absolutist,” and has constantly criticized what he sees as excessive moderation on online platforms. In his statement announcing the purchase, Musk emphasized that “free speech is the bedrock of a functioning democracy, and Twitter is the digital town square where matters vital to the future of humanity are debated.”

He has even argued that social media networks should not remove offensive comments that are still legal. In fact, during a recent interview at a TED conference he said, “If it’s a gray area, let the tweet exist.” Musk almost appears to willfully ignore the fact that private companies are within their rights to establish some limits on their platforms.

That actually stirs concerns among experts and regulators, especially if Musk were to push to loosen the rules of engagement on Twitter. For context, Twitter currently bans harassment, abuse and posts that wish physical harm to someone. The platform has other guardrails too, like a prohibition on Covid-19 misinformation.

During the same TED conference recently, Musk also said that “One of the things that I believe Twitter should do is open-source the algorithm.” He meant that “any changes to people’s tweets — if they’re emphasized or de-emphasized — that action should be made apparent […] so there’s no sort of behind-the-scenes manipulation, either algorithmically or manually.”

Prior to that, in a March 24 tweet, Musk asked if Twitter’s algorithm should be open-source to which 83% out of one million respondents said yes to the idea. In layman terms, he wants to make public the computer code that determines what people see on Twitter to ensure the platform is fair. To say that this has never done is not entirely right either. There have in fact been efforts to make algorithms more transparent through regulation.

Last year, several bills were introduced or reintroduced in Congress that focused explicitly on the software that decides what people see on social networks. Efforts are also advancing to regulate artificial intelligence and algorithms globally.

That brings us to one of the most requested product changes among Twitter users: the edit button. Musk has said more than once that he supports letting people change what their tweets say. That proposal has stirred a heated debate among academics, journalists, and other heavy users of the platform.

The fear shared by some experts is that adding an edit button feature could be weaponized by bad actors, who could use it to cover up abuse or harassment as if it never happened, or to dupe or manipulate people. 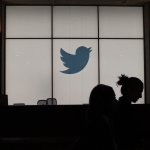 Another of Musk’s biggest grievances with Twitter as a social media platform is the huge number of bots posting on the site and impersonating real people. So when it comes to this, Musk has promised to crack down on bots, and even eliminate a large number of crypto scams on the service.

“If our twitter bid succeeds, we will defeat the spam bots or die trying!” his tweet reads.

Recently Businessweek declared Twitter’s co-founder Jack Dorsey as a “Bitcoin’s spiritual leader.” On Twitter, however, the reality is that Musk reigns when it comes to posting about crypto-related matters. He has, again and again, gleefully pumped Dogecoin as well as bitcoin by tweeting about them, taking bold and occasionally controversial stands in favor of cryptocurrencies.

To top it off, even Tesla holds bitcoin on its balance sheet and at one point accepted bitcoin as a payment method. Twitter itself has tried turning on crypto-related features but each has fizzled, either by design or due to mismanagement. For example, Twitter rolled out crypto tipping last September, but you can only tip in bitcoin — it took a talented hacker to figure out how to add Ethereum to the tip jar.

Twitter then added verified NFT profile pictures in January, but only for Twitter Blue subscribers, only on iPhone, and only for Ethereum NFTs listed on OpenSea. That’s a lot of limitations, yet given Twitter’s reach and Musk’s fervent enthusiasm for things that he believes in, the platform might well become the ultimate vehicle to realize a long-held dream of promoting a nongovernmental, global currency.