The essential journey from farm to automated smart farm

Contrary to the belief of some, agriculture is actually one of the most forward-looking industries when it comes to deploying automation technology to produce a truly smart farm. 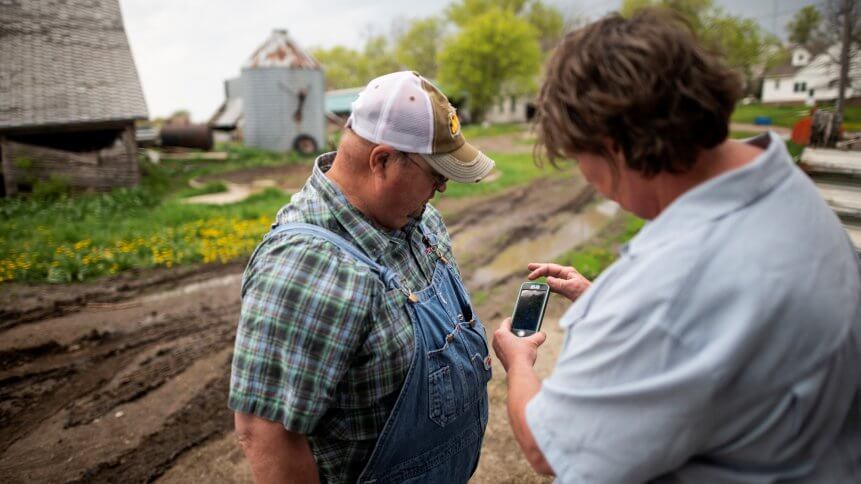 Farmer Sid Ready looks at his wife’s smartphone to check weather radar of the approaching storm, at his farm near Scribner, Nebraska on May 5, 2019. (Photo by Johannes EISELE / AFP)

Agricultural pain points have increasingly become a contentious issue, with experts predicting global hunger problems to persist as the Earth’s population expands over the next decade. It is hoped that by incorporating state-of-the-art technology solutions to cultivate the productivity-oriented smart farm of tomorrow, some of the dilemmas facing traditional farming today could be resolved in the years ahead.

Some of those dilemmas have been pushed forward by the pandemic, which saw farming communities threatened by significant labor shortages as the usual immigrant communities that assisted during harvests were scuttled by health precautions.

Farmers had to scramble to gather the necessary workforce from available resources, hiring high school students and laid-off oilfield workers to supplement their talent in time to bring in wheat crops, which the US is the third-biggest exporter of globally, amidst fears that a prolonged labor shortage could impact soy and corn harvests last year.

According to farmers, out-of-season hires were also far more likely to quit prematurely and to require more training to be more proficient, demarking clearly why – contrary to the belief of some – agriculture is actually one of the most forward-looking industries when it comes to deploying automation technology towards producing a truly smart farm. With massive expanses of land, manned by just a handful of workers, technology that can range and work the land with minimal oversight simply makes financial sense.

According to DEC Research, North America — where the average farm spans 444 acres — is now a world leader in autonomous farm equipment. Revenues topping more than US$26 billion has already been generated by the sale of tractors and combine harvesters with GPS-enabled self-steering systems and drone technology equipped with cameras, sensors, and even cropdusters. 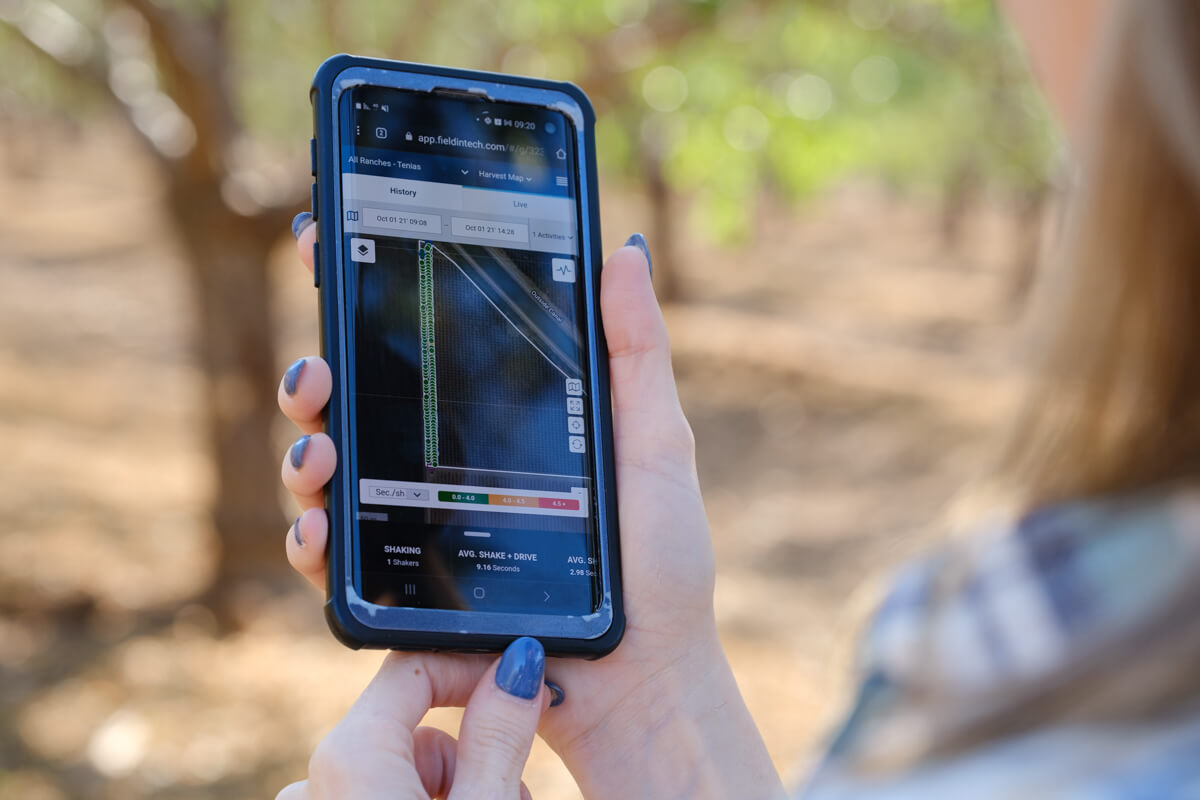 Introducing automation at such scale to produce the truly coefficient smart farm, supported ably by the collection and analysis of AI-driven field, crop, and weather data to effectively support automated machinery on the farm, is why the founders of the world’s largest smart farming platform, FieldIn, believe that “commercial farming is just like manufacturing, right?”

“The people who call the shots will be the COO or the VP of Operations,” Fieldin co-founder and CEO Boaz Bachar told TechHQ of the smart farm and smart manufacturing comparison. “There are hundreds of machines, hundreds of employees in the field, and you want to manage the day to day, right? And our approach would be let’s digitize the entire growing process from A to Z, let’s help those commercial goals to transform their fields towards like a smart assembly line, right?”

The pursuit of operational efficiency is what, according to Bachar, is the start of the smart farm journey. “And the journey started when we basically developed a platform, that on one hand,” enabled ways for growers to digitize data and amass invaluable insights into best practices in farm management.

“What to do in the field in the day to day, right,” Bachar rattles off about the FieldIn smart farm process, before continuing, “then sensors that we installed on any type of farm machinery, that are assigned to smart machines, that can start to send data to the cloud. And then you can you have – in one place – [data-driven] recommendations, but also real-time monitoring.” 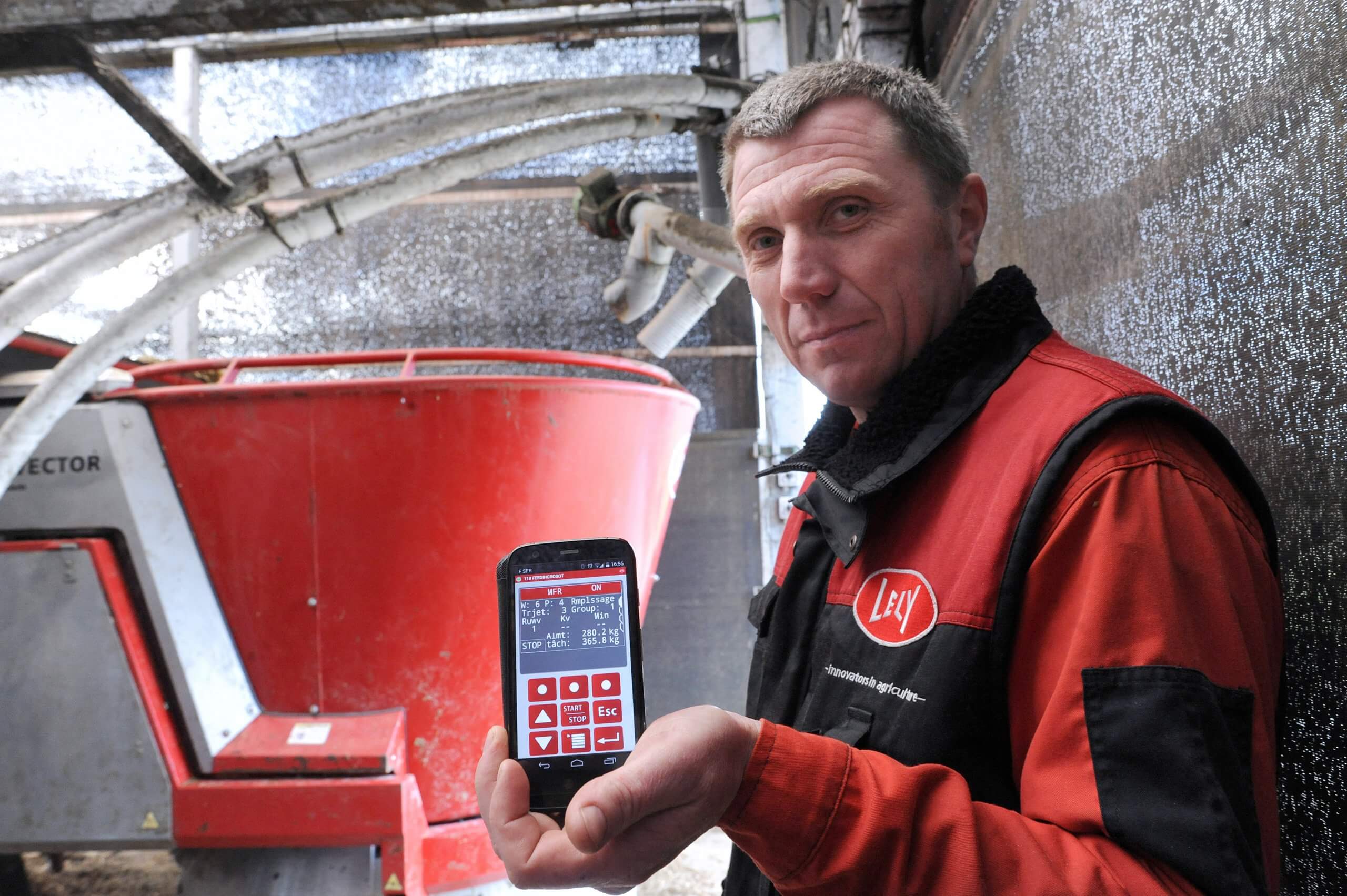 French breeder Olivier Jegu with his smartphone that also doubles as a remote to control a robot that auto feeds his Prim’Holstein dairy cows in Erbree, western France.(Photo by JEAN-FRANCOIS MONIER / AFP)

FieldIn has digitized hundreds of farms and more than 10,000 tractors and pieces of farming equipment over eight years, with data and innovation driving the entire journey from farm, to smart farm. “And then at the end of the process, bring in machine learning and AI that can learn and analyze the [work and planting] shifts, in a way that you can come to the specific operation with real recommendation about how we can become better in his next shift, become more efficient,” elaborates the Fieldin co-founder.

And what is more efficient? “Basically, cover more acres or hectares at the same shift. So if instead, before feeding, he was able to cover 10 acres in a shift, now we’ll be able to cover within the same time, 12 or 13 acres per shift.”

More than growing insights, Bachar says what FieldIn is really selling is the entire “journey from farm into smart farm: transparency, traceability, and what’s really happening on the farm.” To this end, FieldIn acquired Midnight Robotics in late-2021, a company that retrofits tractors and other farming equipment with LIDAR-based sensing technologies.

Bachar says that Midnight has developed an aftermarket kit based on LIDAR tech will integrate into FieldIn’s existing solution and “close the loop from insight to autonomous action”.

The Midnight integrations “can basically transform any agricultural machinery into an autonomous machine,” affirmed Bachar. “And by that basically, we can share to our goal of the entire journey – from farm into smart farm and into an autonomous farm.

“But this is a journey that will take- that will take more time,” said Bachar hesitantly, when asked how long the progress towards a fully-autonomous smart farm would actually take. “I want to say it could be many, many years – could be five, it could be 10. It could be more.”

In the meantime, “we are working to our goals and a five-step journey [on the FieldIn platform] that starts with digitize the farm, and ends with an autonomous farm.”

But in this journey towards fuller automation, won’t it rack up a human cost, particularly in US and Europe agriculture which is much more mature to adapt a full smart farm? Bachar says that in California where FieldIn is based, people don’t want to go to work in agriculture anymore. 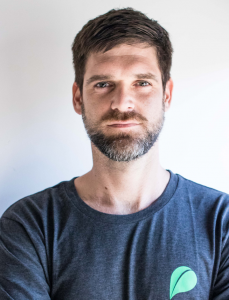 “This is basically the biggest pain point of today’s growers where I’m based in California. Minimum wage is increasing. Their parents worked in agriculture 30 years ago – now, for US$15 an hour, they prefer to go and work for McDonald’s rather than work on the harvest.”

So does Boaz and FieldIn foresee a time when a smart farm will be 100% run by machines, like some manufacturing lines? “The future, I think, will be farms that there will be machines – but also human beings. People will need to manage, to oversee, it will not be zero and one – not fully autonomous without people, and not fully human without automated systems.”

He proceeded to give an example of limitations that autonomous farming machinery still cannot overcome. “For example, autonomous vehicles in agriculture can’t cross roads. You just can’t,” he stated emphatically. “If you want to cross the road, you need to put someone on it [the autonomous tractor or harvester or whatever] to manually drive the machine across.

“In agriculture, [self-driving machines] can drive in the field. They can spray the field. But if the grower has additional fields that you need to drive on a road to get to… they can’t do it,” Bachar continued. “So it is also about reimagining, restructuring… you will need to solve these kinds of things in the future, both to maximize operational efficiency but also to more fully rely on automation.”