This isn't your daddy's macOS desktop… 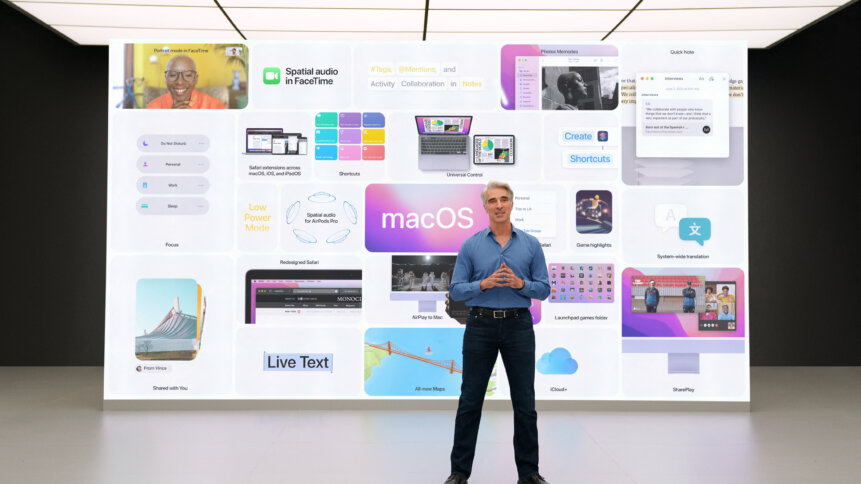 There has been a lot of talk in the Apple-focused technology press about the congruence of iOS and macOS, which — as the company settles onto its own ARM-based hardware across the product range — seems more likely than ever. For Apple’s developers, it makes a great deal of sense — at many levels, code can be optimized for multiple devices that share core elements, like the central processor.

The coming together of the two operating systems also makes the barrier to entry for either type of device, computer or mobile, much lower: if you’ve used iOS, then macOS will be familiar, and vice versa. With the latest iPads launched at the Apple event on September 14, the company is blurring the lines between leisure devices that could be used for work (the iPad Pro) and pure work machines, the cost of which couldn’t ever be justified for leisure use only (the MacBook Pro). 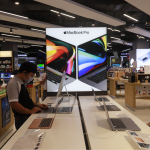 But is there an inherent incompatibility between the purposes of an operating system in a pro-level laptop and that on a communication device, like an iPhone? Mobile comms devices are all about keeping the user informed: of messages, of the activities of others, of the weather, of stock prices, and of the time and location of the next appointment in the owner’s day. Pro-level work devices are about creating information: text, imagery, video, and audio — Apple’s key stomping grounds. And that’s at the crux of why this author, a long-time advocate of the Apple desktop, thinks Apple’s macOS Big Sur is inferior to Windows XP.

On the usability front, classic Macs ran an OS that just got out of your way. The machine booted with a cheery C Major chord (which arpeggiated if the hardware developed a fault, by the way), a smiley Mac icon appeared, a progress bar zipped across the screen, and you landed on your desktop. After that, the computer shut up and left you alone to run your applications. Although the phrase hadn’t been coined at the time, the user experience was distraction-free and task-focused.

By way of contrast, Windows startups comprised of epilepsy-inducing screen redraws and then dropped you into an environment that was disjointed and seemed like something slightly out of control. Notifications about applications’ needs, system updates, new devices being plugged in, tips, and balloon suggestions: all these required user interactions, if not all the time, then invariably when least convenient. The infamous Office Clippy, who always seemed to think you were writing a letter, epitomized the overall experience, which comprised about 40% wrestling with the OS, and only 60% doing any work.

Since those days, much has changed. But most of all, Cupertino realized two things. Firstly it could be a luxury electronic brand, not a computer company. Then, by opening the App Store and iTunes Store, it could become a software and media brokerage. The iOS App Store still takes 30% of every application’s cover price to allow access into Apple’s walled garden of shiny devices. And it shifts new, shiny things by the metric ton — high-end watches, a US$999 monitor stand, and a purple computer it charges a premium for.

The danger with concentrating on being a luxury hardware provider is that the basics get lost along the way. That is if the company cares about the basics still at all. For content creators — the majority of macOS computer users are creative types — what is Big Sur like on the new M1 range of Apple hardware?

First, the good points: it’s fast — the M1 chip outperforms all but the highest end of X86 desktops, so the operating system creates no lag. Big Sur is also very nicely designed visually. It’s a pretty environment. The transparencies, fades, and transitions are all artfully done. The default terminal shell is an eminently sensible zsch. Mail is the best email client out there, on any platform, by far — it’s even Exchange-compatible without extra tweaking.

But apart from those elements of eye candy, macOS has gone down a terribly wrong path. It is as much in the user’s face as Windows 95 used to be. Back in the day, users could install an application, run it, and get a day’s work done. Not any more.

If it’s not from an approved vendor, applications won’t run at all (FileZilla will damage your computer. You should move it to the Bin.). Some applications require a struggle to get allowances or exceptions made, by means of a setting in a subtab of a System Preference pane.

Additionally, macOS is so committed to the presentation of overbearing security, it significantly impacts workflows. Applications now announce they might need to save stuff (who knew?), and need confirmation: “Can application X have access to location Y?“. The irony is Apple’s operating systems have been POSIX-certified since OSX 10.5 and are based on a system of user and group privileges that seems to protect the world’s servers pretty well, without constant user interaction every time they need to update a logfile. 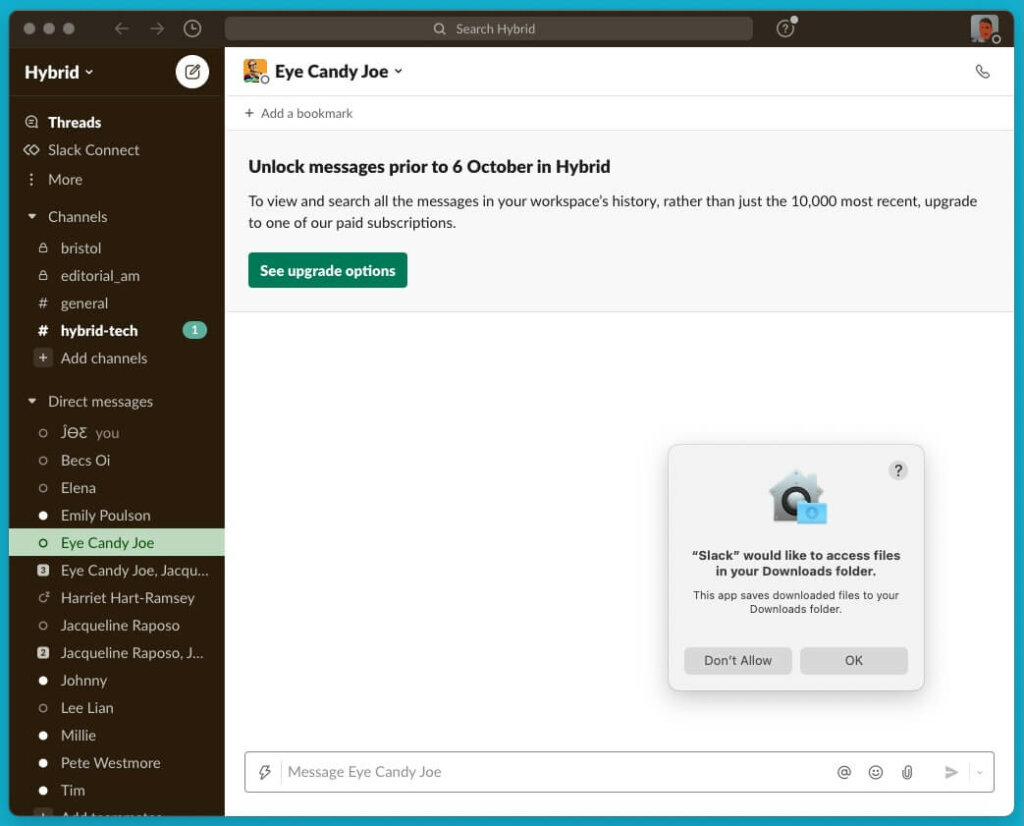 Do not use Slack until you have OK-ed the fact it might…save files.

That means a good half hour scrolling through another System Preference pane and clicking to “Off” the notification capability for every Apple and third-party application. Can anyone explain why “Game Center” needs to make itself visible (and audible) at the expense of overall customer experience?

Big Sur seems to have been deliberately engineered to make sure that a user’s workflow is interrupted. Why is that considered acceptable?

Every installed application has carte blanche to get in the way.

For the mobile iOS user, there is plenty of point to notifications — that’s kind of the idea of a communications device. But the context of each operating system is quite different, and Apple seems not to have realized this.

For a lengthy period in the 2010s, industry pundits thought that the Apple computer range would be eventually be retired — the iOS market was simply too much of a cash cow for the company’s attention to be divided between its pro desktops and the consumer devices of iPhones, iPads and iPods. But the M1-enabled hardware in the Mac Mini, iMac, Mac Pro, MacBook Pro, and Air ranges means that Apple might be again making a serious play for the working desktop — it certainly has the hardware advantage at the moment. But it needs to have a serious rethink about the way it structures its users’ working environments. Compared even to 1991’s System 7, Big Sur is a giant step backward for a productive desktop.