While European cloud vendor revenue has doubled over the period of five years, the downside is having to lose ground in market share -- to the Big Three. 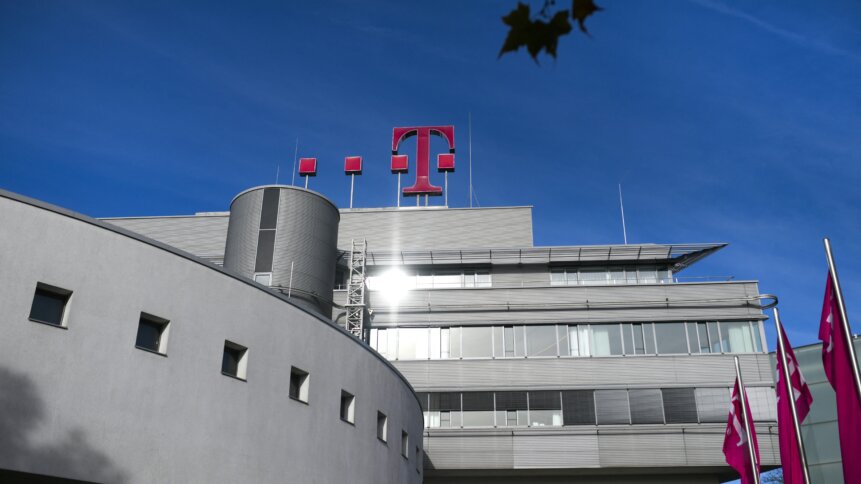 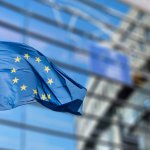 European cloud providers are struggling to regain market share that has been lost to the rise of US cloud behemoths Amazon Web Services (AWS), Google, and Microsoft, new data from Synergy Research indicates. The findings are not a major shocker: the region’s cloud players have been steadily losing out to the Cloud Big Three for some time now.

Paradoxically, for the period beginning in 2017 through to the second quarter of this year, the European cloud market grew fourfold, to €7.3 billion (approximately US$8.8 billion), while local cloud vendors’ revenue doubled. Unfortunately, local players have seen their market share decline from 27% to well under 16% in that same period, as their hyperscale rivals grew in popularity.

The Big Three account for nearly 70% of the total cloud revenue in Europe over the four-year time period. The regional European cloud leader throughout that time was Deutsche Telekom, with just 2% of the pie. Others with even smaller slivers included OVHcloud, SAP and Orange, with countless other smaller US and Asian providers, collectively losing market share to Amazon, Google, and AWS.

Synergy Research’s chief analyst John Dinsdale said, “European cloud providers could be quietly satisfied that they have more than doubled their revenues in a four-year period. While they have missed out on the higher-growth opportunities afforded by mainstream public cloud services, some have carved out sustainable positions for themselves as national champions or strong niche players.” 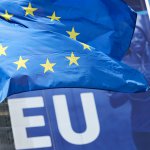 How do European cloud players stack up against Amazon, Google, and Microsoft?

The hike in numbers is definitely impressive. Over the last four quarters alone, the European cloud infrastructure service revenues — including IaaS, PaaS, and hosted private cloud services — totaled over €26 billion, up 27% from the preceding four quarters.

IaaS and PaaS services account for over 80% of the market, and those segments are also growing more rapidly than the smaller hosted or managed private cloud segment. Some of the highest growth is seen in PaaS with database, IoT, and analytics services, Synergy Research revealed. 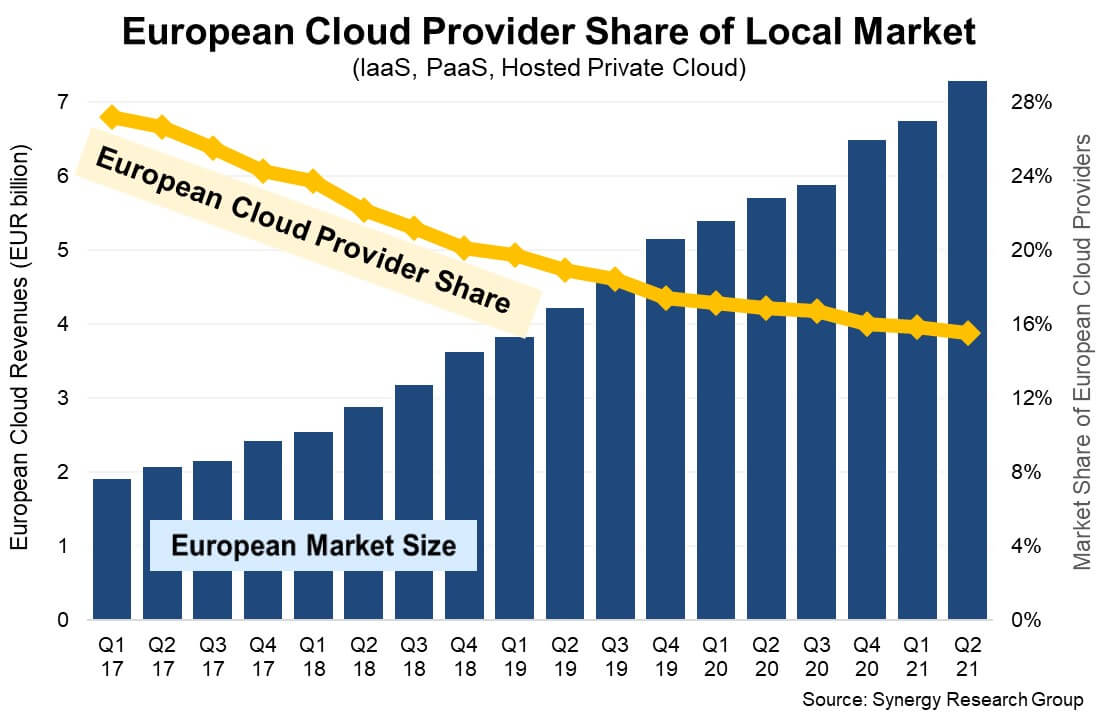 To give these regional numbers some context, worldwide cloud infrastructure revenue was US$42 billion last quarter, after reaching US$129 billion in 2020. It’s growing at a rapid rate, and as cloud adoption increases across the world, digitally mature Europe will be no exception to this trend.

But as Synergy analyst Dinsdale puts it, “it is almost impossible to imagine the current market dynamics changing much in the next five years. This is a game of scale and the Big Three certainly recognize this, as these companies continue to invest heavily into building data centers in Europe, having plowed over €14 billion into European capex in just the last four quarters. Much of it was spent on a continued drive to upgrade and expand their regional network of hyperscale data centers.”

While Amazon and Microsoft will not be losing any sleep worrying about their future prospects, the European cloud providers can still continue to grow steadily, he added. “The key for them is to stay focused on use cases that have stricter data sovereignty and privacy requirements and on customer segments that require a strong local support network,” Dinsdale noted.