Don't be fooled into thinking we're on the brink of a cryptocurrency revolution just yet. 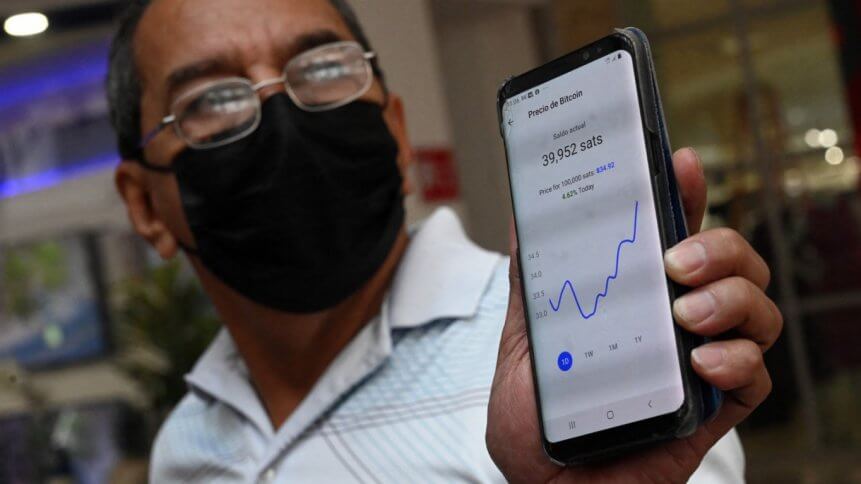 A man uses the Bitcoin app during the presentation of a Bitcoin ATM at a shopping mall in San Salvador. Source: MARVIN RECINOS / AFP

Retail giant Walmart is the latest company in recent weeks to go public about its active interest in cryptocurrencies, posting an ad for a senior director to head up the company’s exploration of all things crypto. The store chain joins Amazon in active pursuit of at least the possibilities around blockchain-based money. Even Twitter is in on the action, as is PayPal.

But how far away are we from being able to pay for a week’s groceries with Bitcoin, Dogecoin, or any other of the thousands of cryptocurrencies? While the answer remains “a long way, in all likelihood,” the fact that billion-dollar businesses are starting a staring match with one another means that sooner or later, someone will have to blink. When that happens, watch out for the bandwagon juggernaut-ing down a street near you.

A few retail outlets already accept some forms of cryptocurrency as payment for goods or services. Typically, these are niche vendors who peg asking prices published in crypto to fiat (or “normal”) currency. If Bitcoin’s value stands at US$30,000 per coin, selling a high-end graphics card (there’s a tendency for the tech vendors to crop up a lot, unsurprisingly) might cost you 0.1BTC. A week later, the price could be 0.15 Bitcoin if the average exchange value has fallen.

But there are significant practicalities that currently prevent brick-and-mortar stores from accepting cryptocurrencies at the till, not least of which is the speed at which currency movements can be verified at the required scale. Depending on the crypto, how it’s valued, how it’s programmed, and any number of other variables (like network speed), cryptocurrency movements done at scale are comparatively slow. 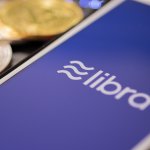 With a “traditional” credit card payment, money moves quickly: there are thousands of transactions worldwide completed every second on just the Mastercard platform, and the company has the capability right now to process more, just as quickly. The same is true of Visa, Amex, and the rest. A single Bitcoin transaction can take up to ten minutes.

There are plenty of cryptocurrencies out there with fast processing capabilities — EOS and Ethereum, for example. So why don’t we see “We take Ethereum” signs at payment registers everywhere?

The answer is: we might, but not today. And to find out why, it’s necessary to talk about some economic basics.

When your employer pays you, their banking ledger (held at the business bank they happen to use) gets a negative number entered into it. A corresponding positive number appears in your bank’s ledgers against your name. In some cases, your government’s bank’s ledger also gets a smaller positive number added to it — that’s called “tax.” The institutions that hold the ledgers, banks, are hugely regulated by governments. Law enforcement bodies have the right — enshrined in legislation — to make sure that all the positive ledger entries come from an honest day’s work, for instance, not from something illegal.

This 40 page report is the most comprehensive to-date on compliance and Monero and will greatly assist adoption of XMR!https://t.co/RyvhGNlB4e

In this (much simplified) model, we have three ledgers — you get to eat, pay rent, and not go to prison. Here’s where cryptocurrencies change things around.

Take a single ledger that contains all the financial transactions, encrypt it, and then let everyone have a copy to look after. When your employer pays you at the end of the month, the ledger gets two new entries – one in red ink – your employer’s debit – and one in black – your credit. All the copies of the ledger are updated (the ledger is called a blockchain for the sake of argument, by the way) so everyone has the latest version.

The part of this that’s unpopular with traditional financial institutions and governments is that you don’t need to register to take part in the whole blockchain/cryptocurrency exchange system. Anyone with a computer, like the one that runs your smartphone, can make and receive payments and do so fairly anonymously (depending on the cryptocurrency). Instead of a name against an account (and an address, a passport, and a driver’s license), users are just long strings of anonymous numbers.

Now when your employer pays you, the government has no way of knowing about it. In fact, the government has no idea who or what specifically is using the blockchain at all. The system is both open (the code behind all this is open-source, generally) yet completely closed (hidden behind anonymity and encryption).

The end of the world

If governments have no way of knowing what tax is due to it, it has no reliable way of raising any money (other than via voluntary donations by kind-hearted individuals), so no one pays the police, the fire services, the doctors, and the civil servants. To take the argument — or vision — to its logical conclusion, the economy collapses, and anarchy reigns.

Naturally, that dystopian vision will (in all probability) not come to pass, but it does go some way to explain the popularity of cryptocurrencies among advocates of “alt” philosophies of various creeds. Cryptocurrencies have the potential to shake up the accepted means of exchange (money) in daily use by the majority of the world’s population.

Those dark visions also explain why many large financial institutions have come out so strongly in the past to denounce cryptocurrencies (yet while often simultaneously engaging in a little speculation themselves). More recently, however, large banks have begun to use some blockchain technology (such as Ripple) as part of their operations. The blockchain (the distributed, encrypted ledger) has multiple use cases in legal settings and supply chain verification where proof of provenance is required.

It’s certainly a flex for Jack Dorsey to be CEO of two publicly held corporations and say, “Oh, but my biggest interest is…this other thing.” (But at least he didn’t name himself CEO of it.)

Further afield, the Chinese government has announced its own digital currency (not a cryptocurrency), seen as the next logical step for a system of exchange by many. As the inventor of paper money around 1,000 years ago (to replace heavy coins), that seems fitting, although its reasons for doing so have more to do with increased control of its currency rather than anything else.

Our traditional means of paying for goods and services took many thousands of years to develop and become relatively foolproof (albeit wildly imbalanced). The big companies that are actively pursuing cryptocurrency options are doing so in order that if (or when) a cryptocurrency system takes off, they are not left behind. The most recent proposal for mass adoption of a cryptocurrency that might have had significant momentum was Facebook. However, its efforts were subsumed under a barrage of criticism, corporate partners’ pullouts, and Congressional nay-saying.

Having accrued significant proportions of the world’s available monies, big businesses are unlikely to float any cryptocurrency schemes that endanger their privileged financial positions. This staring match is a high-stakes game.