From video calls involving 130 people to no-shows at the general rehearsal, Josef Lieven and his team of software engineers faced their share of challenges on the road to Europe’s digital Covid certificate. But some 10 weeks later, they are ready to launch the EU region’s first online vaccine passport, with the lofty aim of making summer travel easier for Europeans.

“There’s a feeling of relief, and also pride that we managed to do it,” said Lieven from T-Systems, who jointly led the IT project with fellow German firm SAP. The European Commission tasked both companies with developing a digital certificate that says whether a person has been fully vaccinated against Covid-19, has tested negative, or recovered from a coronavirus infection.

The information is stored in a QR code that can be scanned and recognized by the 27 members of the European Union plus their neighbors Iceland, Norway, and Liechtenstein. The application is often dubbed the vaccine passport, and is the first digital health portal to be accepted across EU borders, while adhering to the bloc’s strict data protection laws.

“Even if it was challenging, we’ve come up with a solution in Europe that many other, even hi-tech regions and countries don’t have yet,” Lieven told AFP in a phone interview. Deutsche Telekom subsidiary T-Systems and software maker SAP last year already created Germany’s privacy-conscious contact-tracing app.

They were later commissioned by Brussels to make several national virus-tracing apps talk to each other to better track the pandemic across borders.

Developing the software for the new digital health pass was “similar”, Lieven said, “but also more complex” because more countries wanted to have a say from the start. And of course, time was of the essence with governments eager to make travel and tourism feel as normal as possible from July 1, the kick-off to Europe’s crucial summer holiday season.

Using the same teams that worked on the previous corona apps, Lieven and his engineers started coding for the prototype before they even had the full specifications. The European Parliament and EU member states reached a political deal on the certificate on May 20, and until then there was always a risk that countries would demand unexpected changes.

Writing the software itself was just a part of the task, Lieven said, with data protection, safety issues, and the immense international coordination all needing attention. Lieven said one of the most “exciting” moments was the weekly video call where 130 representatives from participating countries got together to exchange updates or raise issues. 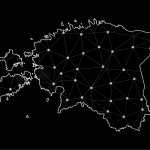 The final three weeks were the most stressful, dedicated to meticulously testing the link-up between each country’s national system and European servers. Things didn’t get off to a smooth start when the two countries that were meant to launch the critical testing phase weren’t ready on the first day.

“So that Monday, we had no one we could test with. That was a surprise,” Lieven recalled. But the kinks were resolved by the next day and “everything worked like a charm”.

Lieven is now looking forward to using the app for his own benefit. During a recent trip to see his son in Denmark, Lieven told him that “the next time you visit, your trip will be easier with the digital certificate”.