‘Coding is for everyone’ — thoughts from an Ocado engineer

Now managing an engineering team at one of the world's most exciting tech companies, Jacquiline Train has never let tech's inherent gender bias temper her career. 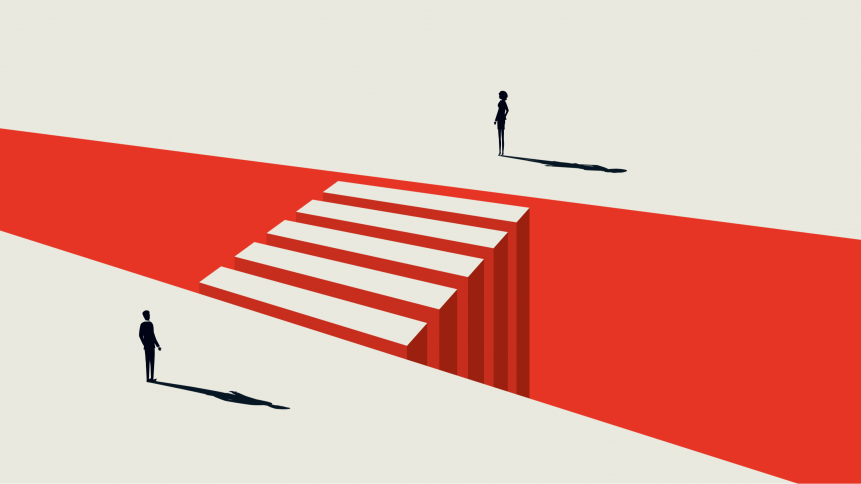 A canyon to cross. Source: Shutterstock

Just last month, at nearly £22 billion (US$29 billion), Ocado knocked Tesco off the top spot as the UK’s most valuable retailer. The landmark valuation was down to investor belief in the game-changing technology hidden away in vast distribution centers, developed by Ocado Technology — the hive of innovation behind it all.

Ocado Technology builds advanced and innovative retail and warehouse automation systems (think robotics ‘swarms’ the size of football fields) out of five hubs around the globe, enabling them with the hardware and AI-powered end-to-end logistics platforms that are driving a competitive new era of commerce today.

The company is a future-facing sector leader, pioneering new ground and leading new norms. But the progressive mindset doesn’t live and die in the technology it creates — it permeates its culture and people creating that technology too.

For years now there has been a pervasive stereotype that development and programming is the reserve of men — whether that’s a jaded one of antisocial, ‘geeky’ guys with ponytails and Iron Maiden tee-shirts, or a more 21st-century version: the Silicon Valley ‘tech bros’ at fast-growth startups like Uber.

Underneath the caricatures, the truth is that the industry has been dominated by men for decades.

Well-acquainted with the fact is Ocado Technology’s engineering team lead, Jacquiline Train who, while leading an engineering team at the rapidly-growing tech firm, uses her influential position in raising awareness around the need to close the long-standing gender gap and remove accompanying bias from STEM industries. 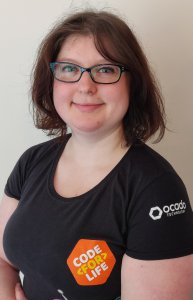 Speaking to TechHQ, Train – whose work involves building iOS and Android apps for retailers – explained how her fascination in tech grew from “video games and movie effects” to “recognizing the power of computers.” This fascination flourished, she explained, because it was never derailed by others’ expectations of ‘appropriateness’ — the pressure to conform with what some elements of society might have regarded as normal interests for a girl.

“That’s probably what started me down a path of STEM qualification,” said Train, “[…] it’s really important to recognize that being different isn’t the same as being wrong, […] there are no negative connotations in that, it’s about embracing what makes you different.”

We spoke to Train just days after Ada Lovelace Day, an international celebration of the achievements of women in science, technology, engineering, and maths (STEM). The day served as a clear reminder that the world of computing and programming has not always been the way it is. Lovelace was a British mathematician and computer pioneer and is recognized as the first real programmer; the first person to understand computing’s true potential.

But she was just one early member of what began to emerge as a female-led industry during World War II — one regarded at the time as of relatively low status, which simply sought candidates who were logical, good at math, and meticulous.

Throughout the decades to follow, as the technology industry grew in its significance, women were sidelined, and now make up around just 13% of students studying computer science, gaming, and related courses in the UK. Just 5% of leadership positions in the technology sector are held by women, according to PwC. And with far fewer women entering into programming careers, bias has perpetuated. Consciously-imposed or not, it manifests in ways that will likely be both familiar and unique at the same time to many women.

Train reflected on encounters that prevailed more in her earlier career: “It can be very tricky to navigate those situations.” These instances would be something like a small question of doubt over her knowledge, and difficulty feeling heard in a meeting.

Calling out the bias

One well-publicized case in 2017 made this bias clear in black and white when a male worker had accidentally been using his female colleague’s email signatures within his emails to associates. Dumbfounded by “rude” and “dismissive” responses, he realized the error and re-introduced himself — he noted an immediate improvement in tone, gratitude, and positive reception to suggestions.

You can read Martin Schneider’s Twitter thread of the situation below:

So here's a little story of the time @nickyknacks taught me how impossible it is for professional women to get the respect they deserve:

Schneider’s story took off because many had never expected gender bias to be so pronounced. Millions of women across industries will have their own stories, few will be given such airtime. It’s important to bring attention to these moments which might, in some cases, be easy to dismiss. And calling them out is not only important to open men’s eyes to gender bias in the workplace, but also for those subjected to it. Train explained how this unconscious bias can insidiously manifest in ways that stymie performance and self-perception.

“When managing people, it can cause you to doubt yourself and your decisions.

“You get in your own head about it. And you wonder whether or not you’re being firm and fair. Or if you’ve strayed into what would be termed essentially ‘bossy’ territory. Like there are some negative connotations words that come with trying to be a woman in leadership — and it can be hard to reset your own state of mind to realize that you can feel confident in your own abilities and not apply that bias even to yourself, even if it’s not an external factor.

“It’s not too unlike imposter syndrome, which I know many people can relate to.” 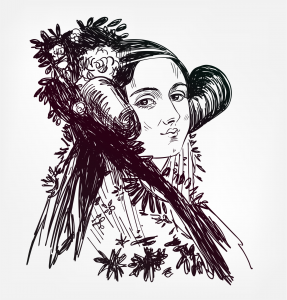 In her time at Ocado Technology, Train hasn’t encountered this sense of bias. In a “supportive” environment, she’s built skills and confidence, and the backing to focus more energy on not just her work and team, but on raising awareness around gender bias in the wider STEM industry. Train is involved in career fairs for the fast-growth tech business and is one of the interviewers for backend developers, which helps to raise the profile of women in technology. On Ada Lovelace day last year, Ocado Technology hosted a Code for Life day for girls from secondary schools to come and code with Micro Bit computers.

But tackling the issue requires actively increasing gender equality in STEM careers — encouraging girls in schools that these are careers they can and should pursue, and ones in which, like Train, they will achieve great things.

“The visibility of the tech industry has grown exponentially in recent years. But it’s not necessarily obvious to those in schools from various backgrounds, that it’s a career path that’s open to them,” said Train. “We don’t want them to just see a limited picture of the industry when there’s a tremendously diverse world out there, ready to welcome new talent.

“And I think if we can open up that option to younger children, then we’ll inspire more of them to follow the path of a numeral scientific qualification and the diverse worlds that path can open to them. And it’s something that I actively try and encourage myself.”

“You need to surround yourself with these kinds of women and learn from them. They might be at the company you’re applying for, but if not, you find yourself as the only female in your area, see it as an opportunity to raise awareness. Reach out to the allies that you will have in the industry and at regular meetups and you’ll find a community ready to support you,” she told TechHQ.

“Coding is for everyone.”