What the holidays revealed about our economy

The fragile ecosystem of consumers, brick-and-mortar retailers, and tech giants is shaped by current affairs and the larger economy. 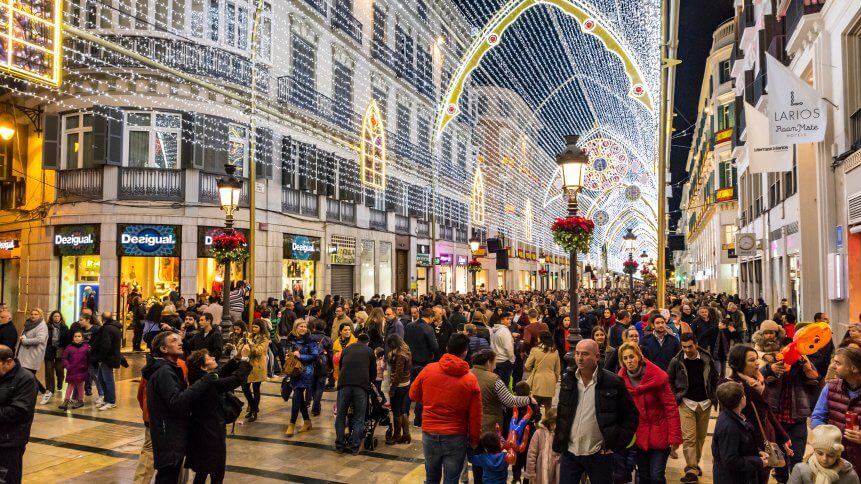 Holiday sales provide a window into the socioeconomic state of affairs. Source: Shutterstock

As 2019 came to a close, people checked out festive retail window displays to figure out what to buy. And more broadly, holiday sales provided a window into the socioeconomic state of affairs.

During this time of palpable, geopolitical tension and uncertainty, every economic and political indicator will be closely scrutinized. Apple shares surpassed US$300, reflecting demand for new and upgraded technological products during a robust holiday quarter. 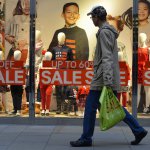 Will holiday sales meet expectations? Nothing is certain

At the end of November, consumers went online and spent somewhere between US$7.2 billion and US$7.4 billion on Black Friday. This represented a 20 percent increase from last year. Buy-online-pickup-in-store (BOPIS) orders also jumped 43 percent, suggesting that people are largely receptive to new digital transformations and hybrid approaches in retail.

However, record sales are also complemented by record returns. In the US, consumers are expected to send back US$100 billion of goods purchased between Thanksgiving and Christmas. Online purchases are three times more likely to be returned.

Amidst all of this, some consumers opted out of both online and offline sales. On Black Friday, #BuyNothingDay became a trending hashtag on Twitter. In bricks-and-mortar, traffic was down by 2.1 percent.

That could be for the best. Black Friday sales in brick-and-mortar sometimes create a frenzied environment among shoppers, premised on scarcity. This has led to anxiety, injuries, and even deaths.

But the conversation requires nuance.

Nadra Nittle, a journalist with Civil Eats, wrote an article challenging “the classist vilification of the Black Friday shopper,” as reflected in the sometimes snarky or judgmental tenor of news media coverage. Her article also provides socioeconomic context around crowd behavior.

In her introductory tweet, she explained, “Low-income people, along with mothers and people of color, are the groups most likely to take part in Black Friday sales. Consider not shaming people for shopping during a time when they can actually afford to.”

Previously in this TechHQ column, I pointed out that holiday spending offers a glimpse into our psychological and economic drivers. Retail investors are realizing that they’ll need to go beyond traditional savings techniques and lean into risk in order to brace themselves for the continuation of sharp cost of living increases. The US homeownership rate remains below historic 2004 highs. Diligent savings won’t cut it. But it’s hard to gauge levels of investment risk during times of such profound economic uncertainty and combative tariffs. Furthermore, many analysts have been getting things wrong.

Armed with vast resources, Amazon decided to invest heavily in Prime subscriber growth, completely overturning some forecasts. Other companies that are much less established and proven also seem willing to massively spend. Low-interest rates have skewed incentives for startups and afforded them the option to forge ahead, disrupt sectors, and treat profitability as an antiquated concept.

This creates a chasm between some old school investors and those who are more accepting of quantitative easing, budget deficits, the peculiarities of Silicon Valley, black box and high-frequency algorithmic trading, and all-or-nothing, oftentimes circuitous startup trajectories. During these politically volatile times, when even tweets can overshadow monetary policy, which worldview will prevail? And who is right?

Critics of retail investors have argued that the cumulative effects of small, biased, and undisciplined trades actually undermine the financial markets’ role in allocating resources efficiently. Fear and an overreaction to headlines are known factors that can trigger panic selling.

These are especially erratic times, capable of provoking emotional reactions. President Trump’s trade policy is bucking precedent and he is now the third president to be impeached in US history. The House Judiciary Committee’s articles of impeachment assert that he used the powers of the Presidency in a manner that compromised national security and the integrity of the democratic process.

However, supporters of the President are giving him credit for the more positive economic figures (it’s a mixed picture). In particular, they’re pointing out that the Dow has rallied 10,000 points, or more than 54 percent, since his election. 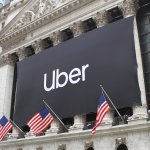 That rally has been partly attributed to what appears to be a recent de-escalation of trade tensions. The trading relationship with China has become increasingly vital to American consumerism. Dollar stores are on the rise. Consumers seem to be less responsive to branding and they’re picking up more commoditized goods that were manufactured overseas. It’s a way of surviving during a time of gig work and wage stagnation.

The struggle of low-income families becomes even more perturbing when you consider the double standards of this economy. Households collapse under their personal and medical debts, yet huge companies are operating in the red without consequence.

There are some obvious tech examples of this. James Grant, the author of a frequently contrarian Wall Street newsletter, has described Uber as “interest rates on wheels.”

Before its IPO, Uber tried to inspire a favorable view of its operating losses and its long-term prospects for diversification and technological evolution by comparing itself to Amazon, rather than its rival Lyft. For retail investors, this reference point might lead to FOMO buying (Amazon’s stock is currently trading at nearly US$1,900).

For James Grant and other analysts, Amazon is not a valid comparison for Uber, despite the logistics element at the core of each company.

It doesn’t do justice to Amazon’s free cash flow or the consistency of its approach. The Seattle-based company regularly takes razor-thin margins on huge volumes of sales in order to reinvest in operations, technology, and growth. It’s clear that they’re in it for the long haul. Other companies seem more inclined to just bleed, with the support of venture capital, as part of an unsustainable strategy that ensures the disruption of a sector and the destruction of competitors. They don’t really know how to bandage themselves and find new vitality. How then do they command such lofty valuations? Why are their people still able to show up for work the next day?

In an interview on the Alpha Trader podcast, James Grant said that Uber and companies like it are “creatures of the monetary environment.” He explained, “There’s a whole economy, a sub economy that is doing these things and it’s supported by these interest rates which have no basis, I say, in nature, but rather are the productions of our meddlesome central bankers.”

Some failed IPOs in 2019 might indicate that investors and analysts are sobering up from their speculative mania. As retail investors look to participate in business successes in 2020, they at least have more technological tools to facilitate those investments, thanks to new fintech apps like Robinhood that have eliminated charges previously incurred.