Does Trump’s deal do right by US tech?

Theft of tech IP is a massive problem that requires good faith and follow-through. 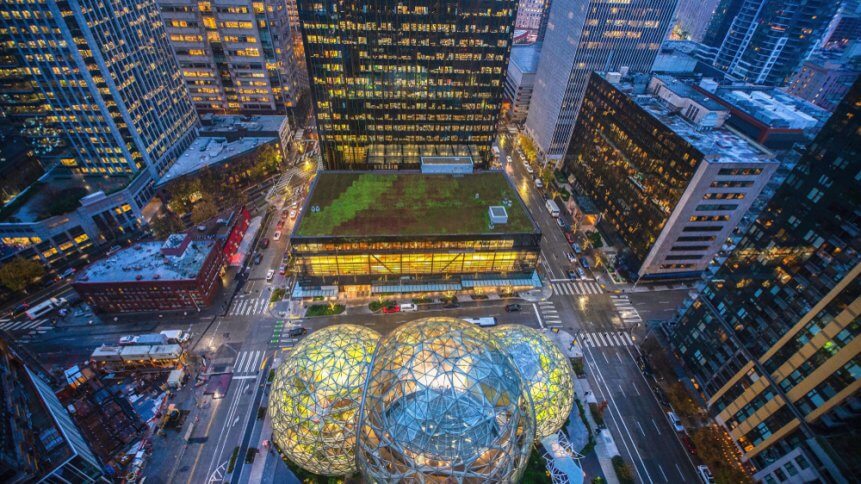 Aerial view of the Amazon Spheres at its Seattle headquarters. Source: Shutterstock

In the past, Chinese economic espionage has been extremely aggressive and unrepentant. Fujian Jinhua Integrated Circuit seemingly stole proprietary technology from Micron Technology, a US-based maker of DRAM chips.

Micron was not the only victim. A recent executive survey suggests that 1 in 5 North American corporations have lost IP to Chinese espionage.

This pervasive economic espionage fundamentally undermines the virtuous components of capitalism because the massive risk-taking and expenditure of a US corporation’s R&D turns into a loss, not a unique market advantage.

The line in the phase 1 trade agreement indicating that “China regards trade secret protection as a core element of optimizing the business environment’” could make any affected US business leader wince because these professed values have been so clearly and relentlessly contradicted by escalating hacks. But they might also find it refreshing to see economic espionage consequences mutually agreed to and spelled out in print, following a period of sustained apathy.

A Tale of Two Business Cultures

Some of that apathy came from US politicians, who seemingly viewed an affected US corporation’s IP losses as an acceptable sacrifice in the name of the overall trade volume.

But many business leaders also detected apathy, or at least an absence of shared values and legal institutions, from China. IP protection is a historically recent phenomenon in the nation, which granted its first patent in 1985; whereas in the US, the first patent was signed by George Washington.

Although the Chinese government agreed to IP-related reforms decades ago as part of its standing in the WTO, China has only had IP courts since 2014 and is still reforming its laws and regulations.

In an issue of Harvard Business Review from 2007, two academics offered a counterintuitive take: “Why should multinationals doing R&D in China be pleased that a Chinese firm recently sued an American company for patent theft? Because it suggests that Chinese businesses are gradually acknowledging the importance of intellectual property rights.”

They noted at the time that an estimated 96 percent of the software being used in China had never been paid for, and that technologies were susceptible to reverse engineering. They suggested ways to generate respect for IP in China’s business culture.

Authors Georg von Krogh and Stefan Haefliger explained, “The best approach, in the long term, is to invest in improving local attitudes toward IP by stimulating innovation within Chinese partner firms and letting those partners participate in the gains that stem directly from locally generated knowledge. The shared gains then become incentives for protecting proprietary knowledge.”

But the idea of fostering IP respect through partnership has since backfired. Foreign firms that were eager to gain market access into China agreed to joint ventures with Chinese firms, were forced to transfer technology IP under these arrangements, and were then squeezed out.

The new agreement states that any transfers of technology or licenses between people of each country must be voluntary and based on market terms.

Another point of view?

It’s worth briefly noting that my depiction of events, while informed by business relationships and research, isn’t accepted by everyone.

Gu Bin, an associate law professor at Beijing Foreign Studies University, wrote an op-ed in the Financial Times both challenging the American interpretation of IP theft and attempting to justify the theft.

“When an under-developed country tries to catch up with a developed one, it learns by imitation, by way of reverse engineering,” he wrote.

After claiming that the US stole textile machinery knowledge from England at the turn of the 19th century, Wu Bin claimed, “The US has climbed the ladder to tech supremacy only to kick it away now that it has reached the top, just as Britain jealously blocked America’s rise.” 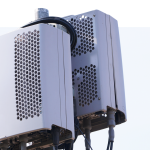 Article 1.3 in the trade agreement states that the Parties shall ensure that all natural or legal persons can be subject to liability for trade secret misappropriation.

However, the Chinese government might be willing to throw its own state-supported individuals under the bus if it means billions of dollars’ worth of IP. In fact, they regularly arrest their own business leaders and workers whenever political views or financial interests diverge too much.

There’s some language in the trade agreement aimed at mitigating IP theft denials in situations where the evidence is ample but not completely watertight. The agreement is trying to create new methods of dispute resolution. That is progress.

In addition, victims of IP theft will no longer need to establish the scope of their losses as a prerequisite for a criminal investigation.

It can be difficult to quantify the financial damage of all this recurrent technological theft. A proprietary characteristic, resulting from costly R&D, does not always guarantee market success — just think of foldable phones or VR or any of the other recent innovations that have thus far failed to strike a chord in the expected ways.

The implicit incentives and redistributions

This thorny issue goes beyond the specifics of a deal. It’s really about the ways that we, as a global community, implicitly reward and deter important work.

In my view– once you really cut through the increasingly dramatic ideologies that are sometimes just ‘tried on’ for the sake of social impressions– most reasonable people tend to favor a mixed economy. Those of us who do, do so because different problems are best solved by different means.

But it is also worth noting that a wisely-designed mixed economy helps to counteract boom-and-bust cycles, reducing the pain felt during severe contractions and inflation. The guiding principle here is economic stability and the structuring of incentives in a manner that serves society.

With that being a fundamental part of the intent, what stability could possibly arise from a business environment riddled with hacks and spies? Why would we choose to accept a world where job-creating companies crash and burn, not because of their failures to innovate or meet demand, but because of the misconduct of a crucial trading partner?

You could argue that this simply creates a greater incentive to invest heavily in cybersecurity. But it also removes the incentive to take big swings. And society benefits tremendously from those big swings. Which would we rather encourage — a society of padlocks, or inventions?