Where should technology innovation happen?

When it comes to environments that spawn tech innovation, we are moving away from old associations with garages and dorm rooms. 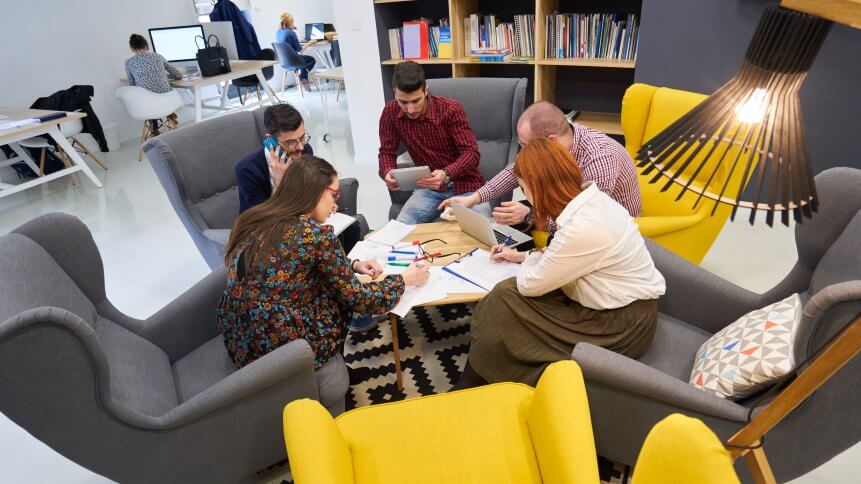 What does a tech innovation hub look like? Souce: Shutterstock

You would be forgiven for thinking that it’s an obvious, or possibly even slightly rhetorical question if you stop and ask where should technology innovation happen?

Strangely enough, the answer isn’t quite as simple as anywhere and everywhere.

One philosophy says that technology innovation should happen in the bedrooms, garages and garden sheds of individuals and small groups. This is an old school notion and it has set the standard for the way a lot of IT innovation has happened.

Dave Packard and Bill Hewlett first started working on developing their technology creations in a garage. Today you might know the company not as Dave & Bill’s, but as Hewlett Packard, or HP.

The Dave & Bill independence spirit has lived on and been further evolved by the open-source software movement, which of course champions the community contribution model of development. Anyone should be able to input and help push a project forward, from an organized group to an individual.

But not everyone agrees with independence and the idea of unbridled creative spirit.

The counter-argument to individualism and open development suggests that these innovations will never (or at least rarely) flourish and show their full potential. Not, that is, unless they are offloaded to some organized corporate development vehicle with funding.

The systematized, organized and professionally managed approach to technology innovation is argued to have access to known best practice reference architectures, have access to expert consultants and analysts… and have access to space (not a garage) where development can be ‘workshopped’, analyzed and tracked.

What do you call a creative space that is not a garage or a bedroom? It’s generally a developmental lab or workshop space that has desk space, creative zones, and a Pepsi machine. More importantly, it also has access to higher-end test equipment so innovations can be stress-tested for scaled development, just in case they become the next Twitter, etc.

These not-garages™ (not an official term yet, but it might get there) are often called Proof of Concept labs, strategic startup accelerators, development foundries or (paradoxically, thanks to the marketing people) corporate garages.

Some people love the cocooned space and encouragement factor of an experimental foundry, some people recoil at the thought of some corporate sponsor having an association with new personal creativity— it takes all sorts. 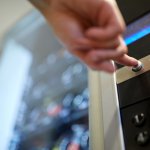 Does your office need an IT vending machine?

One key benefit of formalized innovation spaces is their ability to encourage technology innovation from all sorts of people across the neurodiversity spectrum.

Today, rather than autism being seen as a disorder, it is increasingly being viewed as part of a spectrum of neurodiversity.

While unemployment rates for adults on the autistic spectrum remain high, many occupations (and many types of IT development related to programming) lend themselves well to neuro-diverse talent.

Companies are figuring out how to recruit and retain employees who have prized skills with sharp attention to detail that is ideal for roles such as data analytics, quality assurance, and data validation. They might just find some of them in the neurodiversity space.

Ultimately and inevitably, this discussion has to gravitate towards the use of Artificial Intelligence (AI) and Machine Learning (ML) as a route to IT innovation. If we ask whether the robots will build software for us in the future, the most likely answer is yes and no.

As we know, computers only know what we tell them, but increasingly sophisticated AI developments have allowed us to build systems that are moving towards an ability to exhibit sentient reasoning.

If we expose the algorithms driving AI to the problems we have not yet been able to solve through human reasoning, they will find some of the answers… even if they don’t find them all and we humans end up finishing the real-world application elements of the job

So even if innovation has some parameters on it these days… and even if this means that that it doesn’t always happen anywhere and everywhere… we must ensure that it happens with everyone.

From the admin and cleaning staff to the sales department and onward up into the C-suite, innovation should be democratic, user-agnostic and self-governing.

Did your office security guard just come up with an idea that the boardroom needs to hear about? Make sure you keep all the innovation channels open and make sure you let us know when we can expect the next big thing.