Starbucks deserves to be viewed as one of 2019’s most innovative, tech-driven retailers. 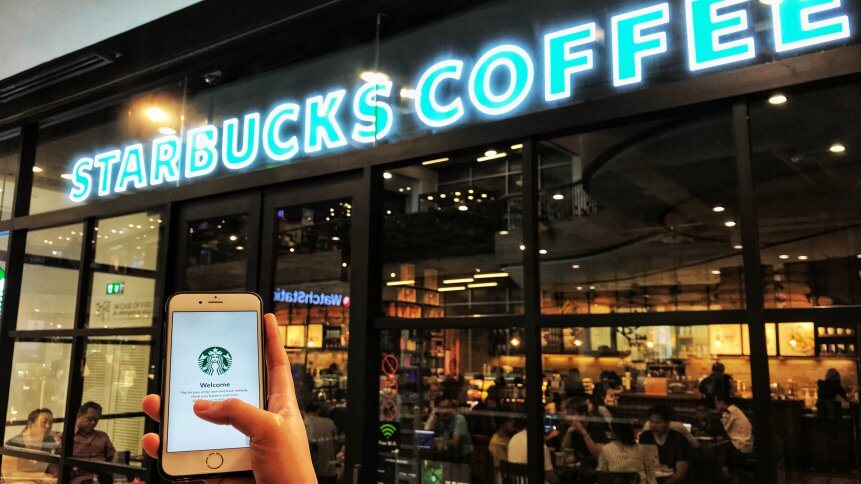 The Starbucks app will have 25.2 million users this year. Source: Shutterstock

Starbucks has reported a strong finish to fiscal 2019.

The US business delivered 6 percent comparable store sales growth in the fourth quarter, while China increased comparable-store sales by 5 percent and total transactions by 13 percent. 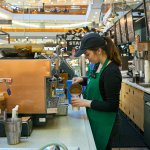 Does ‘unique and proprietary’ still matter?

The company’s drive to target customers via mobile app and customized emails continues to produce results. Membership in its rewards program was up 15 percent in the US from the same period last year.

On the downside, Apple Pay has overtaken Starbucks as the most popular mobile payment app in the US, according to eMarketer.

The former is set to be available in 70 percent of US retailers by the end of 2019. It is now expected to account for 47.3 percent of mobile payment users.

All is not lost, however, as the Starbucks app will have 25.2 million users this year (39.4 percent of users). Still pretty good going.

An exclusive Starbucks-themed Tmall Genie is available through the Starbucks virtual store in China. “This ushers in a new era of digital customer engagement for us, leveraging ground-breaking digital technology to create an unprecedented experience that elevates our connection with customers to new heights,” commented Molly Liu, VP and General Manager, Digital Ventures, Starbucks China.

“We are focused on ensuring that voice ordering is truly personal, and we look forward to offering our customers more convenient moments and new opportunities to engage with us on a single integrated platform as they move throughout the day.”

The Starbucks Delivers service has been expanded to five new US markets: Atlanta, Denver, Phoenix, Philadelphia, and New Jersey, alongside further growth in the New York Metro.

The offering, which is available through the Uber Eats app on iOS and Android devices initially launched as a pilot in late 2018. It is now live in 16 US markets and will reach national availability in early 2020. 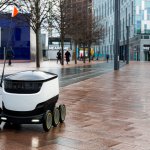 Elsewhere, this week it will open its first-ever Pickup store in New York City’s Penn Plaza. This uses the retailer’s Mobile Order & Pay feature as the primary ordering and payment method for customers.

Users can select “Starbucks Pickup – Penn Plaza” as their desired location and build their order using the full menu. After arriving at Penn Plaza, they can track the progress of their order on a digital status board and pick up their items from a barista.

The offering was tested out at the Tryer Center, situated in the Starbucks Support Center in Seattle.

Cryptocurrency custody and futures trading platform Bakkt is developing a consumer payments app and merchant portal. Can you guess who the launch partner is?

According to a Medium post, the move will help consumers “unlock the value of digital assets, as well as ways in which they can transact or track them.”

“We are testing with our first launch partner, Starbucks, which we expect in the first half of next year,” it added.

Maria Smith, Starbucks’ Vice President of Partnerships and Payments, commented: “As the flagship retailer, we will play a pivotal role in developing practical, trusted and regulated applications for consumers to convert their digital assets into US dollars for use at Starbucks.”

Yes, the company has considerable resources at its disposal. But plenty of other big hitters have squandered their cash in recent years on misjudged tech projects and initiatives. It’s also a vision thing and the coffee chain has that in spades.