A ‘Silk Road history’, lack of use cases and little work on UX means blockchain remains a mysterious beast. 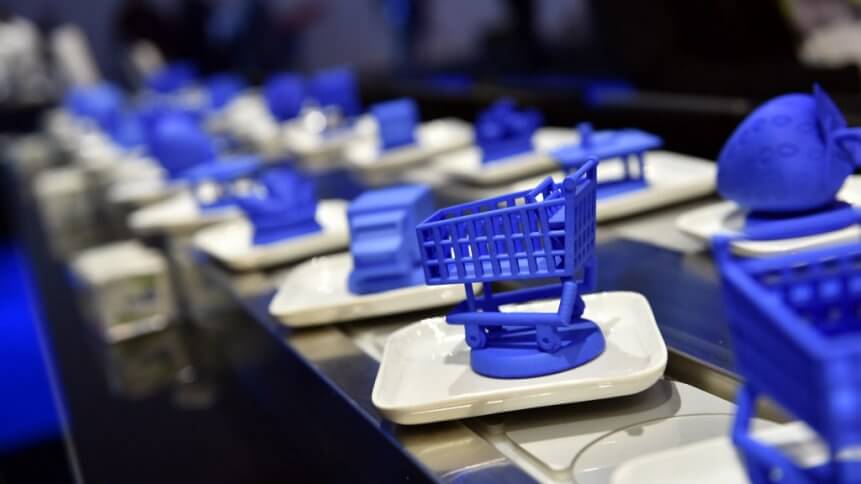 A conveyer belt with objects is used to demonstrate blockchain technology at the IBM booth at CES 2019. Source: AFP

Blockchain is a bit like the frost-free mechanism in your refrigerator. You’ve known it’s there, you think you remember how it works— but you’re still not totally sure whether or not it might be magic. 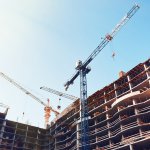 How blockchain could transform real estate

Actually, that might be a poor analogy, but it’s tough to find any other single thing in our world that is clearly of great functional use but is somehow out of reach in terms of how it provides a background service that we all depend upon.

Part of that intangibility and uncertainty may come down to the fact that blockchain is still evolving and very much in its early ascendancy.

For those that would enjoy a reminder, blockchain is best described as a distributed, immutable ledger. It’s distributed because any single blockchain has to reside on many machines, it’s immutable and tamper-proof because any change in one location has to be mirrored in all other locations, and it’s a ledger because that’s what it is i.e., it’s a proof record of transactional data.

What all this means is that we’re creating record systems across peer-to-peer (P2P) networks that are inherently designed to prevent any single point of failure (SPOF). To make it even simpler, you could just call blockchain a decentralized database, but nobody really does.

So if this much is understood, what are we doing with this technology and what kinds of applications are best suited to benefit from it?

Zage is a digital marketing agency for blockchain apps and startups. The organization’s Real World Applications of Blockchain Technology report provides some pointers as to where we might most likely see apps surfacing that sport ‘Blockchain Inside’ icons or logos in the near future.

An obvious application for blockchain apps is banking in the third world. Developing economies often suffer from weak local ‘fiat currency’ (we must remember that all money has no actual intrinsic value) and poor access to reliable banking. We might reasonably expect to see banks and even local credit unions in these nations setting up financial systems based upon blockchain technology because they are both low-cost and easy to run.

Blockchain started as a means of underpinning cryptocurrency transactions and its history tracks directly back to Bitcoin. If we know that commodity currency (i.e. gold) is hard to come by in developing nations and that fiat currency may not be worth the paper it is printed on, literally… then crypto is a logical way forward.

The financial services industry is expected to be one of the verticals most impacted by blockchain apps in the next five years. But we can also expect healthcare (especially medical records), education, supply-chain systems, and gaming also elevated by this immutable and distributed approach to what is essentially just bookkeeping.

In the digital supply chain sector, blockchain is starting to be used to create what are called ‘smart contracts’. This is a contract that is capable of capturing data relating to all goods (and to an understandable lesser degree, services) in transit as they move from one part of the chain to another.

The smartness factor comes from the total transparency of data that exists across the blockchain supply-chain i.e. all stakeholders are privy to the same level of information that details quantity, movement, and location.

So what’s holding blockchain back? Many people say that seamless user experience (UX) is key to mass adoption and that needs to happen across the web and mobile interfaces that users come into contact with. Because this technology is essentially still developing, the finer details of Graphical User Interface (GUI) UX inevitably suffer because the software engineering focus is still concerned with the backend.

“With a history that is tied to Silk Road and countless cryptocurrencies that are struggling with adoption and volatility, blockchain technology faces challenges of interoperability, scaling, perception and most importantly, a lack of use cases and user interface,” said Chris Hart, COO at Civic Technologies.

Hugo Renaudin CEO at LGO agrees with Hart and says that regulation is paramount for blockchain apps success, as it allows companies to make structural decisions without the risk of a regulatory backlash. “No regulation is worse than bad regulation, as this stifles innovation and inhibits entrepreneurs and companies,” said Renaudin.

The blockchain apps road ahead

As we now engineer blockchain advantages into the fabric of our digital society, there will be challenges and stumbling blocks. Before we build ubiquitous hyper-scale public blockchain ledgers, we’re likely to see more private blockchain instances where access is restricted to a closed group of users.

Private blockchain is sometimes called permissioned blockchain and you (the user) may find that you are exposed to this level of technology before the wide (and essentially open) world of public blockchain.

Blockchain is all about trust because it is immutably decentralized; but building that trust at the user level is harder than simply pressing go. We will get there though, even if it’s just one block at a time.