Investment in tech has a direct impact on business growth, according to Xero.

Part of what I like about technology is that it enables. Of course, it can also replace, and in some cases replace people (which often comes up when we talk about automation). But the best forms of tech are add-ons. They’re tools. They enable us to do more with less, and this makes our lives more efficient and gives us more freedom. 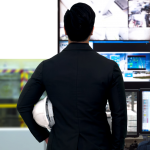 Understanding AI and automation use in business

So, it was encouraging to read something that I have discovered through my own work but also, as many others have, intuited.

New research from Xero, the business and accounting software company, shows that investment in technology is directly associated with business growth. The company’s Small Business Insights arm published ‘Wired for Success: the impact of technology on small business’ this week and found using anonymized and aggregated data that Australian small businesses that increase spending on information and communications technology are 68 percent more likely to be growing.

The data relates to businesses in Australia, but we have every reason to think that the conclusions arrived at in the report would be the same elsewhere. We know that in many countries, developed and developing, lawmakers are working hard to increase connectivity to boost their economies. Investment in tech by small businesses follows the same logic, only on a much smaller scale.

But the report is also interesting for what it doesn’t mention: namely what happens to small businesses whose owners don’t invest in technology over the long or even the medium term. ‘Left behind’ seems an inadequate way to describe the fate of those businesses, especially when they’re the kinds of businesses that are independent or family-run. The report sells a vision of greater profit and rapid expansion, but by omission it also suggests what a catastrophe can befall those people who don’t transform digitally and use digital tools on an ongoing basis.

This is relevant to me because the users of CleanCloud operate in a traditional industry, and traditional industries are often resistant to change. Many of the business owners who use CleanCloud have small, independent businesses, some of which have been passed down from generation to generation. The failure of a business like these would have a devastating effect on the owner and his or her staff, as well as on the communities they serve.

Business owners really need to think of not just the acceptance but the willing embrace of technology as an imperative in our modern, digitally driven world, not as a ‘bonus’.

This points to the double-edged sword that technology can be, and which I alluded to earlier: tech can be both a threat to small businesses and their savior. But tech is often only that way in extreme scenarios. Business owners that adopt a certain kind of mindset and make a decision to seek out new forms of technology regularly, or adopt forms of technology that are self-updating and self-improving, such as cloud software, will never find themselves in a position whereby investing in technology becomes a matter of life or death, commercially speaking.

As Trent Innes, Managing Director of Xero Australia, said when commenting on the report, “a two-speed tech economy” would be “a disaster” for national productivity. That’s why small businesses must be “in lock-step with big business”, especially since small businesses make up the lion’s share of all commercial entities in the global economy.

This isn’t about making small businesses resemble larger ones in how they function but making sure that both are taking the same approach to technology, so that both groups can continue to do what they do best on their own terms.