The convenience of digital comes at the detriment of personal interaction. 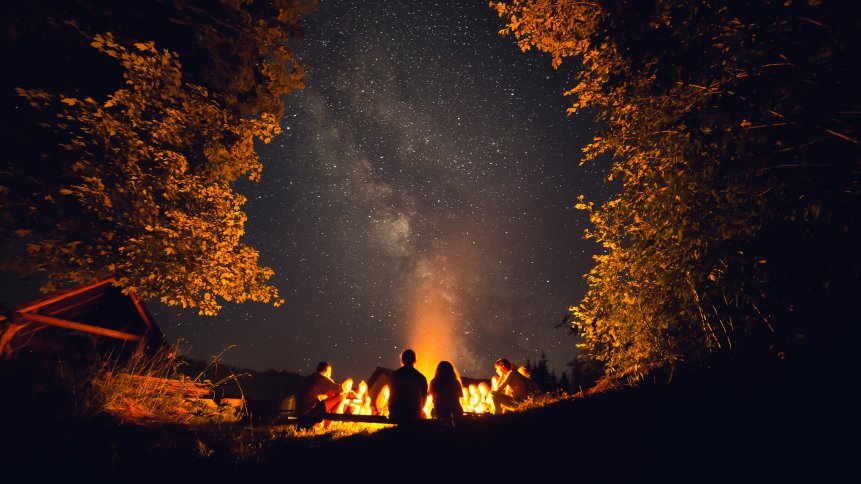 Facebook is not a community. It’s a social media company.

I’m not stating this negatively, it’s an accurate perception. Facebook isn’t a community in any conventional sense, it’s a digital substitute— it’s pervasive, it’s powerful, it’s innovative, and it enables instantaneous, global communication and social organizing on an unprecedented scale.

Facebook’s not alone here, social media platforms at large lack the fullness of human touch, both literally and metaphorically. People aren’t shaking hands, embracing, and looking one another directly in the eyes. That isn’t incidental, it influences the ways that we communicate and the depth of what we share.

Is social media bad for us?

It’s difficult to discern another person’s feelings and intent without the cues of nonverbal communication. Sometimes, social media holds back those significant details. As a consequence, during political discussions, users are pushed away from the principle of charitable interpretation and instead, we presume hostility. Furthermore, the gamification of the exchange promotes argument, not discussion.

Some relationships may suffer as emotional people gauge response times in messages and interpret those gaps as interest or a lack thereof. They can also carefully construct and reconstruct their self-expression, which at times moves them away from a more genuine imperfection.

The whole setup introduces efficiencies to information-sharing alongside these distortions. In addition, social media opens possibilities for commerce and more personalized, creative marketing. There are countless other advantages to these technologies. But we’re not exactly sitting around a campfire, are we?

And yet, social media companies hope to evoke these impressions with their language.

When Mark Zuckerberg took out full-page ads in major newspapers to apologize for the Facebook-Cambridge Analytica data scandal, he closed with, “Thank you for believing in this community. I promise to do better for you.” Facebook’s About page begins with the mission statement: “Give people the power to build community and bring the world closer together.”

Innovation is great and it should continue. There will always be a market for novelty. But we are accepting digital substitutes for real offline customer experiences. And in the process, we’re gradually chipping away at more palpable standards of the community.

It’s easy to find the faults within technologies but market forces support their value. Users keep logging on and checking notifications— there is an appetite for these alternatives.

But a binge-watched TV show does not constitute a relationship with the characters, no matter how much you are rooting for them. A Stranger Things marathon doesn’t put you in the fictional town of Hawkins, Indiana.

The shows, streaming services, and social media companies are not the real problem. They’re just available as consumer options. And they will continue to be fine-tuned over time.

Instead of blaming these companies in a general way, we can ask: Why have so many people failed to use these options with moderation? Why have they shied away from actual community and actual relationships? What led us to accept such diminished substitutes for real things?

A case of millennial burnout?

The answer might be diminished cognitive energy and attention.

The rising cost of housing has driven many Millennials and Gen-X’ers into a state of overwork. According to some analysts, US house prices are going to rise at twice the speed of inflation and pay.

Additionally, many modern jobs exact a heavy, information-processing toll on the mind, resulting in burnout and decision fatigue. Finite willpower and focus get expended on extensive data and tasks, leaving little attention and energy left for socializing. This is particularly true for tech workers, but it also applies to accountants, medical professionals, scientists, journalists, consultants, policymakers, and others.

Perhaps the socialization of a contained fictitious universe is appealing because it isn’t as two-sided. It requires less mental “bandwidth.” A character says or does something and the viewer reacts, but no response is required. If the viewer has the desire to discuss the show, they can do so on social media at the time and place of their choosing.

But, even though tech companies don’t always deserve the amount or type of blame heaped onto them, they could provide a proactive solution.

Digital services could do more to facilitate real-world, healthy experiences. Imagine a notification that encourages you to go to a farmer’s market, instead of sending you down a digital rabbit hole of mindless surfing.

What if we put an industry emphasis on real-world conversions? This could still be profitable. It’s not necessarily less profitable, just less easy. Billboards are a US$29 billion market, with expected 12 percent growth by 2021. On a CPM level, they’re cheaper than many online advertising options. There’s clearly still money to be made in offline advertising. But online advertising revenue incentivizes tech companies to keep people in the digital rabbit hole for long, unhealthy periods of time.

New social media companies could organize or promote sponsored events in creative ways, building off the work of Meetup and Eventbrite. Streaming services and storytellers could orchestrate collaborative, in-person puzzle-solving with narrative tie-ins to their content. Netflix operates off a subscription model, so arguably, it doesn’t matter if people watch fewer shows provided they maintain their subscriptions at the same rates or higher.

Diminished willpower and fatigue create the demand for this status quo, but innovative startups could create the cure.