Is the technology already at 'breaking point'? 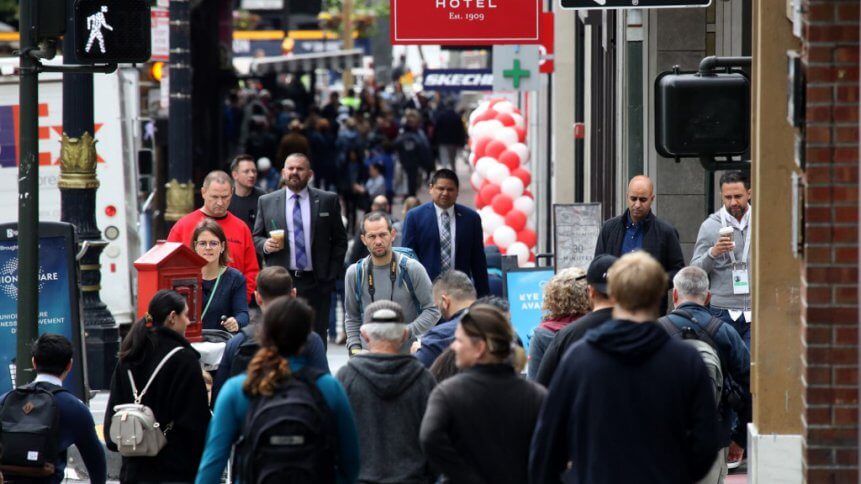 Last week San Francisco famously banned local government agencies from using facial recognition technology. The ban will not affect most businesses and private organizations. But it’s not the news that tech behemoths such as Amazon and Microsoft would have wanted to hear.

Technology that can detect faces in live video streams and automatically match someone’s identity in a database is sparking heated debates throughout the world. An ‘Orwellian nightmare’, where every citizen is under surveillance by technology that enhances the biases that we feed into it has even labeled automated racism.

News stories around taxi cabs in Tokyo using facial recognition to deliver advertisements to passengers based on their age and gender were also met with a mixed reception. Having moved away from the ‘robots are taking our jobs‘ narrative, it currently feels that facial recognition is the new tech bad guy that everyone loves to hate.

Businesses might be thinking twice about leveraging this technology fearing a backlash from their customers and the global community. Many currently believe that the increasing erosions of privacy are the result of tech companies blindly leading everyone towards a surveillance society without thinking of the implications. But behind the headlines, the reality is much more complicated.

Before jumping to any conclusions, it’s essential to understand that facial recognition is a subset of face biometrics. It is used primarily for crowd surveillance and in criminal investigations. Successful facial recognition depends on accurately matching what cameras see with face images that have been previously acquired and usually stored on a server (supervised/monitored, 1:N matching).

The good news for businesses is that facial recognition is not the same as the face authentication that we use to access our personal account on our smartphones or gain physical access to something. Authentication uses recognition— or face image matching— with 3D liveness detection (preventing 2D/3D non-human objects from fooling the system) as a part of the authentication process (unsupervised, 1:1 authentication).

The individual goals, technologies, and approaches to acquiring and managing data are related but are not the same. Opposing arguments that have led to San Francisco’s ban both have valid points. Given the current state of both recognition technology and the sanctioned oversight of it, many believe that the ban on facial recognition was inevitable.

The widespread deployment of this technology appears to be premature. There is currently no adequate supervision from any sanctioned body, government or otherwise. Reports of inaccurate matching and organizations having the ability to manipulate stored images rightly triggered a few alarm bells. But it was the inadequate or non-existent usage and management rules that is a prominent cause of concern.

The lack of sanctioned testing by objective third parties further reduces the confidence in facial recognition. The introduction of mandatory, transparent performance testing; better accuracy; rules on how to manage the data; along with education and training would remove many of these concerns. With the required policies and regulation in place, facial recognition can still deliver value to society. But in the right way.

These points were highlighted to me by John Wojewidka, International Marketing Director, FaceTec, Inc. who said, “If managed and employed thoughtfully and properly, facial recognition could provide valuable levels of safety and convenience, particularly when potential bad actors understand they could be quickly and accurately identified.”

Wojewidka also said that “For unsupervised personal access to high-value assets where there isn’t a person monitoring the action, only true authentication with liveness detection can provide the level of security needed.” And went on to predict “until much of this gets sorted, there’s no doubt we’ll see more cities banning facial recognition.”

San Francisco may well have set a nationwide precedent with its banning of facial recognition, but this isn’t necessarily a bad thing. The subject is much bigger than many realize. Rather than rushing in without thinking of the consequences, we are starting to ask the important questions.

Facial recognition technology will go on to deliver exciting possibilities and value to society. It can also make our world a safer place to live and do business. But we need to overcome a wide range of human problems first. Enterprises are already learning that if you feed AI garbage, you will get garbage out.

We are currently looking into a black mirror that is showing the worst side of human nature, such as gender bias and racism.

The unsexy side of tech is the responsibility for companies to understand the implications that arise from their creations. Policies, regulation, and education are the missing pieces of the jigsaw.