The Linux founder is famously outspoken. Sometimes looking under the bluster pays off. 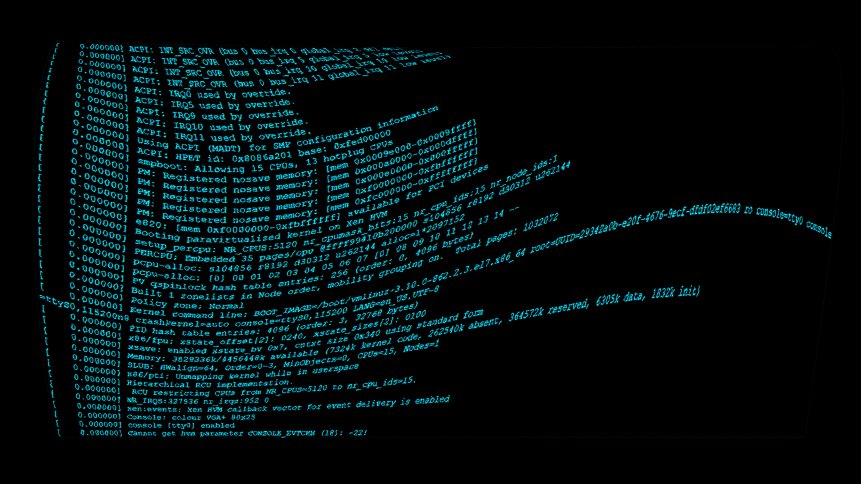 Linux is something of a paradox. As the platform that powers the internet, it’s enabled billions of people to communicate, work, play and develop as human beings. 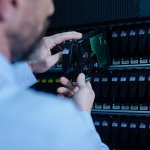 Hyperconvergence’s advantages, coming soon to a rack near you

Collaboration, messaging, sharing and dissemination of information – all those possibilities and more. Plus, the platform is developed by what’s termed “the community,” a loose, unorganized bunch of developers, designers, administrators, geeks, bug testers and tech-types who stand to gain nothing (in most cases) by way of monetary gain. Distributed for free, and freely, it represents everything great and good about the human race, the epitome of what this nascent race of ours is capable.

But Linux’s founder, inventor and guiding (some would say) father figure, Linus Torvalds recently summed up the other side of what the internet enables humans to do: socialize and communicate with others in despicable ways. In an interview with Linux Journal, he stated, “[…] I absolutely detest modern social media – Twitter, Facebook, Instagram. It’s a disease. It seems to encourage bad behavior. I think part of it is something that email shares too, and that I’ve said before: “‘On the internet, nobody can hear you being subtle.'”

Torvalds’s outbursts (some call them tirades) usually make the technology press. He’s still involved in “his” project over 25 years on, but more of a self-confessed manager than a coder, but as the author of the Linux kernel (think of it as the beating heart of modern computing that’s found just about wherever there’s a box with flashing lights on it), his opinions matter. The people who create the technology that shapes nearly every human life on the planet listen to what he says, without doubt.

But like a parent whose child has grown up and left home to make his or her own way in the world, and despite his daily involvement with the open source community and Linux in general, what his child has become is at least partially out of his hands. And although his opinions often make the news – the Finn’s social media reference in the LJ has been covered extensively – his more thoughtful pronouncements also hold a good deal of water.

For instance, although quips like “Microsoft isn’t evil, they just make really crappy operating systems” may have the cognoscenti’s applause, it’s in a more considered vein that his pronouncements are probably worth listening to. “That’s what makes Linux so good: you put in something, and that effort multiplies. It’s a positive feedback cycle”, embodies the FOSS (free and open source software) mentality: contribute to the sum of knowledge, and it pays you back. That’s not something that the bitter keyboard warriors, trolls or haters embrace, despite the FOSS mentality providing the platform for their execrable activities.

One opinion Torvalds stated in the LJ interview is particularly interesting, and it’s not one that’s been widely reported. Referring to the anonymous nature of the misusers of social media, he said:

“I’m actually one of those people who thinks that anonymity is overrated. Some people confuse privacy and anonymity and think they go hand in hand, and that protecting privacy means that you need to protect anonymity. I think that’s wrong. Anonymity is important if you’re a whistle-blower, but if you cannot prove your identity, your crazy rant on some social media platform shouldn’t be visible, and you shouldn’t be able to share it or like it.”

Privacy as a concept implies something of value that needs protecting, like personal details, location, tastes, and opinions – in fact, a great deal of the information harvested quietly and yet highly profitably by (arguably) disreputable companies and governments. Anonymity in terms of the internet is often used as a catch-all term that includes privacy but also cloaks identity at the same time. Separating out the two means that with identity comes responsibility: at least to behave decently, if not (as Linus would prefer us to) to give back to humankind. Identity and responsibility should be “out there,” but privacy should remain, if wanted.

The acts of tapping an emoji to express ‘like’, clicks to retweet or follow, are harmless enough, albeit, as acts, they lack the emotional depth of even the most cursory “hello” to colleagues in the elevator. When social media achieves positive results such as rehousing the homeless or garnering financial support in times of national disaster, for instance, it tends to make the news. What doesn’t hit the headlines as often are the innumerable cases of anonymity’s misuse via the same platforms. Removing anonymity while preserving privacy isn’t difficult, but would probably lead to a fall-off in use figures, thus stemming the tide of data the big providers need to make their businesses work.

The question is would anyone mourn the passing of platforms which provide such a paper-thin copy of social interaction that grief is expressed in the same format (and using the same emojis) as grievance? Linus Torvalds probably wouldn’t.