Are we entering the age of low-code software development? 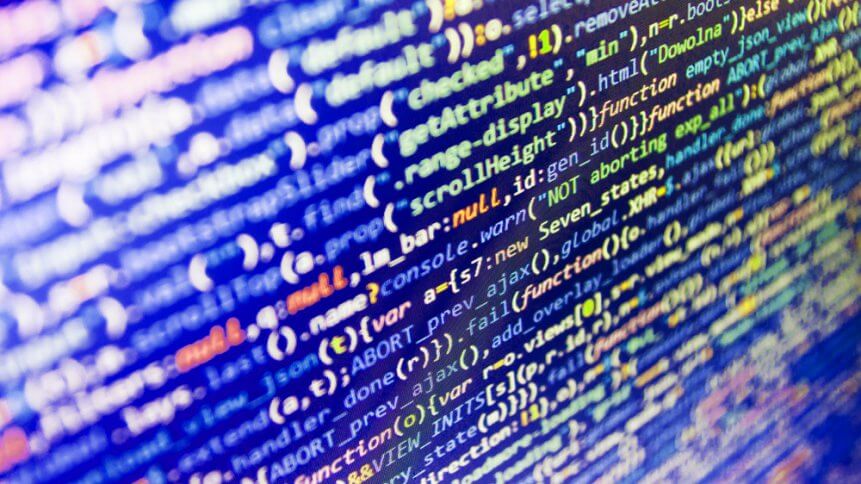 Low-code puts this under the hood for users. Source: Shutterstock

By now, even the most casual observer of the technology industry will know what an application (or ‘app’) is. 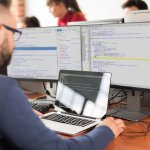 Thanks in no small part to the arrival of the iPad and the popularization of sophisticated smartphones over the last decade, even your grandmother is likely to know what app to use to check the weather, the TV guide and perhaps even contact the family with a video call.

Glossing over the GUI

Although casual users won’t necessarily know that an app is actually a full-blown piece of software built by a coding engineering team and a supporting cast of operations, testers, sysadmins and database specialists; they will know that the app itself presents a screen (okay, they don’t know what a Graphical User Interface or GUI is) that offers various functions and options.

It is this core understanding of user functionality that has driven the development of the low-code and no-code (sometimes called zero-code) platforms that we now see coming to the fore in the software industry.

By a process of ‘abstracting’ the deeper toolsets and mechanics, low-code platforms are able to present comparatively non-technical users with a structured, modeled and often intuitively template-based method for building software applications.

Although we don’t anticipate seeing silver surfers in their later years actually grasping the low-code baton to change the way their favorite bingo-betting app works (no unkind ageist stereotyping intended), we can see that many businesspeople may want to take this opportunity to tune up the way their apps work.

What low-code promises to offer us is a way out of the clunky legacy systems of the past. Many of its proponents say that it will help bring apps to market faster and less expensively by eliminating the code and hosting complexities associated with traditional software development models.

The three stages of low-code

So where do we go next with low-code and is there a two- or perhaps three-stage development pattern that could play out in this market that sees the whole process come full circle?

Low-code stage 1 – This is the stage of growth that we currently find ourselves in now as of early 2019. We have seen whole technology organizations grow and develop devoted to providing platforms that perform the kinds of functions detailed here.

In stage 1 we are already seeing rapid growth among some of the major players in this space and annual developer conferences are being held to a) help developers build the low-code platform itself better and b) encourage non-developers to also attend and get to know how to use these tools. 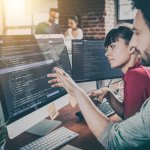 Low-code stage 2 – This is the more formalized training phase and it’s starting now, or soon, in an organization near you (perhaps one you already work in).

Enterprises like to call their code training units fancy names like App Zone, Cloud Academy or Code Shop, so look out for the human resources alert that lands in your inbox with a subject line like that.

Low-code stage 3 – This is when it all comes full circle and we start to find a point where legacy systems have been replaced and core enterprise software applications have been sufficiently augmented and tuned by low-code input that users are finally happy.

After stage 3 plays out (oh say, in perhaps five to ten years from now) the software developers can start to craft apps in just the way that users really wanted them in the first place and low-code will finally become either a thing of the past or a much-downgraded function for smaller fine-grained tuning.

Will we ever get to stage 3 where users will be happy with their software applications? Well now, don’t hold your breath.