Can we ‘talk’ our way to business success?

An 'understanding' of human speech will play an increasingly integral role in the software we engineer. 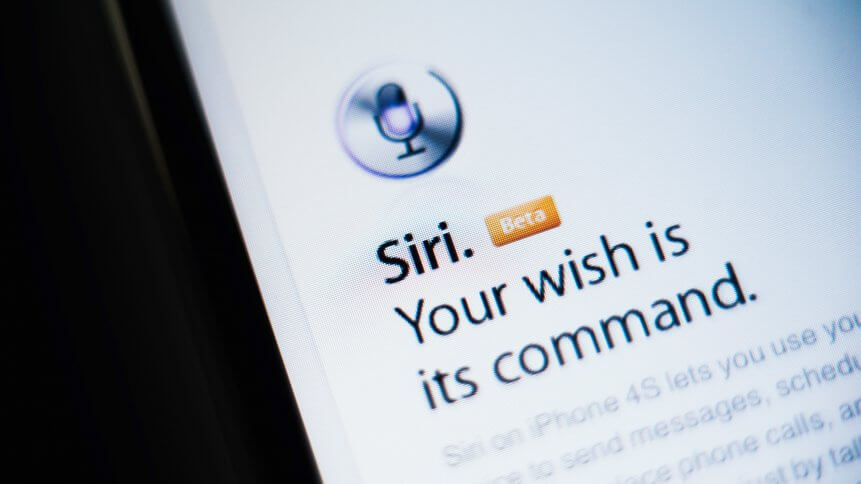 A preview of a 2012 version of Apple’s Siri. Source: Shutterstock

Software has become increasingly intelligent. Not in the sense of artificial intelligence (AI) directly (although the AI renaissance is undeniably behind many of the recent advancements), but in terms of its ability to communicate with us and interpret our demands.

Early attempts at speech recognition and speech synthesis in the 1960s were almost popularized in the 1980s with the arrival of the Sinclair home computer brand. But this was a case of ‘almost but not quite’ at the time.

Post-millennial innovations in speech technology have been somewhat more far-reaching and successful. Today we’re able to ‘talk’ to machines and issue basic commands right into our smartphones.

Are you okay, hon?

People no longer question one another’s sanity when they hear a person speaking commands out loud on their own. We know that speech recognition works and the rise of several well-known brands of digital assistant ‘intelligent speaker’ units have helped propel the use cases of this technology.

What happens next is the interesting part.

The next wave of speech technology is being engineered with a conversational approach. This means that the software itself has been programmed with an appreciation for the nuances of human natural speech and knows how to a) filter out the colloquial gaps and fillers plus also b) be able to bolt on a layer of semantic contextual interpretation in order to understand what the person ‘probably meant’ even if they didn’t say it as clearly as they could.

I think you said…

A world apart from the dreadful automated telephone systems that drove us bananas with their “I think you said…” interpretations of human speech, the new breed of speech recognition algorithms automatically profile and index data sources.

This new approach has given rise to the terms Natural Language Processing (NLP) and Natural Language Understanding (NLU) and both will be key to facilitating the way we talk to machines (and the way they respond) in the immediate future.

From this point, organizations will need to think about re-engineering their IT stacks to take advantage of speech. Software platforms are now evolving to present ‘data visualizations’ (graphs, charts and dashboards) that represent the status of various business metrics. Business managers will now be able to ask questions of these visualizations to understand where profits are good, where growth exists and where they need to consider closing departments down and so on.

The rise of the enterprise virtual assistant

It is, in effect, a means of deciding upon corporate actions using Business Intelligence (BI) driven by nothing more than speech. So this is, in reality, a method for talking your way to business success.

An implication for communication

Is it all good news? Yes and no.

The technology is already here and there are a number of key vendors pushing the value of natural language intelligence at us already, so yes we will see new business workflows being driven through the power of speech.

But also no, the prevalence of these new methods of work will also arguably heighten and widen the communications skills gap. Being interpersonal, good at talking and maybe even fun at parties isn’t going to be enough anymore.

Businesspeople are also going to have to develop an ability to interact fluidly with speech systems, AI-driven data engines and a certain number of Virtual Reality (VR) and/or Augmented Reality (AR) tools if they are going to be successful.

Talk is still cheap in some senses of the expression. But very often now… we will realize that talk, the nuances of speech and the contextual natural language interpretation of business decisions by computer are far from cheap… but it should be a price worth paying.