Has tech’s obsession with the weird and the wonderful missed an opportunity to add value on the global stage for innovation at CES. 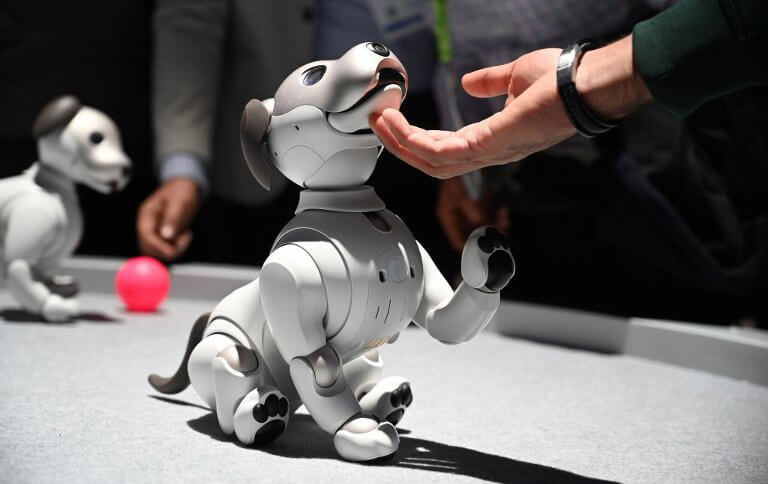 Attendees interact with the AIBO robotic companion dog at the Sony booth during CES 2019. Source: AFP

It was less than two weeks ago that many people were preparing for the beginning of a new year with good intentions and vast amounts of optimism. Traditionally, the cliched social media post entitled ‘new year, new me’ was followed by promises to exercise more, lose weight and get organized. What tech convergence means for businesses

However, this year, there appeared to be more awareness around our addiction to technology. Our obsession with screens even prompted Hollywood actor Denzel Washington to pose the question, “Are you using your device, or is your device using you?” And the New York Times asked readers to imagine what they could do with their time and money if they set their phones aside for one year.

Only eight days later, The Consumer Electronics Show (CES) descended on Las Vegas. Over 182,000 thousand tech fans attempted to check out the latest consumer tech from 4,400 exhibiting companies scattered across 2.7 million net square feet of floor space. In the past, these companies have desperately tried to secure bragging rights by producing ‘bigger and better’ screens.

Would this approach change to fit the mood of a global audience?

Not exactly. At this year’s CES, crowds were getting excited about foldable smartphone screens, OLED TVs, LG’s first roll-up television. You guessed it, a plethora of more screens. But, as users begin to question screen time and privacy, there is an increasing argument that the tech industry has become out of touch with the problems it needs to solve.

The problem with CES is that much of the tech on display is creating solutions to problems that don’t even exist. Do babies need smart diapers and tech devices to tell their parents when to drink or what they should eat?

Although CES is aimed primarily at the consumer end of the market and what everyone will be buying in the immediate future. Many business leaders will feel that one of the world’s most significant tech events is becoming irrelevant to the technological innovation that we crave both in and out of the boardroom. 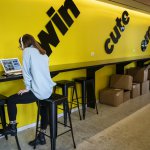 Can a digital detox protect your business from binary thinking?

CES is billed as the global stage for innovation. But as each year goes by it runs the risk of becoming a caricature of itself by showcasing the weird and wonderful instead of providing anything that offers real value. For many business leaders, the event’s obsession with distracting and shiny new tech represents a real missed opportunity.

Our relatively short digital history has taught us that consumer trends repeatedly transform how businesses operate and also how their staff collaborates. Users can now control their home heating, lighting and entertainment all by using their voice. Equally a date, cab, restaurant reservation, and even a flight can all be secured within a few swipes of our smartphone.

Elsewhere, Amazon knows what we want to purchase. Spotify knows what playlists will fit out mood and Netflix will have the perfect binge-worthy boxset on demand for you. Technology is at the heart of your customers and clients insatiable thirst for instant gratification. A dramatic rise in consumer expectations is also fueling an emerging experience economy.

At a time where businesses of all sizes are embarking on customer-centric digital transformation initiatives, leaders should be looking to events such as CES to obtain a greater understanding of what their customer wants and how their business can provide them with the ‘wow factor’.

There is also the risk that many emerging technologies are becoming overhyped and some companies are guilty of exaggerating the capabilities of their product. For example, our timelines are continually being filled with stories around robots replacing humans. But, the LG robot Cloi repeatedly failing on stage at its live demo, suggests there is still a long way to go.

Whether it be blockchain projects built on future promises or understanding precisely what capabilities AI (artificial intelligence) and machine learning have in 2019, businesses need real answers. Advances in technology are undoubtedly paving the way for exponential change, but in many cases, it’s still just out of reach.

There is an argument that this year’s CES was another example of tech hype and distraction from reality. While leaders are scratching their heads on real issues such as how to retire paper-based manual processing and making it easier to collaborate with partners to do profitable business, the global stage for innovation is looking at more screens and conversing with disobedient robots.

Unfortunately, it seems that many New Year’s resolutions have already fallen by the wayside. But, I am hopeful that next year we can discuss how the technology that makes it easier to do business and improve our lives begins to become invisible. Only then will we be able to free ourselves from staring into screens and get back to solving real problems using technology.