The inconvenient truth about ‘digital democracy’

Are AI algorithms really a threat to democracy? Or do we need to look at ourselves? News that the British government spent nearly £100,000 of public money on Facebook ads promoting Theresa May’s infamous Brexit deal highlighted the emerging role of digital tech in democracy. There is also increasing concern that the use of social media could further contribute to political polarization by leveraging user data to create ‘echo chambers’.

Facebook recently launched political advertising transparency tools in response to accusations of misleading users with so-called ‘dark ads’ during the EU referendum and US presidential election back in 2016. As voters’ attention and eyeballs are now online rather than at TV sets, political parties are naturally beginning to promote their campaigns online. Protecting digital sovereignty on the road to Web 3.0

On the other side of the political fence, Google chief Sundar Pichai has faced accusations of programmed bias against conservative views into its search engine algorithms. Although the claims are denied, it does raise the question if the voices of any political party could be muted by the algorithms that determine what news we see on our timelines and the results from our online searches.

In a world of personalized digital experiences, it was only a matter of time before political adverts would be tailored to reach maximum effect on different audiences. But at what point does it blur the lines of decency and become borderline creepy?

Essentially there is an increasing fear that emerging technologies such as artificial intelligence is the biggest threat to democracy as we know it. But if we want to look for the origins of political bias, maybe we should look deep into the black mirror and our reflection rather than blaming technology.

Contrary to popular belief, there is currently no such thing as self-aware machines leading us through its bias for the greater good. Computers and algorithms will do whatever we program them to do, and if we feed an algorithm with biased input data, there is only going to be one outcome.

The old adage of garbage in and garbage perfectly illustrates that it’s humans that are perpetuating their biases through AI. When we see technology amplify human prejudices, it is much easier to blame the tech rather than admit that the problem is much closer to home.

For example, back in 2016, Microsoft decided to launch their very own artificial intelligence–powered chatbot called Tay. The machine learning capabilities of the chatbot opened up new conversational possibilities of communication between man and machine.

Upon unleashing Tay into the online world, Microsoft proudly declared “The more you chat with Tay, the smarter it gets, learning to engage people through casual and playful conversation.” In under 24 hours, Tay learned the worst possible side of human nature and began learning and replicating the biases which were fed to it.

Tay quickly transformed into a racist monster broadcasting offensive comments. But, should we really be surprised that it’s humans rather than machines that are preventing us from progressing as a global community. What we learned from this unfortunate episode is that if humans bombard a machine learning algorithm with a bunch of racist and sexist ideas, the chatbot would then amplify the data that it was fed. Somewhere along the way, it seems that the biggest casualty of our obsession with technology is our self-awareness.  But hasn’t it always been like this?

There is an argument that very little has changed. Traditionally, voters read newspapers that strengthened their worldview or political opinion. Whether it’s a social media platform, a politically aligned newspaper or TV channel, all can prevent voters from accessing information that contradicts their pre-existing beliefs.

Maybe the threat to democracy is not from new technologies, but our self-created comfort zones of misery. It is much easier to wrap ourselves in a comfort blanket of information that reinforces rather than challenges our internal belief system.

There is an increasing argument that the biggest threat to the political landscape is not digital democracy, but our online subscription to the ‘Daily Me’ on our self-curated personalized newsfeeds. Although it’s humans that are largely responsible for passing on our biases to AI algorithms, unlike machines, we do have the power to change it.

Ultimately, we as individuals and a global community control our own destiny through the choices we make. Maybe, it’s time to step up to that responsibility rather than blaming technology. 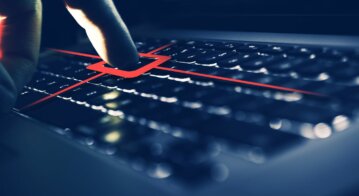 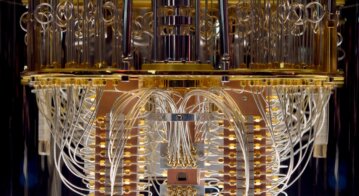 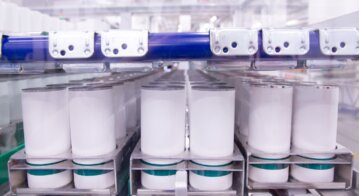