Some people are talking about a revolution, while others label blockchain the most over-hyped technology ever. Are you betting on the blockchain? Source: Shutterstock

Every technological advancement has caused excitement, controversy, and disruption. And blockchain is no exception. Nearly a decade after the release of Bitcoin, cryptocurrencies have yet to achieve widespread adoption. But in a very short time, the technology underpinning them has moved beyond payments to a wide range of applications including logistics, authentication, and smart contracts.

This rise to prominence has inevitably sparked a backlash in some quarters. Whilst many say blockchain is an incredible technology that, if applied appropriately, can dramatically transform businesses across various sectors, others dismiss it as a classic case of “tech for tech’s sake”.

For instance, last week American economist Nouriel Roubini claimed that crypto is the mother of all scams and (now busted) bubbles, while blockchain is the most over-hyped technology ever, no better than a spreadsheet/database.

In written testimony for the Hearing on Cryptocurrencies and Blockchain at the US Senate Banking Committee, Roubini, known as Doctor Doom for his role in predicting the 2008 financial crisis, observed that the banking sector has been undergoing a revolution.

But the driving force is not blockchain applications such as Bitcoin. Rather, it is artificial intelligence, big data, and the internet of things.

As to why blockchain is no better than an Excel spreadsheet or database, he claims that no bank, corporation, non-profit, government or charity would put on public, decentralized, peer-to-peer permission-less, trust-less, distributed ledgers its balance sheet, P&L, transactions, trades, interactions with clients and suppliers.

Meanwhile, a new Juniper Research report casts doubts on the longer term prospects for Bitcoin, due both to closer regulatory scrutiny and, ultimately, the rationale behind its valuation.

Bitcoin has no intrinsic value, the report states. Like any asset, it is worth whatever someone is prepared to pay for it, but it has no meaning or existence beyond the confines of the ledger. It is a bubble, and there is a strong possibility that this bubble could burst in the near future.

Let’s not forget that we’re still in the nascent years of blockchain. Some of the runners and riders, such as those making ridiculously overblown claims about their ICOs, platforms, services etc., leave a lot to be desired. Nonetheless, the technology could well transform various industries, ushering in a more decentralized and transparent world. It will take time, however. This space urgently needs to build trust, which, as deVere Group boss Nigel Green recently argued, is routinely compromised by crypto demagogues who make wild and unsubstantiated claims.

Cynics from high-profile financial institutions are also a problem. These are likely to either have vested interests in maintaining the status quo or have no understanding and/or no desire to understand the shift in power taking place right now.

This won’t be easy and mistakes will be made along the way. The same thing happened following the birth of the internet. To quote those all-knowing Swedish popsters, ABBA: the history book on the shelf is always repeating itself. 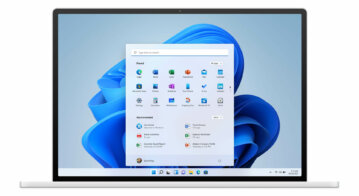 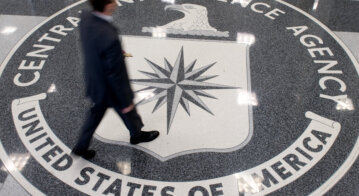 Identity authority not only solves IT outsourcing issues, but can protect the entire supply chain