The rules essentially force companies on the internet, such as Google, Microsoft, and Facebook, to share revenues with publishers, as well as liability for copyright infringement.

Last week the European Parliament committee voted in favor of these laws, which brought them a step closer to being formalized.

However, a range of stakeholders, from civil rights groups to tech giants like Facebook and eBay, have widely criticised the new bill.

In particular, they are not happy about Article 11, which, for example, could force Google, Microsoft, and others to pay publishers for showing news snippets.

And article 13, which seeks to stop users from uploading copyrighted materials, by making online content providers such as YouTube and Instagram install preventative filters and seek appropriate licenses. A lobby group for tech firms such as Google, Facebook, and eBay, the CCIA, said in a statement last week, that introducing both laws will “harm European citizens’ fundamental rights and Europe’s digital sector.”

The group noted how national versions of Article 11, in particular, have already failed in Germany and in Spain.

The group urged MEPs to instead support ‘balanced copyright rules’.

Unusually, the industry lobbying group wasn’t alone in arguing against these proposed laws.

“People will run into trouble doing everyday things like discussing the news and expressing themselves online,” she told Reuters.

Earlier in June, an open letter signed by 70 tech heavyweights, including the founder of the internet, Tim Berners-Lee, and the Wikipedia founder, Jimmy Wales, said the regulation would take “an unprecedented step towards the transformation of the internet from an open platform for sharing and innovation, into a tool for the automated surveillance and control of its users”.

Other critics included the Civil Liberties Union for Europe and 169 European academics specializing in intellectual property. However, according to Reuters , publishers ‘cheered the committee’s vote’.

The news agency cited ‘Europe’s news and magazine publishers’ as saying: “The internet is only as useful as the content that populates it. This publishers’ neighboring right will be key to encouraging further investment in professional, diverse, fact-checked content for the enrichment and enjoyment of everyone, everywhere.”

Furthermore, Axel Voss, the MEP who is taking the proposal through the EU parliament, told The Guardian that the bill is not about filtering the internet.

“These platforms make a considerable profit on the works uploaded by its users, so they can’t simply hide behind the argument that it is the users who are uploading, while the platform is making money from it,” he added.

The widely criticised but potentially pioneering bill is expected to be discussed at the European Parliament plenary session, likely in early July. For it to pass it still needs approval from 28 EU governments at the session.

If passed, it could be a future model for US regulators. 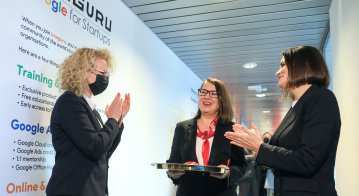