Intel has announced it is releasing Optane DC persistent memory sticks to “select customers” later this year, with the 3D XPoint products hitting the general market at large sometime in 2019.

The next-gen memory has several advantages over traditional DDR4, not least of which is that, like NAND drives, it’s persistent – power cycle and memory retains its data.

Additionally, the Optane modules are expected in 128GB, 256GB, and 512GB capacities, so CPU sockets each handling up to 3TB could be a reality.

Intel envisages the new technology working alongside conventional DRAM and storage systems, rather than replacing DDR4 – at least for the present.

Currently, Crucial retails a 128GB DDR4 stick around the US$4,000 mark, but although details are thin on the ground at present, one of the claims made of the Optane DC was that “this new memory class is designed to enable cost-effective, large-capacity in-memory database solutions,” according to Intel’s manager of Xeon products and data center marketing, Lisa Spelman, in a press release.

By retaining its data, persistent memory saves latency penalties incurred when databases and other cache-ing-intensive operations write back to disk. Moreover, when databases restart, their spin-up times are cut significantly; Intel claims a restart time of 2,100 seconds was slashed to 17 seconds in its tests, as there would have been no need to reload data into volatile memory.

Initially slated for data center deployments, Optane power will only be available for the next generation of Intel Xeon processors. Developers who sign an NDA will gain access to an SDK Intel calls a Persistent Memory Development Kit (PMDK), a collection of libraries, APIs, and other software tools. Persistent memory will be supported on Windows and Linux deployments. The envisaged datacenter structure of the future. Source: Intel

According to the above diagram, older HDD technology becomes relegated to cold storage alongside trusted stalwart tape, while the new generation of RAM and another Intel work-in-progress, Persistent Memory over Fabric (PMoF) powering a new range of high-throughput computing – while drawing lower power than equivalent DDR4 arrays.

With Qualcomm potentially leaving the server market, Intel seems to be attempting to cement its position further as the go-to processor choice for high-end computing. If the new technology remains Intel-only (or perhaps Intel-optimized), even the paltry market slices of the data center budget pie filched by AMD & ARM may begin to shrink. 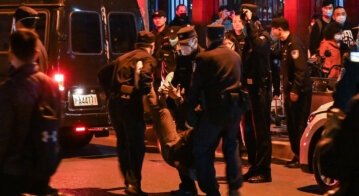