If you use a mouse or trackpad all day, what are the best alternatives if you start to suffer with RSI? There are plenty of option, take your pick now!

Repetitive strain injury in the workplace is caused by all sorts of forceful or repeating tasks, as well as poor posture. If you have shooting pains or unexplained aches in your hands, wrists, shoulders or neck, you may have RSI, and it’s time to change your working habits.

Manual workers are prone to this type of injury – assembly line staff, for instance, doing the same thing time & again – but so too are office personnel or anyone who happens to use technology all day, every day. If your work involves using a computer mouse or laptop trackpad for long periods and you start developing physical discomfort, repetitive strain injury may be the cause.

The business fallout from RSI is exceptionally costly. In these litigious days, employers are open to all sorts of claims against them, but even without lawyers’ involvement, the cost of IT-based workers taking time off due to injury or medical appointments soon adds up. In most cases, this cost is entirely avoidable. Changing the physicality of repeated movement – by swapping out your mouse or trackpad – is often enough to bring immediate relief.

If you spend all day in front of a computer, you’ll be aware of the importance of good posture, the need to take regular breaks and so forth, and the best organizations will even pay for eye tests & care for their computer-using staff. But similarly, a good employer will make sure that suitable input devices are available, like the following hardware devices which can act as an alternative to a conventional mouse.

Developed back in the dark ages (in computing terms) by Xerox, the conventional mouse is little different today from its original design. And while still an accepted part of every office’s hardware, if you, your employees or your colleagues are experiencing aches and pains, consider the following best mouse alternatives.

This type of mouse moves the entire arm from a slightly unnatural state of palm-down to the table top, to a handshake-type position. The mouse itself works in the usual way, with multiple buttons and the whole device moving across a tabletop.

Models of vertical mice such as those from Posturite use a joystick-type grip suitable for southpaws too, and this makes the device perfect for hotdesks – multiple users can deploy the mouse just as they want it.

Alternatively, available in left and right-handed versions, the Evoluent or Anker vertical mice retain the look, feel, and use-method of a “normal” mouse, but are specifically contoured for left- or right-handers.

This type of mouse-alternative is the first step away from the traditional model of moving a device physically across a horizontal surface to shift an on-screen pointer.

Sometimes seen in tiny travel mice, with a thumb-mouse, the user keeps their arm steady on the tabletop and uses the thumb (or sometimes fingers) to move an embedded ball, spinning it and moving it around in its fixed socket. The ensuing movement, replicated by the on-screen pointer, allows acceleration speeds and accuracy much higher than what’s available from conventional mice.

It takes an hour or two to get used to this way of working, but once mastered, few users of this type of input device go back to a traditional desktop mouse without a fight. The trackball first found its niche in film and audio editing environments, where scrubbing – the virtual rolling back and forth of media clips across playback heads – was, and remains, an incredibly common editing technique.

Like its thumb-powered cousins and its mini-trackball sisters, the device itself never moves. Rather, a weighty sphere rolls under the user’s whole hand, with each spin shifting the mouse pointer. 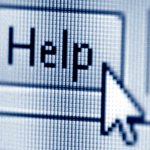 Trackballs usually come with at least two buttons, and sometimes four or more: these are designed for keyboard shortcuts to be mapped to buttons (to cut & splice media clips, for instance). Kensington’s product range is particularly associated with this type of device, but there are plenty of alternatives out there.

The great thing about the large trackball as an alternative to a mouse is that it uses the whole hand to operate, so there’s enough variation in each movement to remove the repetitive nature of constant input. Mention graphics tablets and most IT professionals think Wacom. The Japanese company is indubitably the market leader in this area of peripheral, although there are a host of cheaper imitators’ efforts which can be used – useful for those testing the waters.

Users grip a pen or stylus in the usual way and move it over a sensitive tablet surface. The mouse pointer moves accordingly. Mouse clicks are achieved either by a button on the pen or by tapping the nib down onto the tablet surface.

Often seen in the hands of graphic designers, the tablet & stylus combo is a highly effective and incredibly quick input method for all users – not just those with a creative bent. In fact, seasoned users’ activities onscreen can seem like a blur to onlookers. Users who love their tablet input devices are invariably loathe to use a lowly mouse, ever again.

Like the trackpad on a laptop, the external trackpad, happily at home in use on any machine including desktops, uses the fingers and thumb of operators to control mouse cursor input.

And like the trackpads on more advanced laptops, the external trackpad surface is usually sensitive enough to interpret multiple finger input, and gestures such as swipes, swishes, harder or softer presses and keyboard modifiers. Like trackballs, the whole hand is employed in different ways with each interaction, so there’s little (painful) repetition of movement.

If you love your laptop’s trackpad and want the same experience on your desktop, a trackpad may be for you.

If the primary issue behind RSI is repetitive movement, then sometimes just varying mouse-based input types or employing the occasional substitute, may be enough to stave off the stabbing pains and agonies of the chronic RSI sufferer.

Voice control is now built into Windows and Mac OS in the form of Cortana and Siri, respectively, and while their use is limited, some basic tasks can be achieved without reaching for keyboard and mouse, or mouse substitute.

Those who want to take this one step further can use dedicated voice interpretation software, such as Nuance’s solutions. These were typically developed as dictation software for large-scale text input, but have moved sideways, and can allow users to issue OS-level and application commands. The software learns the vocabulary the nuances of the user’s voice, thus improving results the more it’s used. If you can get over the self-consciousness of talking to your computer, and are willing to teach the software your particular speech patterns, you need rarely touch a mouse again.

For specific purposes and settings, there are often specific input devices. The Microsoft Surface Dial is one such. Designed to work especially effectively with that company’s eye-wateringly expensive workstation, the Surface Studio, the Dial allows a variety of parameter changes, often in real time, and uses the controller dial paradigm to alter chosen data fields. Constant clicking to drag setting sliders can cause mouse fatigue, and a dial-based input device can really help.

And on the edges of usability, but which may be next year’s must-have gadgets are the haptic-enabled, movement-sensitive esoteric devices or apps, available for the true bleeding-edge convert.

Some of these seem still to be in the science fiction realm with potentially limited uses practically, but you may surprise yourself and find something that changes the way you work. The worst outcome is that you’ll have some fun trying them out!

In the future, ultrasound-created haptic input & feedback, total voice interfaces or even brain-wave control could be the norm. These technologies already exist and many are beyond the experimental, having progressed well down their Indiegogo or Kickstarter journeys. So, watch this space!