In the US, the digital divide is as much about infrastructure as it is cost. But despite global differences, the gap still needs closing. 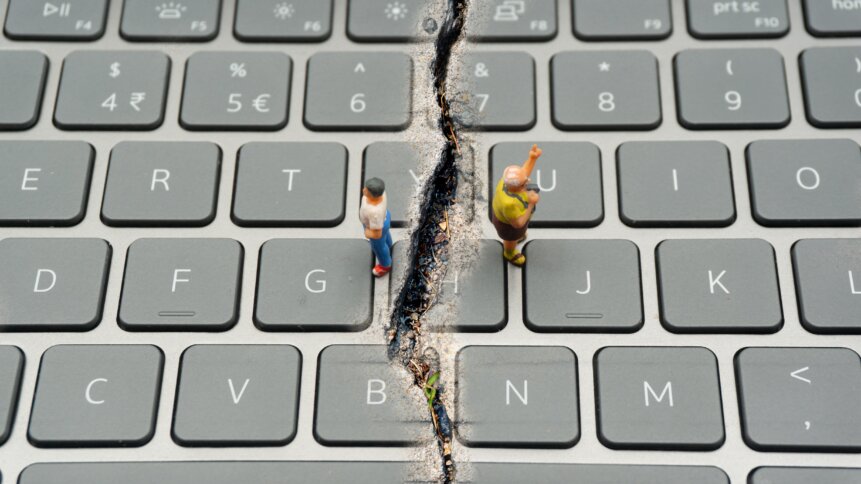 Social issue: as more services move online, those without access to the internet are being left behind. Image credit: Shutterstock.

With the earliest days of the internet still well within living memory, its rapid advances are beginning to leave people behind – causing a digital divide. Once the internet was broadly available, the web became host to increasing numbers of services, until the pandemic proved (beyond doubt) its essential role in modern life. It also highlighted a digital divide in both the UK and the US. In the US, the divide is as much about infrastructure as it is cost – but the key takeaway for both is that broadband access needs to be nationally governed, not left to companies competing for profit.

In April 2021, Ofcom found that 1.5 million UK homes were without internet. Broadband companies made a move towards bridging the divide by offering social tariffs to low-income households, but in October 2022 Ofcom said these needed to be made more obviously available: of four million households eligible for social tariffs, only 150,000 are on one.

If the smoke and mirrors around more affordable options wasn’t damning enough, a 2022 report delivered to the Brighton Institute of Development Studies found that social tariffs offered far slower speeds than regular: 15Mbps. This won’t facilitate a household of more than one person browsing the internet. And even if only one person is online, they would struggle to stream video or play online games. It’s almost as if broadband providers don’t want their customers to choose the cheaper option!

The same report found that among people living on an annual household income of £25,000 or less, one in five never use the internet. In America, households with an income below $30,000 don’t have broadband at all.

The digital divide is a social issue

Back when the internet was a shiny new toy, it might have been permissible to suggest that only those who could pay large amounts for broadband should use it. Today, however, things have changed. Internet use is no longer a luxury, but a utility.

Essential services such as banking and healthcare now function predominantly online; Universal Credit, whose claimants are eligible for social broadband tariffs, is in practice an online-by-default service. As everything moves online, digital poverty must be considered a critical social issue amidst the cost of living crisis in the UK.

In America, the Harvard Business Review found the digital divide encompasses four key areas. Inclusivity related to the cost of internet access is one of these, but the fact that in parts of America there isn’t the infrastructure to provide broadband poses further issues.

How the divide varies by state is shown in the graph by HBR below.

In the UK, infrastructure barriers hardly apply: a family living halfway up Snowdon (the highest mountain in Wales) were recently connected.

Some of the changes necessary to closing the digital gap have begun in America: a budget of $65billion has been set for states to build the necessary infrastructure to improve broadband access. However, once this happens it seems likely that Americans will face the same issue that has hit the UK: governments not intervening in the greed of broadband companies’ high cost.

They couldn’t be trusted with it, but the onus ultimately isn’t on broadband providers. Digital exclusion affects those already at societal disadvantage due to age, income, education, disability, or unemployment. Nearly half of Americans without at-home internet were in Black or Hispanic households, and seventy percent of Black Americans don’t feel equipped with the necessary digital skills.

The Digital Poverty Alliance has called on the government to end digital poverty by 2030; action on a national and regional level must be taken by governments to tackle the broader issues of digital inclusion. 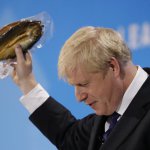 Back in 2019 Jeremy Corbyn said his labour government, if elected, would ensure free fibreoptic broadband for all. BT’s chief network architect at the time, Neil McRae, slated the suggestion, calling it “broadband communism”. Governments aren’t necessarily separate from the broadband companies whose profits would drop under a fairer system.

If America’s infrastructure spending, and the UK government’s “negotiations with telecoms companies” aren’t closing the digital gap, what might? In Yorkshire, a community-based approach has been proven effective by the 100% Digital Leeds Project. The project focuses on inclusive growth and has been working since 2018 to get everyone connected to the web.

Similarly, Pew’s Broadband Access Initiative, also launched in 2018, sees the importance of community action to address gaps in connectivity. Data about connectivity is collected and shared between states, and the initiative will use this to inform policy efforts around the country.

Conclusively, then, the digital gap needs to be acknowledged for the social issue that it is and tackled through community-led initiatives. Internet access is no longer a frivolous expense, but a much-needed resource, crucial to functioning in a technology-driven, modern society.