Customers will have clearer purchasing choices and greater delivery options as Amazon and EU conclude back and forth discussions. 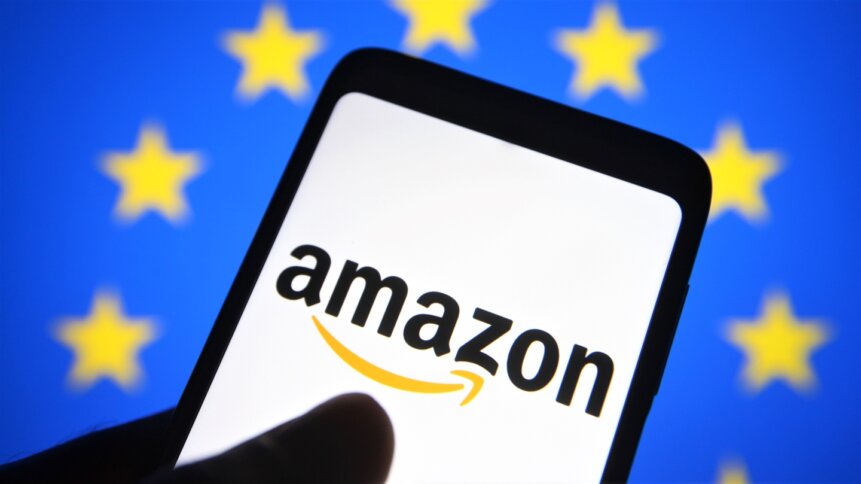 Dialog between Amazon and EU officials will result in a number changes across the popular online marketplace. Image credit: Shutterstock.

December 2022 will be remembered as a time of great change regarding the way some Amazon business practices operate in Europe. The EU Commission and Amazon have settled two antitrust cases signaling an end to competition probes throughout Europe. This new agreement means that customers will now have more visible choices when purchasing products on Amazon. For Prime members, this new agreement also means there are more delivery options. 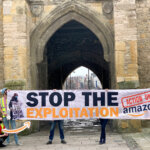 Amazon workers set to strike over pay – in the UK

The antitrust commitments were offered by Amazon and were agreed upon after a few adjustments made by the EU Commission and some seesawing back and forth, seeing one of the biggest shake-ups in EU antitrust rules. The main commitments identify the Commission’s conflicts regarding the use of non-public marketplace seller data by Amazon.

There has been growing concern over a potential bias in allowing sellers access to the platform’s Prime and Buy Box program leading to this new agreement.

EU Commission Concerns: What Are They?

Made up of 27 Commissioners, one from each member state of the EU, the EU Commission (EC) is the executive arm/branch of the European Union (EU). It is responsible for implementing various decisions, drafting legislation, and the management of business throughout the EU on a day-to-day basis.

The EC has a wide range of responsibilities, including promoting the interests of the EU and its citizens, managing the EU budget, enforcing EU laws and competition rules, and negotiating international agreements on behalf of the EU. It also plays a key role in shaping the EU’s policies and priorities. It comes as no surprise, then, that there have been many concerns related to these issues.

One of the major concerns was regarding Amazon’s use of non-public data associated with its marketplace sellers. An investigation was initiated in July 2019 and in November 2020, a Statement of Objections was issued by the Commission. This investigation found that Amazon was dominant in the provision of online marketplace services to third-party sellers in the French and German markets. Moreover, Amazon was shown to rely on non-public business data from marketplace sellers to help adjust the platform’s retail decisions. This prevented fair competition on the site. 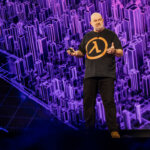 In November 2020, a second investigation was undertaken, assessing the protocol surrounding Amazon’s selection of Buy Box winners and the platform’s allowing sellers to offer products under the Prime Programme. The Commission wanted to ascertain whether there was preferential treatment of the platform’s retail business or of the sellers who use Amazon’s delivery services and logistics.

This second investigation concluded that Amazon exploited its position of power on the German, French, and Spanish markets, providing online marketplace services to third-party sellers.

There’s more (cue dramatic music). Another preliminary conclusion was that the Buy Box and Prime rules and criteria, set out by Amazon, favoured the site’s own retail business, plus marketplace sellers who utilise the platform’s delivery services and logistics.

As you can see, the EU Commission decided it was time to take action (dramatic music crescendo).

Amazon felt a little sheepish after these findings. Rather than fight the Commission’s investigation conclusions, Amazon decided to address the concerns head on by proposing a selection of commitments.

To address the Commission’s data use concern, here is Amazon’s proposal:

To address the Commission’s Buy Box concerns, Amazon had other proposals up its sleeve:

The EU Commission decided to test these commitments between July 2022 and September 2022, as a sort of “try before you buy” scenario. It consulted with all interested third parties to check whether they would be happy to remove the competition concerns.

Once this “test” was complete, Amazon revised the proposed commitments to the following:

By committing to this, the EU Commission found that Amazon would not be able to use marketplace seller data to support its own retail operations, as well as allowing for non-discriminatory access to Prime and Buy Box.

Amazon is now legally bound to these commitments by the Commission.

For Prime and the display of the second competing Buy Box offer, these final commitments will continue for seven years. The remaining obligations will be in force for five years.

To monitor these commitments and ensure Amazon complies with each one, an independent trustee will supervise the company. So, Amazon, don’t misbehave!

If Amazon does decide to rebel (who knows what could happen in this crazy world?), the company would be imposed with a fine of up to 10% of its total annual turnover. That’s A LOT! This is without any infringement of EU antitrust regulations. There can also be a penalty payment of 5% per day of the platform’s daily turnover. This periodic fine would be in place for every day the company does not comply with the new commitments.

Amazon may not agree with these stringent responsibilities but promise to ensure they can “continue to serve customers across Europe and support the 225,000 European small and medium sized businesses selling through [their] stores.”

Now, we just wait and see if Amazon will abide by this new agreement. If not, get the popcorn ready!