Apple’s SVP Greg Joswiak said the company has no choice but to comply with the new ruling. 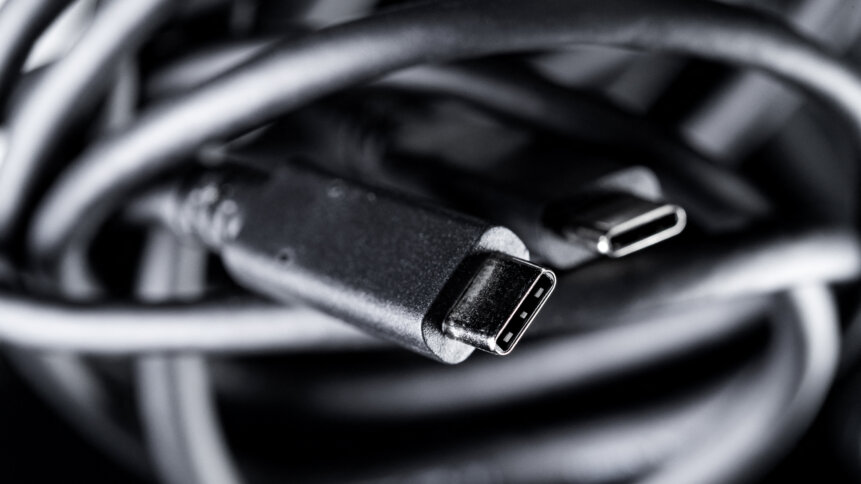 iPhones will get USB-C charging by 2024 as per EU’s newly enacted law. (Photo by JOEL SAGET / AFP)

The European Parliament has voted in favor of making USB-C the common charging standard in the region — a standard which will include iPhones. As anticipated, Apple Inc is expected to be impacted most significantly, as at present, most phones sold around the world charge and connect to accessories using the USB-C standard — except iPhones.

“Obviously… we have to comply,” Apple’s senior vice president Greg Joswiak said, adding “we’ve no choice.” The move largely spells doom for Apple’s proprietary port, and will require that by the end of 2024, all mobile phones, tablets and cameras sold in the European Union (EU) will have to be equipped with a USB Type-C charging port. For laptops, the rule will be applicable from spring 2026.

Lawmakers from EU member states gave the final approval to the bloc’s new common charging standard for portable devices earlier this week. To them, the move will help cut down on e-waste and ensure people only have to carry a single charger for all their devices. Speaking at the Wall Street Journal’s Tech Live event, Joswiak, while acknowledging the shift, signaled the company wasn’t overly enthused by the fact that it was being forced to change its chargers by EU lawmakers.

He noted that over a billion people already have devices that use Apple’s lightning chargers. “We have no choice, as we do around the world, but to comply with local laws,” Joswiak said. He added that while the company is open to governments telling them what they want to accomplish, Apple’s engineers should be left to come up with a solution to accomplish that, instead of being mandated to follow one.

He also argued that the problem of separate chargers for separate devices had largely been resolved by modern charging bricks, which have detachable cables. According to the European Parliament, member states will have 12 months after the directive is published in the EU Official Journal, to transpose the rules and 12 months after the transposition period ends to apply them.

The new rules would however do not apply to products placed on the market before the date of application.

When can the EU anticipate iPhones with USB-C charging ports?

Apple did not offer a timeline for when the switch will happen. However, the EU’s law comes into effect in late 2024. Bloomberg’s Mark Gurman has reported that the USB-C charger was “essentially a lock” for next year’s iPhone 15. With the launch of the new 10th Generation iPad, all of Apple’s tablets already support USB-C charging.

However, Apple’s AirPods still require a lightning charger and will need a design refresh to support USB-C. That change, which Apple is reportedly testing for iPhones, could potentially extend to devices Apple sells in other markets as well, not just within the EU. 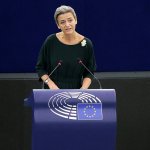 “Under the new rules, consumers will no longer need a different charger every time they purchase a new device, as they will be able to use one single charger for a whole range of small and medium-sized portable electronic devices. All devices that support fast charging will now have the same charging speed, allowing users to charge their devices at the same speed with any compatible charger,” a statement from the European Parliament reads.

The EU also sees these new obligations leading to more re-use of chargers, helping consumers save up to 250 million euro a year on unnecessary charger purchases. Data also shows that disposed-of and unused chargers account for about 11 000 tonnes of e-waste annually in the EU.

To a wireless future?

In his newsletter earlier this month, tech reporter Mark Gurman reported that Apple’s switch to USB-C is only a stop-gap measure before the company fully embraces wireless charging on all its devices, essentially creating a ‘portless’ iPhone. In a likely attempt to get ahead of this shift, the EU’s press release on the common charging standard earlier this month also noted that it was working to “harmonize interoperability requirements” for wireless charging by the end of 2024.

“As wireless charging becomes more prevalent, the European Commission will have to harmonize interoperability requirements by the end of 2024, to avoid having a negative impact on consumers and the environment. This will also get rid of the so-called technological “lock-in” effect, whereby a consumer becomes dependent on a single manufacturer,” the parliamentary statement reads.