5 Best Alternatives to Outlook for Enterprise

Microsoft Outlook is the go-to email of enterprises all around the world. But perhaps it's time to move on and find a better alternative. 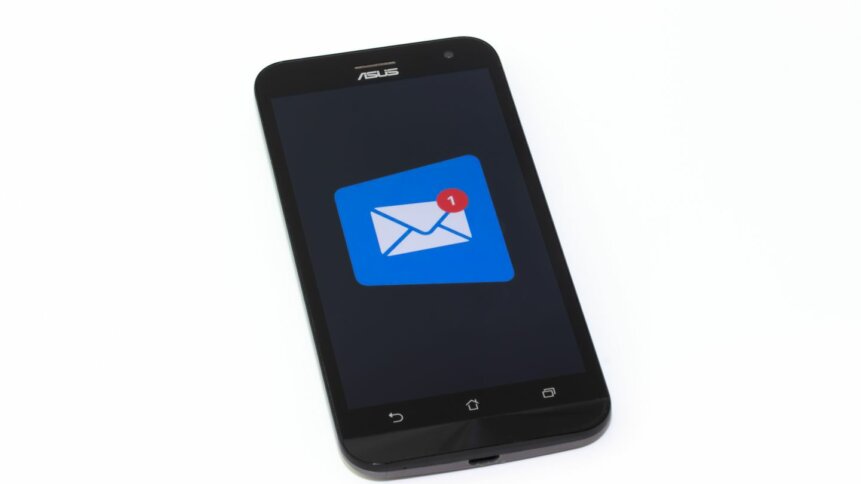 Time to ditch your Outlook? Check out the alternatives.

There’s little doubt that Outlook, Microsoft’s almost ubiquitous email client, is by far the most frequently used example of its type among enterprise-level businesses. As such, making the case that there even are alternatives that are perfectly fit for purpose feels a little heretical, right from the outset. In a world in which Outlook exists, why would enterprises be looking for alternatives?

There are reasons, and their validity will vary depending on the size and nature of your enterprise. If you use Outlook to the very maximum of its potential, it’s probably more than worth the price you pay to keep your license up to date. If you don’t, it can feel like bringing an AR-15 to the gunfight at the OK Corral – big, heavy, expensive, and packed with potential that it can be difficult to unlock in a hurry.

Also, Outlook does not play particularly well with others. It has limited integrations, working perfectly well within the overall Microsoft Office architecture, but it doesn’t, in and of itself, integrate with the likes of the Google Drive or many third-party programs. You can use other integration software to make it play with others, but that’s an additional expense and other perfectly viable alternatives exist that are friendly and integrate well with others straight from download. 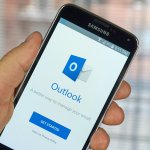 Whisper this gently, but Outlook is also, when you get right down to it, pretty buggy. In some ways, Microsoft’s pre-eminence has driven it to an aloof place in terms of its integrations, and a complacent place in terms of its fundamental flaws. And while, absolutely, Microsoft patches problems in a timely manner, there’s the distinct possibility that going elsewhere for your email would take you out of the headache spiral once and for all.

And as we mentioned, if you’re using Outlook to its full potential, it’s probably an opera of functionality. But the fact remains that to use Outlook to its full potential, you’d have to spend quite a lot of your day unlocking its features and functions. The basic, day-to-day email function is…fine. Not especially spectacular or friendly, but absolutely…fine. But to unlock the boss level bonuses of Outlook probably requires a training course and regular reminders of how to do the things you learned – and frankly, who has the time?

So, heretical as it may be, there are reasons why enterprises might want to look at an alternative to the Microsoft behemoth.

We rounded up what we feel are the 5 best of them. Your mileage is, as ever, at perfect liberty to vary.

Thunderbird, from Mozilla, the people behind the Firefox browser, takes our top spot as an enterprise alternative to Outlook, because while it matches Outlook pound for pound on functionality, it brings a handful of extra elements to the table, with which Outlook can’t compete. First among those has to be its flexibility – it will happily play with many of the most popular systems – Windows, MacOS, and Linux included – and it doesn’t have Outlook’s in-built favoritism for Exchange accounts, so it opens up an electronic democracy in your inbox. It also has what is, on balance, slightly better spam filtering than Outlook – as perhaps is only to be expected from Mozilla, which has always made security its USP.

But it also has business-specific advantages – not least of which is its easy, logical address book, so you’ll never worry about losing a client’s details again. Social media plug-ins are helpful too, and while at first you might not think you’ll need them, the increasing importance of social media as a business tool means once you’ve started, you’ll wonder why Outlook neglects to add those plug-ins to its offering.

While it’s not wedded to Exchange, it has no problems connecting to it, so you can make the move from Outlook to Thunderbird seamlessly and fast, and while this isn’t the first concern for enterprise users, it also happens to be free, which allows you to shave a sliver off your departmental and overall corporate budgets.

Is there a downside to moving to Thunderbird? There may be, in that because it’s free, it comes without the support packages that underlie any product’s enterprise use. The fact that it’s inherently a less buggy email offering than Outlook might well mitigate that lack of support, and there is a forum to ask if things go wrong, but no absolutely reliable safety net of coverage in the event of serious issues.

Despite that, though, Thunderbird feels like an Outlook alternative that does most of what you ever need Outlook to do, with fewer inherent bugs, and a handful of extra features that make it an attractive option.

If you’ve ever wasted a morning trying to get Outlook’s interface to do what it promises to do, or spat indignant fury at Microsoft apps that say they link easily to Outlook and then inexplicably don’t, Mailbird might be the alternative you’re looking for.

Mailbird has an interface that’s clean, intuitive, user-friendly, and designed to save you time and frustration, so you can get on with all the other things you have to do. What’s especially useful is that the clean look doesn’t actually mean it’s not as feature-rich as Outlook – it does – just that the cleaner dashboard prioritizes the things you’re likely to use every day.

Those features include much more straightforward integration with third-party apps (WhatsApp, Google Calendar, LinkedIn, etc). You can also integrate all your mailboxes on a single screen, a usefully intuitive search function for attachments, and an option to ‘snooze’ particular emails until you have the time to get to them.

And, while standard Mailbird allows integrations with ‘personal’ third-party apps for a small fee, the upgrade to business app integrations (Slack, Teams, etc) costs very little, and comes with unlimited “VIP” level tech support and an unlimited number of devices on the system. That has to make Mailbird worth a look if you’re determined to move away from Outlook.

If until now, you’ve been a dedicated windows-centric enterprise, and you’re worried about the fallout and complexity of moving away from Microsoft for your email requirements, eM Client Pro is worth considering. eM Client Pro is Outlook-like to some extent, in that you can do lots of the useful things Outlook lets you do, like store your contacts, make yourself appointments that can be shared with others, and update To-Do Lists. It also operates on a Windows platform, so it’s at least as intuitive to a long-term Windows-based business as Outlook itself.

It can connect to a host of third-party email providers like Gmail, Hotmail and Yahoo, which can be useful if you’re mailing across businesses or to individual accounts because it allows you to sync your calendar with users on entirely different systems, so meetings don’t get missed due to broken connectivity.

The eM Client Pro interface is intuitive to Outlook users too, and you get the usual junk mail filtering and email conversation thread-stacking you’d expect of a modern enterprise email solution. It’s wildly compatible with both Microsoft Office, but also with Google’s Workspace, and with Exchange, so there should be little issue on that score. 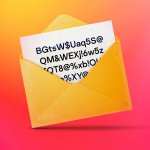 And some of the extra useful features make a strong case for eM Client Pro, too, including optional lifetime upgrades, mass mail capabilities, and – increasingly important these days – an in-built license manager.

You get VIP technical support with eM Client Pro, too, and you get to choose precisely how many devices you want to use it on, so you’re never paying for more than you need.

At the time of writing, eM Client Pro will cost you around $40 per year per device, so that ability to specify exactly how many devices you need covered is important. But as a business-focused alternative to Outlook, eM Client Pro is right up there among the first rank of candidates.

Zoho Mail takes a somewhat different approach to email than some of the others on our list – particularly for enterprise customers. In its essentials, it’s a kind of Outlook+ email and collaboration tool (with features like the ability to tag teammates, add comments, etc, as well as the standard email add-ons like calendar, bookmarks and tasks), Zoho Mail has a particular CIP level service for its enterprise customers that starts with a consultation to understand your business’ particular email needs.

If you decide that you need more than basic Zoho Mail, the company will work with you to deliver the features you need in a personalized front end, so you can more or less design your own interface – if you want to spend the money to do so.

The company also offers the option to try the system out for some early-adopters in your company, to iron out any performance or intuition wrinkles, so that when it’s implemented across the board, there should be little to no comeback with undiscovered issues.

And the technical support from Zoho Mail is advertised as being available around the clock, so you get a lot of safety net for your money.

Quite how much money that is will depend on how much specialization you go for, but the basic package is significantly cheaper than the likes of eM Client Pro. If you’re looking for a more considered, phased, and company-supported move from Outlook to a new enterprise email environment, Zoho Mail could easily be the way to go.

If your enterprise is less Windows-based and runs on a more a Google Workspace basis, Zimbra Desktop is distinctly worth your time.

Particularly popular with open-source developers, it works alongside Exchange with so issues, and connects to any number of other email hosts and social accounts, which means communication both across your company and across the business world is relatively ubiquitous and slick.

But for Google Workspace users particularly, Zimbra Desktop does a few extra tricks. It lets you sync your data – emails, calendars, tasks and contacts – across clients, for seamless data support. And being a desktop rather than a webmail, Zimbra lets you work offline, which can be useful if you’re working on the go and find yourself at the mercy of the WiFi gods.

There are a couple of things to watch out for with Zimbra though. First of all, if you were looking for a simpler enterprise email alternative to Outlook, you need to look higher up our list. Zimbra is, if anything, more complex than Outlook, and it’s very distinctly not a plug and play option. Most businesses will need some time to settle in to using the Zimbra alternative.

And, like eM Client Pro, Zimbra comes with a full support network in case of any issues arising – but it costs. And then, potentially, it costs some more – even at its Premier support level, Zimbra holds some elements of an all-cases support model back to charge for as “Premier Add-Ons.”

Those are things to consider before you necessarily choose Zimbra Desktop, but it’s still a highly competent Outlook alternative with a handful of particularly attractive extra tricks for Google-based businesses.

The Choice Is Yours

Outlook is good enough for the majority of enterprises around the world. But it’s possible it’s only good enough because it was an early architect of what email should look like, and be able to deliver to enterprises. Nowadays, there are at least a handful of perfectly good alternatives – and many of them qualify as being actively better than the original. Your mileage is always free to vary on these decisions, but any one of our 5 best Outlook alternatives is likely to be the best option for many enterprises out there.