Account bans or suspensions can be more than an irritation. 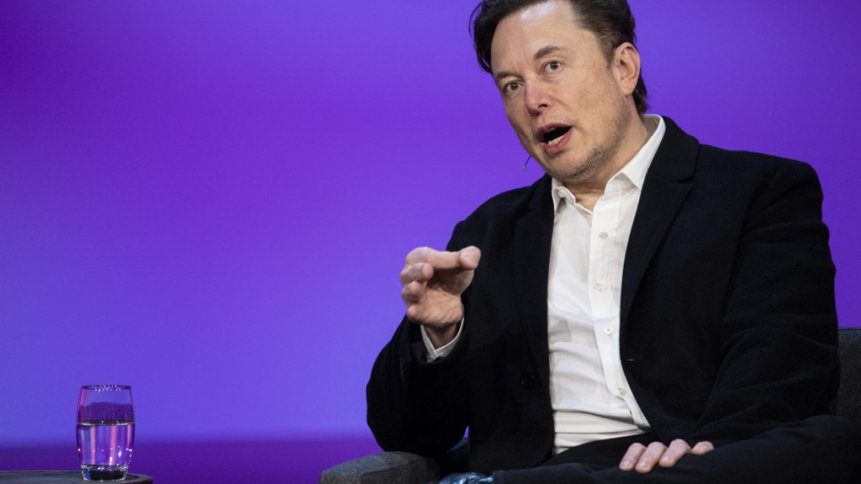 The Tesla chief threatened to back out of his deal to purchase Twitter, accusing it of failing to provide data on fake accounts. (Photo by Ryan Lash / TED Conferences, LLC / AFP)

Technology maverick (and world’s richest man) Elon Musk dominated headlines for a while recently with his will-he-won’t-he attempt to purchase social network Twitter. Among various factors the Tesla and SpaceX boss has floated for not finalizing the acquisition are freedom of speech concerns, the prevalence of bots on the platform, and the potential overturning of some of the most controversial Twitter account bans in recent memory.

The touted US$44 billion buyout has been in a holding pattern for the past two months as Musk, the Twitter board of directors, and the mass media have become active agents in the drawn-out saga – owing primarily to the technology sphere’s resident bad boy Musk pulling out one debatable tactic after another and leveraging his status as a headline-grabbing media darling (not to mention his own prodigious social media fanbase) to publicly call out what he considers as Twitter missteps. Among his criticisms of Twitter, its policies and its board are the handling of various data privacy and account misuse complaints, including some of the high profile bans of big voices on Twitter. 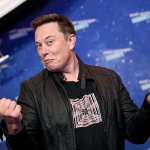 Ever since gaining more public notoriety in recent years than any celebrity technology demigod ought to have, Musk has often seemed deliberately to take the more controversial stance when it comes to matters not directly affiliated with one of his entities. Despite this role as a loudhailer for whatever his opinions might be on any day, on any subject, he’s still managed to make innovative businesses happen like Starlink, that connects swathes of rural America and other inaccessable parts of the world with affordable satellite-based internet coverage.

A couple of years ago, the consumer electric vehicle pioneer (underground enthusiast and amateur brain surgeon) delighted in manipulating his Twitter following, and resultantly the cryptocurrency markets, by posting incessantly in support of Dogecoin, despite that “currency” being known as a crypto ‘meme’ coin, meaning it has no intrinsic value and was created ‘for LOLs’, as its founders have readily admitted. Despite Musk’s claims that Doge could operate as a ‘store of value’ for funds, more likely his support was his way of showing just how influential he could be over large groups of people – especially cryptocurrency investors.

That media firestorm pales in comparison to his recent Twitter buyout dissonance, where among other things, Musk has publicly stated his intentions to allow firebrand public figures like former US president Donald Trump and other right-wing conspiracy theorists like Infowars’ Alex Jones back on Twitter, reversing their lifetime bans in favor of a “timeout,” AKA a temporary account suspension to cool their most inflammatory jets.

As grandstanding as many of these celebrity account bans can be on social media (including platforms Facebook and YouTube, which have their own role-call of apparently wronged individuals), many ordinary people get temporary account suspensions or outright bans on Twitter, on the regular. And many suspensions are not for an incitement to storm the nearest national legislature, or a claim that there are ‘weather weapons.’

As a matter of fact, the Twitter Rulebook is constantly evolving and there is no guarantee that what is considered Twitter canon today, will still be legal in 2023. Or even next month, as the service’s community guidelines are nebulous at best, prone to re configuring due to a host of plausible reasons, and of course, quite opaque to all but a few. And the best part: Twitter is under no obligation to inform affected users of rule changes, meaning you could be happily practicing what you know to be best practices from yesterday, but unannounced amendments to the fabled Rulebook can result in a suspension, anyway. 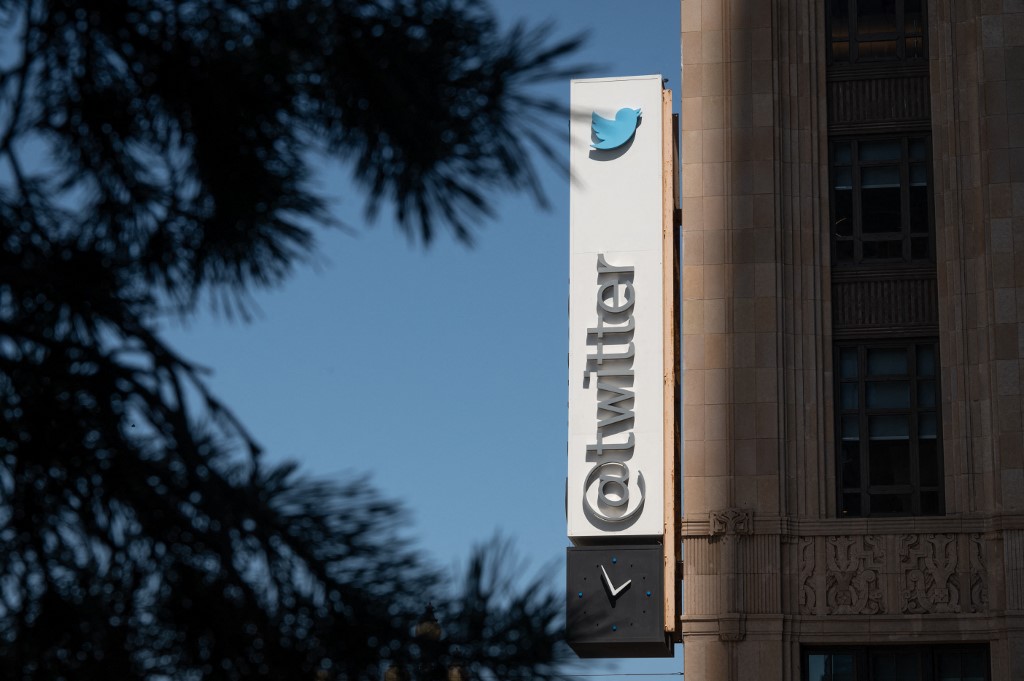 Shading Twitter. Twitter will yield to Elon Musk’s demand for internal data central to a standoff over his troubled US$44 billion bid to buy the platform, US media reported on June 8, 2022. (Photo by Amy Osborne / AFP)

Commonly affected are business users who harness the platform’s reach and proclivity to promote to engaged communities with an interest in their activities, products, or services. This can however backfire, as Twitter guidelines can change overnight. Case in point: old hand Twitter marketeers will no doubt be familiar with notices about ‘power sharing’ on the network, ie. the multiple posting and sharing of tweets to lengthen a post’s visibility. Sometimes, this is also accomplished by use of multiple accounts, so that interested parties might see the similar ‘viral’ content across accounts they follow. But as of at least 2021, the following actions have been prohibited, and the following violations notice is to be found in the Rulebook:

“The following behaviors are violations of the Twitter Rules: Creating serial and/or multiple accounts with overlapping use cases. Cross-posting Tweets or links across accounts. Aggressive following, particularly through automated means.

“As such, these accounts will remain suspended.” 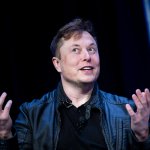 So what was once the gold standard of content-sharing on Twitter became no longer the case, and can result in lengthy bans. Also disallowed is the posting of “duplicative or substantially similar Tweets on one account or over multiple accounts” operated by the same user. As of 2018, the use of the same hyperlink in varied tweets with different caption content can also land your tweets (and account) in muddy, automated regulatory waters. Inexplicably, accounts can also be suspended for the “aggressive” liking and retweeting of too many tweets at around the same time. This is presumably to prevent automated bots spamming posts with interactions – but the definition of “aggressive” interactions is not publicly known. To all intents and purposes, it is up to Twitter’s policy makers’ undisclosed personal preferences.

Alongside these frankly headscratch-inducing violations, there are also a series of legitimate reasons for Twitter account suspensions or bans, which most reasonable parties can agree on – even though they might infuriate and disrupt the regular social behavior of account holders who mistakenly get caught up in one of the platform’s regulatory policing sweeps. Some of these can be authenticity violations, also known as infringements caused by impersonating someone else, using someone else’s media (photos, bios), providing fake information, or violating the copyrights or trademarks of others. Any of these transgressions may result in a temporary ban, for which the user either has to appeal to Twitter via the offending account, or wait an indeterminate period for the ban to be lifted (if it is not a repeat offense).

Quite rightly, there are bans for endangering the safety of oneself or others, for using the platform to transmit threats, promoting self-harm or violence or child exploitation, or posting and sharing other types of adult content. And most recently, Twitter can now mete out lifetime bans for endangering the privacy of other users. Posts under this category could include sharing or threatening to share personal information of others without their consent; incentivizing other users to share third-party personal data by offering rewards and such; and leaking private media like photos and videos of others without their consent.

Not all suspensions are created equal – temporary bans can vary, but the offending account might keep some limited ability to DM followers, or to like/retweet/tweet in a limited capacity. These “read-only bans” can last anywhere from 12 hours to seven days, but they’re not the end of one’s Twitter experience for good. Permanent suspensions like the ones Trump and Jones have, are generally irreversible, barring the acquisition of the platform by an individual who believes in propagating extremists’ thoughts.

The problem for commercial marketers is one of dependence on a secondary platform for results. That has its risks, naturally, but those risks can be compounded by any attempt to “game” the system. In previous decades, stuffing websites with high-ranking keywords irrelevant to a site’s content was at first frowned upon and eventually punished by being ignored on SERPs. Twitter and YouTube users whose livelihood rests on their content being published on those platforms have to adhere to the rules but at all times be aware that without warning, their main publication channel(s) may shut them down.