E-waste on the rise as manufacturers limit repairability

"Refreshing" your hardware often means it ends up in landfill. 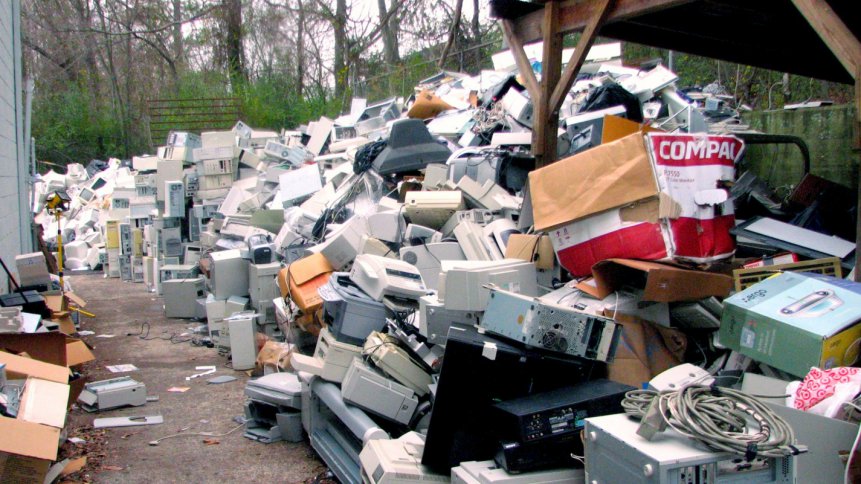 While electronic devices and tools are changing lifestyle patterns and providing information with just a tap on your smartphone, they also lead to increased e-waste. Electronic waste comprise 0.01% to 3% of the total global waste, but studies state that e-waste is growing three times more rapidly than any other kind of garbage.

Around 2.5 million tonnes of electronic equipment are used every year, predominantly smartphones, laptops, and toys, with predictions that the global e-waste will amount to 74.7 million tonnes by 2030. Designed-in shorter life cycles and lack of repair options are fueling this most rapidly growing waste type.

America, home to electronic giants, has recycling endeavours ‘right to repair’ announced by the European Commission aims to make repairs cost-efficient, systematic, and attractive. Consumers generally prefer to buy products with better repairability even if they have to pay more, European experience has shown.

For example, Apple is the leading consumer tech and the most prominent company worldwide by market cap, offering premium electronic products year after year. However, one of the crucial reasons Apple sells a staggering amount of smartphones is that consumers can’t repair these phones easily. Moreover, consumers switch from one iPhone to another because of battery drains or a new model with advanced capabilities rolls out. 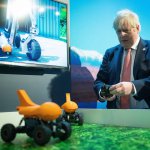 Unlike Fairphone or Framework laptop, devices with repairability engineered in, Apple’s repair policies are pretty, well…debatable. Authorised services providers must pay to become Apple’s official service partners– the only way to get genuine Apple parts. Repair shops can only fix those issues that Apple permits explicitly, such as battery or screen, and Apple’s devices are deliberately tricky to repair as they use exclusive tools and designs that only Apple engineers or the highly-skilled can disassemble. For instance, it sticks batteries to other components deep down under several layers of body parts.

So, if you face battery issues in your iPhone, the option to buy a new model model is made pretty attractive relative to high costs of repair or replacement. Apple argues that it’s risky for anybody to use third-party parts as it can compromise security.

After the E-waste from the US is transported to China, it is dumped in Guiyu,littering the streets,& posing health risk to residents. As workers sift through #Ewaste, they are exposed to high levels of lead, which proves detrimental to their health #FactMatter #DidYouKnow #Fact pic.twitter.com/W3KgRsUaHx

The French government now demands tech companies to give a repairability score to their products, a mark of how easily the phones, for example, are repairable. Unfortunately, Apple issued an average score of 5.5 out of 10  for its iPhones and MacBooks. Other brands like Microsoft and Samsung also gave themselves a poor score, highlighting that these giants are still taking the e-waste problem indifferently at best.

The ecological vs. economic reasoning is as follows: If repair and maintenance are complicated, consumers often will buy new models that consume additional energy and resources, generating more toxic e-waste. Hence, the right-to-repair policy is gaining importance–if consumers and businesses are given increased and easy access to repair, we can solve the growing e-waste problem. And when people stick to their gadgets for a longer period, it normalises the idea of not buying brand new phones, laptops and all-in-one desktops consistently.

Of course, tech companies fear this normalisation as it would imply fewer sales of new devices. This is why they’re debating the right-to-repair laws as these typically demand electronics manufacturers to put manuals online, make repair tools accessible, and sell genuine device parts. With corporate interests lingering, nonprofits and right-to-repair advocates believe that tech companies deliberately overlook e-waste as an environmental crisis.

But some companies understand the concerns around e-waste and offer sustainable and durable products. The products are designed in such a way that they are easy to repair and long-lasting. Eva Gouwens, CEO of the Fairphone, says that its hardware is always modular, and easy to repair. “[We] have upgrade and recycle programs to ensure the materials are used sustainably,” Eva said.

Fairphone is one of the most sustainability-focused companies in the mobile technology sector, with a platinum Ecovadis medal. Its Fairphone 3 has an iFixit score of 10/10, yet with an attractive, slim design that makes repairs as easy as possible. The need for slimness is often quoted as a reason why many devices are not repairable — a stance that ignores the phone case-shaped elephant in the room.

Though Apple’s newly launched Self Service Repair program aims at giving easy access to genuine Apple OEM parts and manuals for DIY iPhone and Mac repairs, experts are not sure about the impact it will have. Is this a case of a tech giant hedging its best before local legislatures begin to flex their muscles? Apple certainly has form on that score.

Nonetheless, to decrease e-waste and ensure sustainability, we must use electronic gadgets for longer. You can reduce the impact generated due to e-waste by 31% if you use a gadget for five years. While smaller manufacturers have a smaller market share than popular industry players, they’re working towards a big goal and creating new benchmarks in the industry. All brands need to invest in environmentally friendly recycling efforts and improve sustainability. Without these, there will soon be no-one to buy the all-new Samsung Galaxy 18 Plus Max Note.