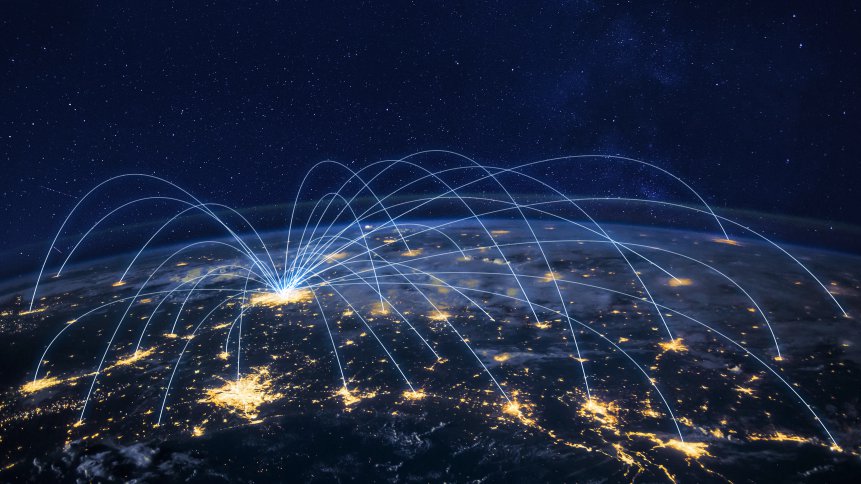 Cisco Live! was back in-person in 2022. Source: Shutterstock

Cisco Chair and CEO, Chuck Robbins, kicked off the first Cisco Live! conference of the post-pandemic era by delivering a “State of the Union” keynote speech, focusing on the learning, the change, and the opportunity that the Covid years have brought.

His message was that the post-Covid world (if indeed, that’s genuinely the world we’re in) is much more complicated than it used to be, but that complication was both “the new normal,” and could bring incredible positivity and potential with it.

Summarizing some of the complications, he said “Think back to what we’ve dealt with over the last five years. We started with global trade war tariffs, we rolled into a pandemic, we dealt with social justice issues, we have a war in Ukraine, we have runaway inflation, we have supply chain issues. But other than that, things are pretty smooth.”

But he added some almost motivational meme wisdom, with the idea that complicated is the new reality, and that there is always going to be some crisis in the mix going forward.

“If we’ve been waiting over the last five years for something to get better, or to wake up to things being back to normal, it just wouldn’t happen. And what we have to now deal with is that in the new reality, there’s always going to be some sort of crisis. It just feels like that’s the world we live in.”

No-one expected the head of Cisco to miss the phenomenal impact of technology during the time of the pandemic, and Robbins laid out that impact for the 16,000 crowd live in the hall, and an audience of livestreaming viewers around the world.

“What we learned during the pandemic is that the technology is incredibly powerful…all of my peers, CEOs, heads of state, heads of government, they understand it now. They got up close and personal with this technology. And then their minds started racing about what’s possible. Now we all have the opportunity to take that lesson, and the power of the technology, and continue to drive the transformation, in whatever business or government entity that we work in.”

Technology kept, if not the lights on, then at least the economy rolling throughout an era of lockdown, social distancing, and an enforced work-from-home scenario that went worldwide. Robbins told the crowd at Cisco Live! that on some level, that sense of being forced to interact with technologies had acted as a reset button in the psychology of society.

“We talk about bringing people into the digital economy. And we learned during the Covid pandemic, we can educate people over this technology, we can provide aspects of healthcare over this technology. And now that no-one goes back to the office, we can hire people where they are. So, we can leverage this technology to solve some of the biggest problems in the world.”

Beneath the digital post-pandemic dream though, Robbins said the new world and its opportunities was forcing everyone to think about exactly how their application architectures worked, given the new challenges and opportunities of the post-Covid world.

“We know that the Covid pandemic actually accelerated [thinking about problem-solving]. Everyone is re-architecting their applications, changing how you think about them, determining whether they’re better run in the public cloud or in the private cloud, or better consumed as as SAS (Software As Service) offer. Everybody’s going through that thinking right now. Everyone is trying to figure out how we actually make hybrid work…work. Because that’s the new world we live in.”

The key, said Robbins, was thinking about the world in a much more distributed way, rather than a simple, siloed, person/problem/product way.

That, he said, was a very different world and workplace from the one in which Cisco and others had built the original networks that are now the legacy technology of the pre-Covid era.

“We all built our networks based on applications running in a private data center with a very clear understanding of how our traffic was going to flow. None of that exists anymore,” he told the crowd. “We have to build these dynamic agile networks that have security built in, that can accommodate any traffic pattern, any user to any application anywhere.”

If there’s a fly in the post-pandemic ointment, it is the nature of arms races. Threat actors will always exist, but making it more difficult to do their job could seem antithetical to a widely distributed post-Covid working world.

The more expanded and distributed the world of work becomes, the more points of potential weakness there are for threat actors to target. The one great thing about networks running in a private data center is that they’re harder to hack than anything more diffuse and distributed. As Robbins explained,

“That same environment that you’re navigating creates a very complicated threat landscape. The threat actors are cranking it up. And a lot of the dynamics, a lot of the things going on in the world, are contributing to an incredible increase in cyber activity. It’s gonna force us to rethink our security architecture.”

So, there are plenty of challenges ahead in Robbins’ post-pandemic world of opportunity. But as he said, “I think that we have to now deal with the new reality that there’s always going to be some sort of crisis. It just feels like that’s the world we live in.”

The challenges, for developers and enterprises in this brave new world, will be to spin the plates of creating agile networks, delivering security at a distance, delivering reliability in the “any user to any application anywhere” working environment, and coming up with ways to continually beat the ever-evolving threat actor menace.

But the rewards, in this technology-awoken future, could be huge.