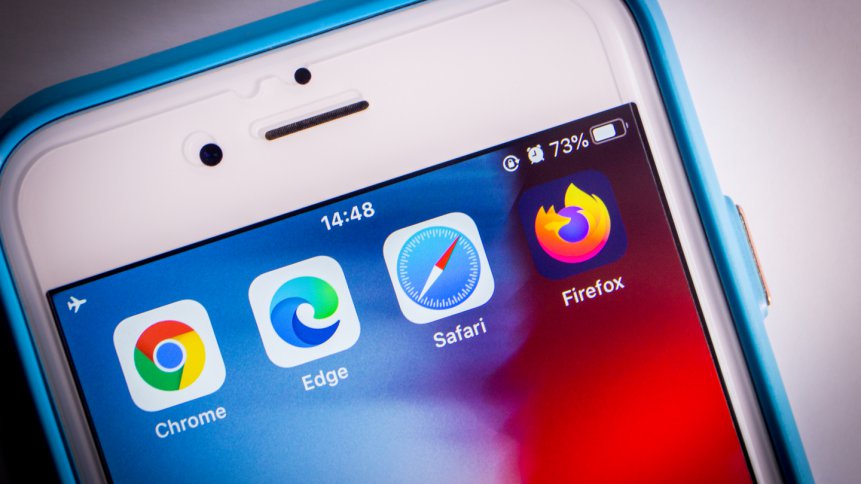 Busting the myth of ‘Incognito’ browsing. Is it really private? Source: AFP

Browsers come and browsers go. A handful manage to cling on, and begin a long process of upgrades to keep offering what the public wants from a browser. Internet Explorer, once the dominant player has been retired this month (although a handful of long term support contracts ensure it’s still around). As of 2021, Google’s browser, Chrome, was the market leader, with over 3.2 bn user worldwide. The silver medal browser, with a comparatively meager 576 million users, was Safari.

Firefox – A Browser on the Ropes?

Mozilla’s Firefox, once a must-have browser for its security features, has been in trouble during the pandemic years. In fact, it’s lost around 30 million active users between 2019-2022. That has led some tech watchers to assume that Firefox has lost its grip on what users need from a browser in the 2020s. But it’s a mistake to count Firefox out just yet. Particularly given a set of changes that have just been made to Chrome. Known as Manifest V3, the changes are meant to increase user security on Chrome-based browsers. Mozilla’s Firefox has always lived and breathed security. In fact, it was one of the main features that drove people to adopt it in the first place, especially during Internet Explorer’s period of dominance, a time when “browser-based security issue” was a common trope in cybersecurity briefings.

Manifest V3 is, as Google says, “one of the biggest shifts” in its extension platform since Chrome was launched. It changes Google’s philosophy around end-user privacy, and gives a head-nod to Mozilla’s perpetual security focus. Google users have been concerned that when Manifest V3 is implemented, their privacy-based ad-blockers may stop working. Which means that in a bid to enhance the end-user security of its platform extension, Google may just have punched a hole in Chrome’s ad-blocking capability.

Firefox – A Browser Bouncing Back?

Mozilla on the other hand has just announced that within Firefox, ad-blockers will continue to work as normal. That means that after its own implementation of Manifest V3, it will still support the ad-blocking version of browsers’ WebRequest API.

In fact, in a blog, Mozilla declared it would: “…also ship support for declarativeNetRequest. We will continue to work with content blockers and other key consumers of this API to identify current and future alternatives where appropriate.”

So, suddenly, Chrome users may have an arguably less safe, or at least a more annoying, internet experience than Firefox users. Google has re-iterated its commitment to working with browser plugins to ensure their continued function, and those plugins will include ad blockers.

Here’s how Manifest V2 and Manifest V3 will crucially differ.

Under Manifest V2, the current iteration, when you load a website or page, your computer sends requests to the site, but via ad-blocking plug-ins, if you’ve installed them. They check the check the data that comes back to you. That data can come from several sources – images held on one server, forms on another, cascading style sheets on a third, advertising media on a fourth, etc, all collated to make the page you want to look at.

There are two issues that Manifest V3 is designed to solve. The first is the time this interrogation by plugin takes. And the second is the potential for plugins to alter the traffic and the interplay between your machine and the internet. There’s logic in that, because plugins can be corrupted  to allow malware through to your machine, or could redirect your website request to a spoof site and fleece you blind.

Manifest v3 will allow plugins to check and block requests checked against static resources, like a fairly specific blacklist, but won’t check everything in a dynamic manner, as under Manifest V2 currently.

The result is that v. 3 should remove some of the time lag experiences prevalent in Manifest V2. It should also be better for maintaining a secure plugin ecosystem.

What Google fails to acknowledge is that users (via the plug-ins they install) will have less control over precisely which ads make it past the user-installed checks and onto the computer screen. And that, purely by coincidence, is compatible with Google’s position as the world’s biggest online advertising agency.

Essentially, Manifest V3 could give control over which ads you see to a company that’s potentially paid by the advertisers to let you see them, bypassing the pesky blocking code that, in Manifest V2, would have stopped you from being bothered by ads. Google will still be working with ad blockers, but in the world of Manifest V3, not all ad blockers may be created equal.

But in life and business, there are occasional windows of opportunity, and Mozilla is taking full advantage of this moment. With roughly 10% of the browser market, compared to Chrome’s 65%, it has to take any opportunity by the horns. It’s committing to keeping its ad-blockers in place despite Manifest V3. But Mozilla is also maximizing its focus on the issue, writing blogs showing Chrome users how to switch to Firefox.

It’s possible that users and developers might be swayed by the ad-blocker issue to give Firefox another try. And every day that sees Chrome users run into ad-blocker issues can only help Mozilla. It won’t have Google quaking in its 3 billion boots, but it might convince users to “see other browsers.”

And once users have moved browsers once, it may be difficult for Google  to win them back. After all, the older browser delivers much of what Chrome does in 2022. Its primary focus on security, including the universally-loved “Container Tabs” facility, added to a relatively fast, seamless surfing service, means previous Chrome users may struggle to remember exactly why they switched to the Google browser in the first place.

Professional tech users are usually happy to change their browsers on the basis of complex perceived benefits. Most of the non-tech internet users in the world tend to stick to their browser of choice unless it visibly begins to affect their experience. A breakdown of ad-blockers might well do that, pushing them away from Chrome. Once they’ve moved, the subtleties of the Manifest V3 upgrade in Chrome may not provide sufficient reason for the majority of them to move back.

And reminding the world of its history as a security-first browser may well win users back to Firefox.

This issue, and that reminder, may be just what Mozilla needs to get over its three-year user-slump. While it won’t match Chrome, it may help bolster Mozilla’s position against market rivals like Microsoft Edge.

Meanwhile, the clock is ticking at Google to either match Mozilla’s continuing support for ad-blockers, or to explain why it won’t. Or at least, get its message over with more clarity and, we’d hope, some transparency about all of its motives.