Since demand for data scientist jobs is expected to cause an immense talent shortage, perhaps businesses should consider retraining or cross-training their existing employees. 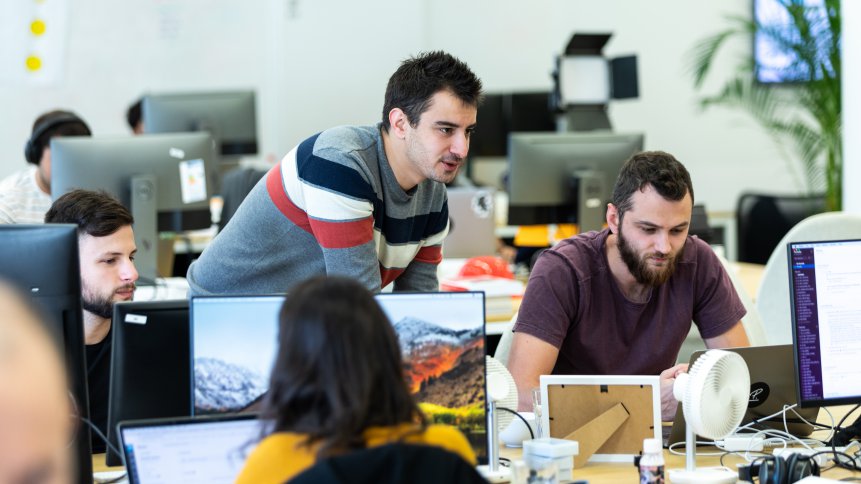 Retrain or cross-train for a career in data science? Source: Personio 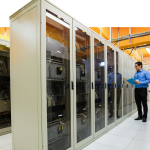 It is pretty safe to say that we are living in an age where data is vital to almost every type of business. Having to produce actionable insights for organizations is only made possible with data—lots of it. But for Big Data (isn’t all data “big” these days?) to be valuable, employees with skills in data science are needed to tease those insights out of terabytes of data.

There is enormous value in data processing and analysis, but getting quality data is another matter. Even three years ago, poor data quality cost businesses worldwide anywhere between US$9.7 million and US$14.2 million. This year in the US alone, bad data is estimated to be costing the country roughly US$3.1 trillion. That cash would fund plenty of data science roles, you might think. But like cybersecurity experts, systems administrators capable of bare-metal deployments at scale, and even software developers with just a few years of experience, demand from employers far outstrips the supply of properly-skilled staff.

So what about data’s value? A McKinsey report last year estimated that big data initiatives in the US healthcare system, for example, “could account for US$300 billion to US$450 billion in reduced healthcare spending or 12% to 17% of the [country’s] US$2.6 trillion […] healthcare costs”. Data has become the single most valuable commodity in the business world, so the role data scientists play is suddenly imperative to ensuring business survival.

Nearly a decade ago, the Harvard Business Review called data scientist the “sexiest job” of the 21st century, and from 2010 to 2011 (according to dataversity.net), job postings for data scientists increased by 15,000%. Since that early explosion, that trend has slowed. Yet the US Bureau of Labor Statistics continues to see strong growth in the field and predicts the number of jobs will increase by about 28% through 2026. That’s roughly 11.5 million new positions that will need to be filled in the US alone.

What does a data scientist actually do?

To paraphrase Simplilearn, data scientists translate a business case into an analytics agenda, develop hypotheses, and explore patterns to measure what impact a proposed business scenario or projection will have on a business. “They also find and choose algorithms to help further analyze data,” it said. There’s a great deal of scope in “choose algorithms” — “choose algorithms as a starting point and then hack on them so they work according to your needs” may be more accurate but is certainly less snappy. It also indicates why data scientists might be in short supply: as a job, it ain’t easy. 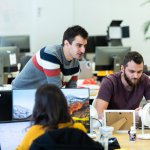 Is HR Tech the Answer to the Great Resignation?

Data science has transitioned from using business analytics to determine what has happened to trying to explain what plans will have on a company in the future. With a potential crystal ball on offer to decision-makers keen to seize on the more snake-oil aspects of data science’s capabilities, it’s unsurprising that demand is booming for roles. Yet talent in the employment market is scarce. Therefore many organizations have been considering retraining their employees to bridge the emerging skill gaps.

Retraining employees to meet the needs of the new business models of the digital age was not such a popular and pressing concept just a few years ago. In many ways, technology got easier to leverage. That may have been due to the ubiquity of smartphones and connected devices (user ability levels improved), but the SaaS model of many business-focused solutions meant that deployments were (and are) quick to spin up and use — even by novice users. However, retraining or even cross-training in-house resources to accelerate the speed at which an organization can make use of its data resources just makes sense.

Take Levi’s Jeans as an example: last year, the retailer enrolled 43 employees in a new program that teaches coding and statistical analysis. The company’s machine learning bootcamp brings in a range of workers that don’t have existing data science skills and aims to create new career growth opportunities for them by teaching them new skills, The Wall Street Journal reported.

After all, retraining employees is more cost-effective than finding new talent and more of the world’s economy returns to normal, it’s likely more businesses will turn to upskilling their workforce. At a pinch and with some degree of planning, the “University of YouTube” would probably be enough to get many people started. From there, the paths for would-be data science professionals are many and varied. From DBA to data analayst via data engineer, machine learning engineer, digital business analyst, and many more variations, staff’s individual skills and abilities can be leveraged.

So what makes a decent data science prospect? Because of the diversity of roles, specialist skills are not necessarily must-haves or even nice-to-haves. But as a rule of thumb, employers might look for someone who is comfortable using computers (not as common a trait as many IT professionals seem to assume), understands basic business principles, is OK with statistics, and loves learning new skills. The latter attribute may sound trite, but in an area that’s pretty new and developing, a thirst for knowledge is probably the closest to being a mandatory trait as there is.