Its retail operations manager stressed that physical stores were being revamped to support online purchases. 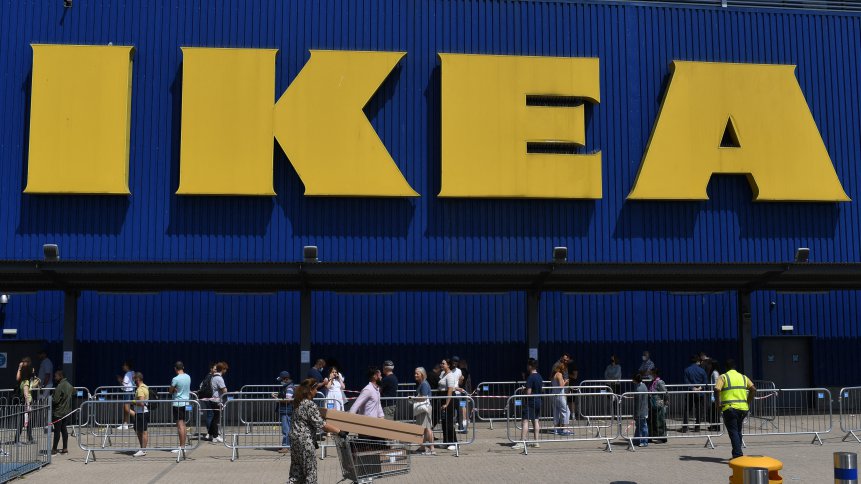 Public queue outside an Ikea store at Wembley in north-west London as it re-opens its doors following the easing of the lockdown restrictions in 2020. (Photo by Daniel LEAL / AFP)

The company that controls most Ikea branches is repurposing its stores to adapt to soaring online business. Ingka Group said Monday it was investing three billion euros (US$3.2 billion) by the end of 2023 to open new shops and modernize existing ones. “The investment will allow us to renovate and repurpose already existing stores“, Tolga Oncu, retail operations manager at Ingka Group, which manages over 400 of Ikea’s 500 or so stores worldwide, told AFP. As more and more businesses focus on online shopping, the company noted in a statement that “our stores remain one of our biggest strengths”.

But Oncu also stressed that physical stores were being revamped to support online purchases. He cited the example of an Ikea branch in Kuopio, Finland, which has been upgraded to support shipping online orders.

The expenditure of three billion euros by the end of next year marks a step up for Ingka, which invested 2.1 billion euros in its new and existing shops between 2019 and 2021. Major investments of almost 1.2 billion euros are planned in London, and Ingka will also continue investing in markets that are considered mature, such as Spain and Germany.

Founded and headquartered in Sweden, Ikea is owned by a complex structure of companies and foundations based mainly in the Netherlands, Switzerland, and Liechtenstein.

Traditionally, massive Ikea stores have been placed in suburbs or on the outskirts of towns, but the furniture giant started a change in strategy by opening its first city center shop in Hamburg in 2014, and a new model with a smaller offering in Paris in 2019.

It is also planning to open new stores in or near city centers, notably in Nice this week and in Stockholm this summer. The pioneer of flat-pack furniture to be assembled at home was founded by Ingvar Kamprad in 1943, and has grown into a multinational giant present in some thirty countries.

At the beginning of March, Ikea announced the suspension of its major activities in Russia and Belarus following Russia’s invasion of Ukraine. The move affected nearly 15,000 employees, 17 stores and three production sites as well as 47 suppliers in Russia and 10 in Belarus. “Our business will remain paused until further notice,” Oncu told AFP.