With customers demanding for near-instant gratification on their delivery orders, the pressure is on fleets and managers to make supply chain ends meet. 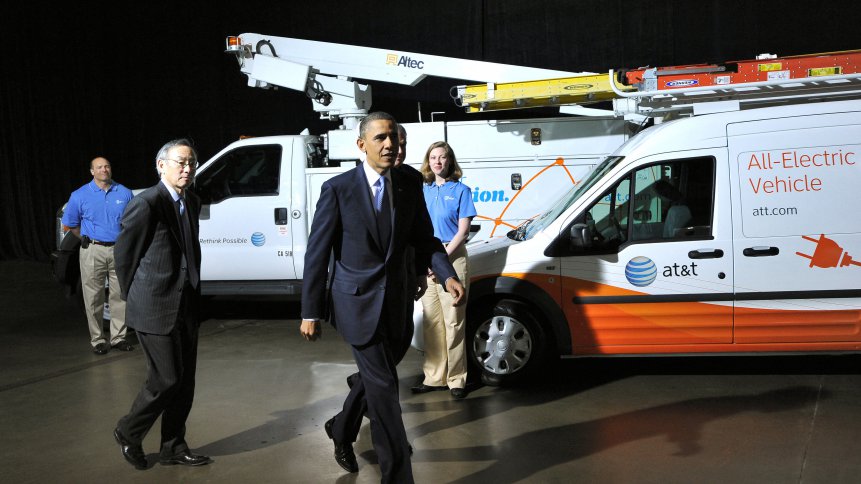 The logistical and supply chain shortfalls precipitated by the lockdowns and other subsequent aftereffects of the COVID-19 pandemic have had disastrous dual impacts on fleets and transport management of all sorts. Even as the health crisis has fueled online purchases and thus led to a big rise in demand for e-commerce warehousing and fulfillment, it has also taken its toll on both spiking costs as well as failing to live up to climate goals as established in the recent Paris Agreement and COP26 summits. 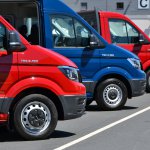 In general, the economic situation for the UK and Europe, for instance, is not looking good for the rest of the year, with soaring inflation (up to 10% plus in the UK, around 6% on the Continent) rates and primary fuel supplier Russia’s ongoing conflict in Ukraine giving rise to steep fuel prices. As one of the primary industries affected by rising fuel costs, fleets — regardless if they travel by land, air, rail, or even sea — are especially vulnerable over the next year and a half.

But with today’s end-customers especially demanding instant or near-instant gratification on their delivery orders, the pressure is on fleet and transport managers to make supply chain ends meet as quickly as possible and keep the last-mile deliveries flowing without disruption — lest they lose the business and profitability edge they have gained over brick-and-mortar retail in the past two years.

Similarly, when it comes to the vehicles in the fleets themselves, automotive supply chains have been tossed into disarray, and it is causing price surges. And when it comes to fleet sustainability initiatives, more than half of all new vehicles coming off of production lines globally in 2029 would need to be electric for the sector to be compliant with the goal of capping global warming at 1.5 degrees Celsius above pre-industrial levels, according to Influence Map, a research NGO that evaluates corporate climate goals and policies.

At the same time, 11 of the 12 international carmakers — while publicly supporting the Paris Agreement — have actively opposed government policies to accelerate the shift to electric vehicles, especially the planned phase-out of internal combustion engines by 2030, Influence Map said. And with such a competitive retail marketplace in the US, suppliers are having to turn to more and more regional deliverers to supplement the ‘big three’ fulfillment specialists over there with their own dedicated fleets — namely the US Postal Service, UPS, and FedEx.

Going with non-traditional fulfillment arms can add new layers of complexity to already challenging deliveries as they pass through many relay points along the way to the doorstep, such as fulfillment centers, distribution zones, sorting centers, and intermediaries. But thankfully, fleet management systems such as Verizon Connect and Chevin Fleet have been developed to address these critical issues, such as real-time parcel tracking and a digitized data trail, adding a greater degree of visibility to the e-commerce supply chain than used to be there.

By using interconnected technology, where route planning processes take into account historical vehicle data, for instance, fleet managers can begin to optimize operations for better efficiency, lower fuel consumption, and overall, better cost. The advanced route planning capabilities of Verizon Connects transport management platform can be used to plan each journey to be as fuel-efficient as possible. That can mean that some journeys may take marginally longer, but they can be planned in advance using data insights supplied from the sensor and other telemetry tech embedded in vehicles directly.

Boeing fleets take off in the UK

British Airways owner International Airlines Group (IAG) has reached an agreement for 25 Boeing 737-8200 jets, also called the 737 MAX, and 25 of its 737-10 aircraft at a “substantial” discount but worth US$6.25 billion at list prices, which also comes amid signs of recovery in the global aviation sector that was ravaged by travel fears and closed borders during the deadly pandemic. Analysts, however, expressed doubt over whether it was a vote of confidence for both Boeing — its MAX aircraft recently experienced two fatal crashes — and the aviation sector as a whole.

The US aviation titan last month logged a US$1.2-billion first-quarter loss, weighed down by costs of its Russia business, the Air Force One presidential jet, and its delay-hit 777X plane in a growing litany of problems. The fuel-efficient MAX jets will be delivered between 2023 and 2027 to replace aging aircraft in IAG’s fleet. 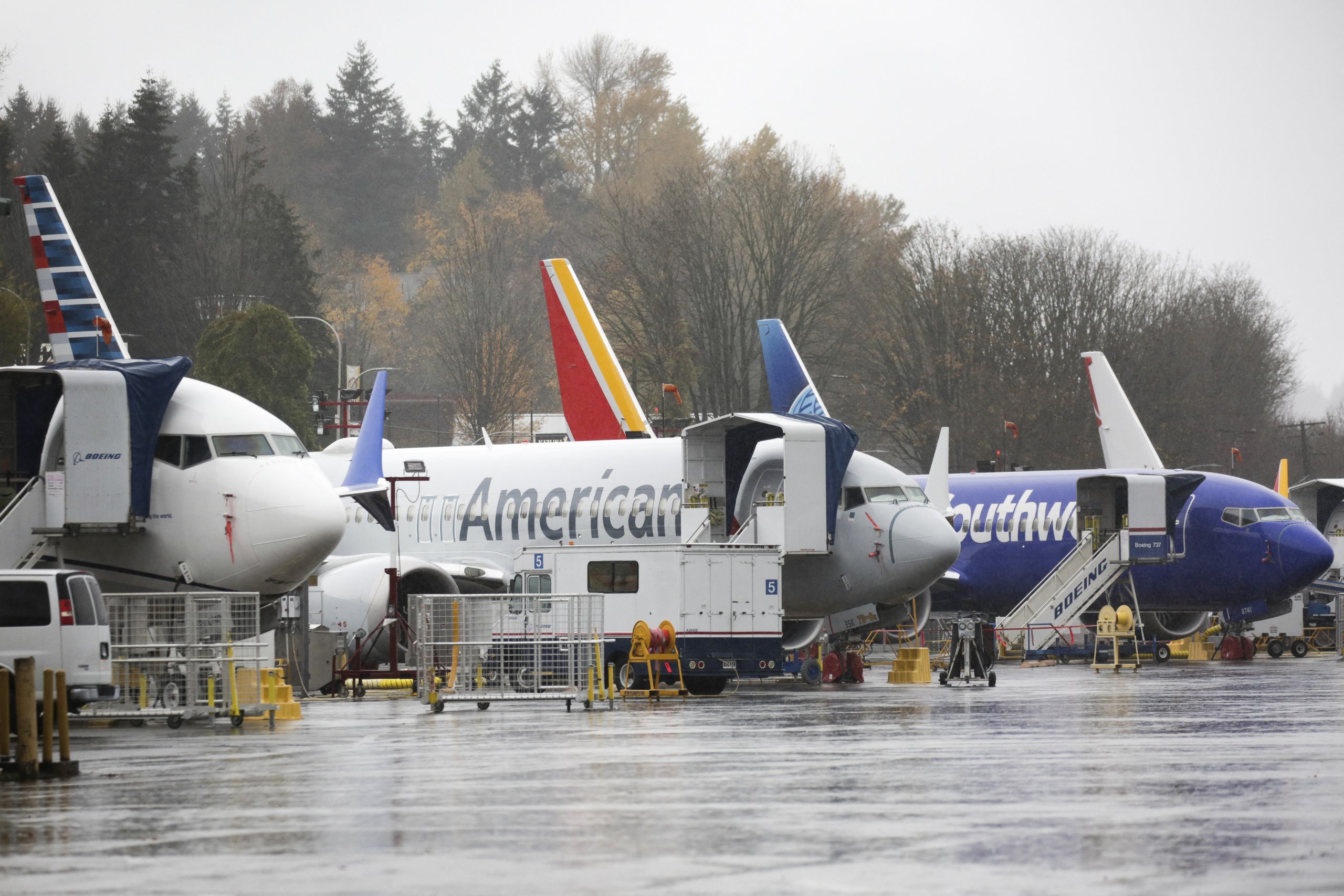 Boeing 737 MAX airliners on the ramp at Renton Airport adjacent to the Boeing Factory in Renton, Washington. (Photo by Jason Redmond / AFP)

IAG added in a statement that it also has an option to purchase 100 more MAX planes. “The addition of new Boeing 737s is an important part of IAG’s short-haul fleet renewal,” IAG chief executive Luis Gallego was quoted as saying. “These latest-generation aircraft are more fuel-efficient than those they will replace and in line with our commitment to achieving net-zero carbon emissions by 2050.”

But while this might look like a boon for both the airlines’ owner (IAG also owns Spanish carriers Iberia and Vueling, and Irish carrier Aer Lingus) and its air fleets, CMC Markets analyst Michael Hewson told AFP that the order was “more about the (aviation) industry’s woes than anything else.”

IAG “gets a discount for replacing its older, less fuel-efficient aircraft and Boeing gets to offload its 737-MAX planes which it is struggling to offload in the wake of the two crashes which trashed its reputation”, he said. “It’s certainly not a vote of confidence in the conventional sense.”

Meanwhile, across the Atlantic, various cost- and environment-conscious projects are underway. Last week in the US, Elektros, an American electric transportation company that innovates mobility solutions for consumers and businesses, announced that the company has started the purchase order process for several electric vehicles from Tesla to launch the company’s heavily anticipated all-electric vehicle rental car division by October this year.

With the current demand for vehicles at all-time highs, the company looks forward to providing consumers with accessible and affordable car rental alternatives that will also aid in reducing the carbon footprint in the future. The company also foresees high demand from consumers who want to experience Tesla vehicles for the first time without having to purchase the vehicle.

“Securing our first fleet of electric vehicles for our rental car division fleet sets milestones for our company,” states Shlomo Bleier, CEO of Elektros Inc. “Elektros will be the world’s first-ever fully electric vehicle rental company.” The first all-electric vehicle fleet will become available through Turo, a carsharing company, in Sunny Isles Beach, FL, before expanding to other cities nationwide. The company looks forward to pioneering the future of electric mobility with sustainability in mind. 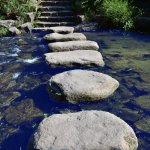 And public transportation fleets are not completely behind privatized endeavors, at least not in Canada. The city of Toronto is digitally transforming its rail public transport system and has just appointed Ricardo Certification as the Independent Safety Assessor (ISA) for the forthcoming digitalization of rail transit across the Greater Toronto and Hamilton Area (GTHA).

As the ISA, Ricardo will provide independent scrutiny of the program’s safety documentation during its design phase, ensuring it is in full compliance with relevant standards. Performing these assessments at this early stage will reduce the risk of delays, or costly rectification works during the construction, installation, and testing phases.

The role was awarded by Metrolinx, a Crown agency of the Ontario government that is responsible for GO Transit, the regional network of rail and bus services in GTHA. GO Transit’s rail network consists of seven lines operating out of Toronto’s Union Station, served by an aging fleet powered by diesel locomotives.

Infrastructure limitations have imposed a variable timetable across the network, with traffic oriented towards peak rush hour direction. However, rail passenger numbers on GO Transit have steadily risen in recent years: in 2020, the network was carrying over 57 million passengers a year.

A rail upgrade program, ‘GO Expansion’, will deliver a faster and more frequent service using modern electric-powered rolling stock. The program also includes a new track, signaling, and over 650km of electrification. The outcome will be a significant increase in services from 3500 trains per week in 2019 to over 10,000, with services operating at least every 15 minutes. The new fleet is forecast to slash operating costs by half (50%) per km.