IBM Study shows financial fraud a big problem in the US

The 2022 IBM Global Financial Fraud Impact Report also found that as global consumers have moved nearly exclusively to credit card and digital payments, US citizens have been victimized more regularly

Financial fraud is a global problem. While modern technology has enabled fraud to be detected faster, the reality is, that there are still many victims who fall for financial fraud.

According to a new report commissioned by IBM, US citizens have been victimized more regularly than all other countries surveyed in the report. The average American consumer loses about US$ 265 per year in fraudulent financial charges made by unauthorized third parties.

The 2022 IBM Global Financial Fraud Impact Report also found that as global consumers have moved nearly exclusively to credit card and digital payments, US citizens have been victimized more regularly than all other countries surveyed. In fact, the report showed that geographies and generations differ greatly in the frequency and impact of financial fraud.

For Shanker Ramamurthy, Managing Partner, Global Banking & Financial Markets, IBM, financial fraud and cyber threats are a growing menace to global financial institutions and their clients, increasing the need for companies to accelerate preventative measures to stay ahead of sophisticated criminal activity.

“As the global economy’s evolution toward a cashless society continues at breakneck speed, banks and other financial institutions must continue to invest in modernizing their infrastructure and bolstering critical talent to meet the challenges they face from bad actors,” explained Ramamurthy.

The study also showed that American citizens are the most frequent victims of debit card fraud in all the countries surveyed. Americans also registered a large percentage of instances when it comes to being victims of credit card fraud, banking fraud, or digital payment fraud. This includes using digital payment apps like PayPal, Venmo, and Square.

Who is responsible for financial fraud?

At the same time, 22% of American respondents are not confident in their bank or credit card’s ability to handle fraudulent charges or suspicious activity, not nearly as much as in Japan, where almost one-half of respondents claim to not have faith in their financial institutions.

Interestingly, the report also found a wide range of generational differences, as millennials are consistently the biggest victims of all forms of fraud, ranging from credit and debit card fraud to digital wallet, digital payment, banking, and tax fraud. This is followed by GenXers and GenZers. 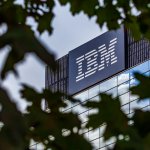 IBM going big with AIOps solutions for enterprises this year

As the results show differing views towards financial fraud, the reality is, that consumers need to be vigilant about their financial activities online. While modern technologies are able to prevent fraud, many fraudsters still manage to find a way to get their victims. Be it individuals or enterprises, taking financial services lightly could end up being a costly affair.