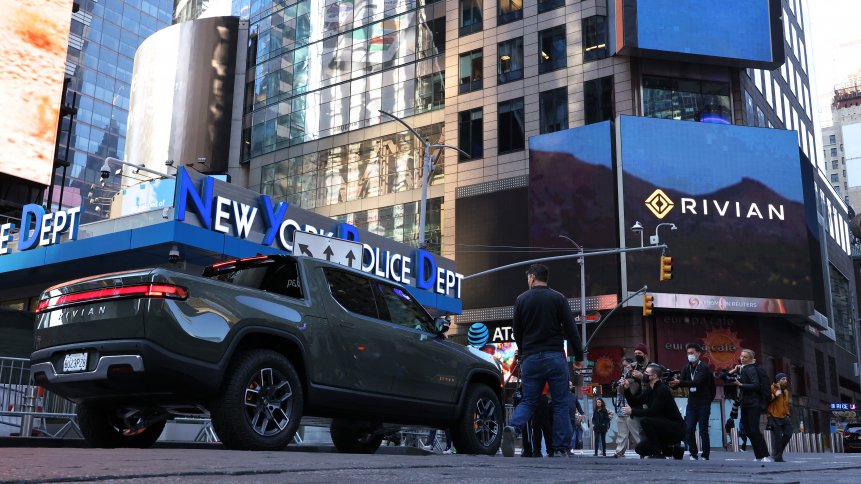 Rivian, an electric truck maker backed by Amazon and Ford, made its debut at Nasdaq going public with an IPO valued at close to $70 billion. (Photo by Michael M. Santiago / GETTY IMAGES NORTH AMERICA / Getty Images via AFP)

Echoing statements from General Motors, Ford executives described “pent-up” consumer demand for autos in a market characterized by limited vehicle supply, despite rising inflation. GM’s CEO Mary Barra admitted during a media call that while “there’s still volatility in chips”, there has been an improvement in semiconductor availability compared to late-2021. “We’ll see stronger chip supply in the second half of the year. We still believe that we’ll be able to make 25-30% more vehicles this year than last year,” according to a Bloomberg report.

The result has been elevated auto pricing that has so far enabled Detroit carmakers to offset soaring costs from steel, nickel, and freight. In the first quarter of 2022, Ford averaged US$57,514 for the F-150 truck, up 16 p% from 2020, according to data from Edmunds.com. Ford maintained its forecast of between US$11.5 billion and US$12.5 billion in adjusted earnings before interest and taxes, citing the effect of “continued strong pricing.”

Of note is that Ford reported a loss of US$3.1 billion, following a US$5.4 billion hit from the value of the company’s investment in Rivian, which makes electric trucks. Rivian CEO R.J. Scaringe told Reuters that just like Ford and their competitors, the young electric vehicle startup is at the mercy of supply chain bottlenecks, particularly semiconductors.

Unlike more established automakers though, chip suppliers are skeptical if the fledgling EV maker will be able to achieve the production numbers that it has guaranteed. Chipmakers are instead promising larger allocations to the more entrenched car manufacturers, most of which still produce traditional combustion engine rides as opposed to electric or hybrid vehicles.

At the heart of this supply shortfall is the low volume of electric vehicles being produced by dedicated EV firms like Rivian, versus the significant output of a big traditional player like Ford or GM. The ‘Big Auto’ manufacturers are considered more attractive to suppliers of semiconductors and other in-demand materials as not only do they make larger ‘guaranteed’ orders, they can even pay for a year’s worth of chips in one transaction, according to Dan Hearsch, managing director in the automotive practice for consulting firm AlixPartners.

While Rivian shares have fallen by 60% so far this year, Ford’s adjusted earnings before interest and taxes were US$2.3 billion. Revenues fell 5% to US$34.5 billion. 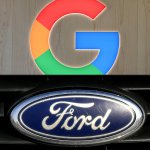 Ford said semiconductor supplies remained limited in January and February, but manufacturing rates “significantly improved” in March. Chief Financial Officer John Lawler said Ford has been “aggressive” thus far in lifting prices, with pricing “just about offsetting cost increases.” The company expects more vehicles to hit the market in the second half of 2022, which means the market will be “in flux,” the CFO commented.

“As volumes increase, it (pricing) will be dynamic,” Lawler said on a conference call with analysts. “If commodities keep going up, we’ll be aggressive.” Ford shares rose about 1% to US$15.00 in after-hours trading.